The hit HBO show “Game of Thrones” that racked up a record 32 Emmy nominations became such a cultural force that it even unintentionally spawned a slogan for one of the NFL’s most tradition-rich divisions.

“Defend the North” was a familiar mantra for the mythical characters in the vicious drama. That might as well be the theme of this season for the Chicago Bears, who became NFC North champions last year for the first time since 2010 behind a ferocious defense led by All-Pro edge rusher Khalil Mack.

The Bears were the league leader in turnovers forced and points allowed and ranked third in sacks and yards, the biggest reason they went 12-4 in coach Matt Nagy’s first season. Mack, acquired in the blockbuster trade with Oakland eight days before the 2018 opener, is back to headline the unit along with fellow Pro Bowl picks cornerback Kyle Fuller, defensive tackle Akiem Hicks and safety Eddie Jackson.

The Bears have plenty of defensive company in this division, though.

The Minnesota Vikings, who stumbled to an 8-7-1 record after reaching the NFC title game, kept their deep, experienced group intact for coach Mike Zimmer’s critical sixth year on the sideline. Hey, they even use a wintry, “Game of Thrones”-style pregame hype video in the build-up to kickoff at U.S. Bank Stadium.

Sure, the Green Bay Packers are still quarterback Aaron Rodgers‘ team. Their biggest offseason move was to hire Matt LaFleur as their new coach, hoping to have found the NFL’s latest under-40 offensive mastermind. They used free agency to find three new starters on defense, however, including signing safety Adrian Amos away from the Bears. One source of optimism for a turnaround in Titletown from a 6-9-1 finish starts with the acumen of defensive coordinator Mike Pettine, who stayed on staff after the changeover from the fired Mike McCarthy.

With the Bears (third), Vikings (fourth) and Lions (10th), the NFC North sported three of the top 10 defenses in the league last season in terms of yards allowed. Here’s a closer look at the NFC North quartet in 2019:

The Bears again ought to be difficult to advance against, with offensive disrupters well established at each of the three levels even if they can’t maintain their torrid takeaway pace of 2018 with 27 interceptions and nine fumbles recovered out of 19 fumbles forced. Chuck Pagano replaced Vic Fangio as defensive coordinator after Fangio took the step up to become Denver’s coach.

“We understand what the expectations are. It’s really change the changeable, accept the unchangeable, right? And remove whatever’s not good,” Pagano said.

Assuming more progress by quarterback Mitch Trubisky and running back Tarik Cohen in Nagy’s creative scheme, the position that could make or break Chicago’s chance of repeating as division champion for the first time since 2006 is kicker. For now, that person is Eddy Pineiro. He emerged from the drawn-out competition to replace Cody Parkey, who infamously missed a 43-yard field goal in the one-point loss at home to Philadelphia in the playoffs.

The Vikings have failed to finish with a winning record twice in five years under Zimmer (7-9 in 2014 and 8-8 in 2016), and they followed both flops with a division title the next season. They’ll lean on Zimmer’s proud, seasoned defense to try to extend that trend, with all but one starter returning. This group has become so tight-knit that linebacker Anthony Barr couldn’t bring himself to leave in free agency, reneging on a verbal agreement with the New York Jets after a sleepless night in March. 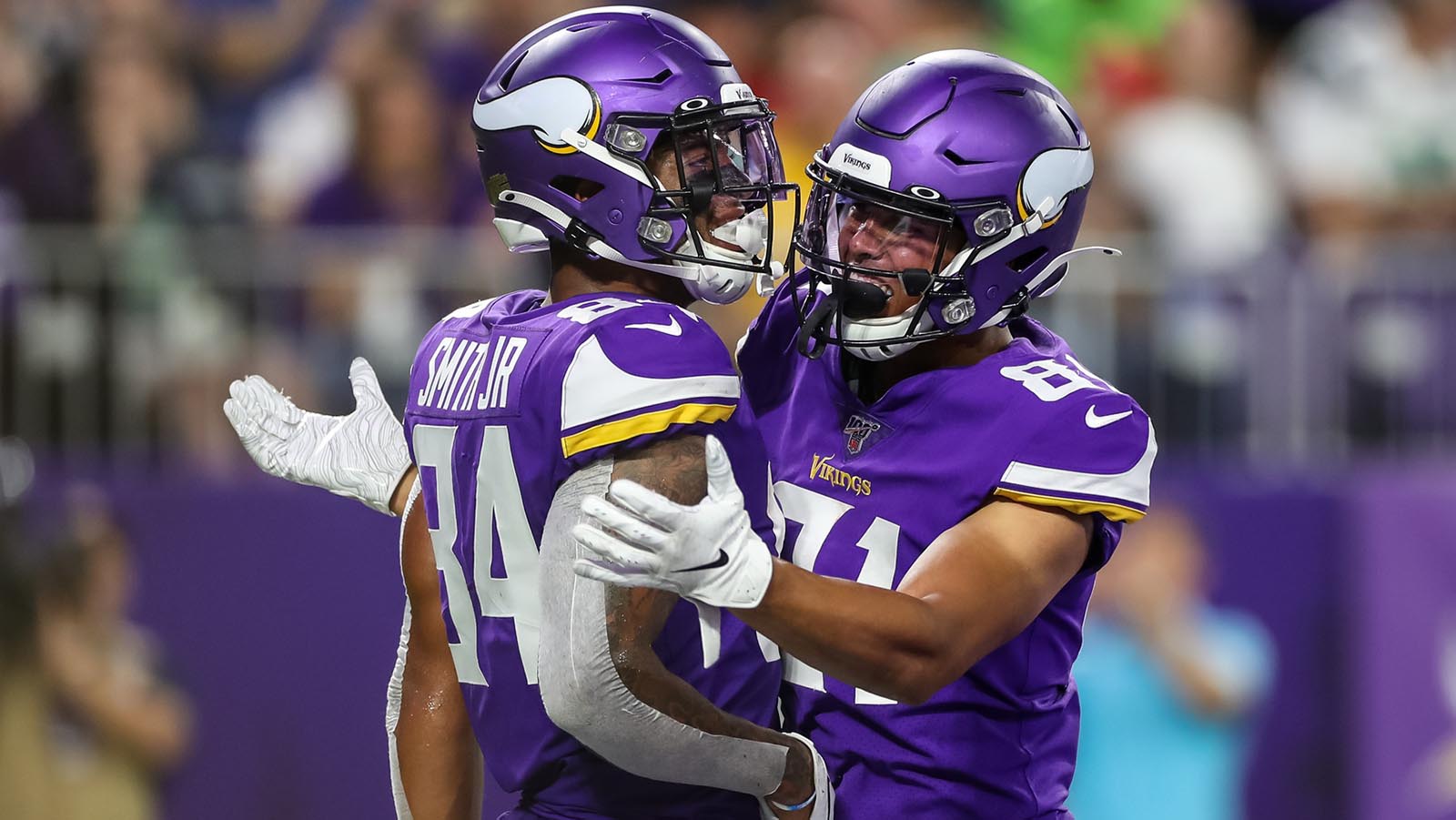 The offense under quarterback Kirk Cousins disappeared down the stretch last year. Zimmer’s first remedy was to hire former Denver and Houston coach Gary Kubiak as an offensive adviser. Cousins has a new center, Garrett Bradbury, and a dynamic tight end, Irv Smith Jr., thanks to the first two rounds of the draft. Ultimately, Cousins must produce more of those clutch performances in critical games that his NFL resume has so far lacked.

“I’m pretty much a .500 quarterback in my career so far, and I don’t think that’s where you want to be,” Cousins said. “That’s not why you’re brought in or why people are excited about you.”

QUENCHING FOR THE QB

Rodgers has entered his 15th season and his 12th as the starter in a new system under LaFleur, who was the offensive coordinator for Tennessee last year. While the once-potent offense in Green Bay has not been nearly as dangerous in recent seasons, the onus falls just as hard on Pettine’s defense to help the Packers return to the playoffs after a rare two-year absence.

They signed pass rushers Za’Darius Smith and Preston Smith along with Amos in free agency, and they used first-round draft picks on outside linebacker Rashan Gary and safety Darnell Savage.

“It’s just a different feel on that side of the ball,” Rodgers said. “I feel like there’s a little more juice.”

Though the Lions lost seven of their last 10 games last season, the defense finished strong with a total of 27 points allowed over the final four games. Premier run stuffer Damon Harrison Sr. will have Daniels and Flowers on either side, a strengthened front that ought to help the Lions improve upon their second-worst-in-the-league total of 14 turnovers forced last year, and give quarterback Matthew Stafford more support.

“It’s going to be scary to see what they can do. From a back-end standpoint, that’s exactly what you want,” said free safety Andrew Adams, one of several additions to the secondary. “We’re all licking our chops.”