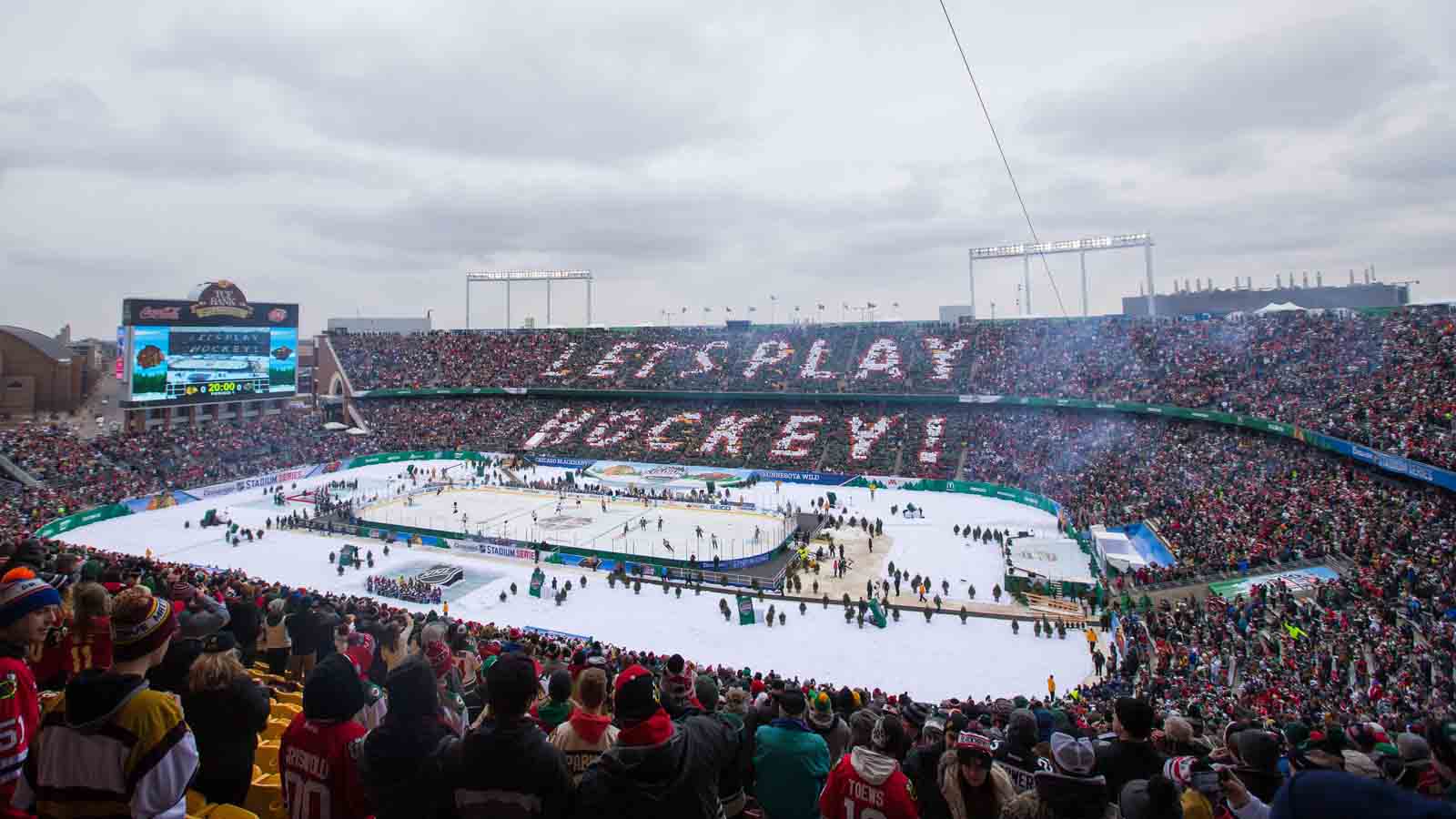 MINNEAPOLIS — Just one week ago, the Minnesota Wild were reeling from eight straight losses and the firing of their head coach.

So the scene on Sunday could not have been more surreal. They beat their biggest rival by five goals in a football stadium filled with 50,426 giddy fans for a season-best four-game winning streak.

Jason Pominville and Erik Haula each had a goal and two assists, and the Wild celebrated the first outdoor game in franchise history with a 6-1 victory over the Chicago Blackhawks.

"What a feeling," Haula said. "First to get the win, and have the whole team play that well."

With an ideal faceoff temperature of 35 degrees, the Wild turned the NHL’s 17th edition of open-air hockey into a romp past their postseason nemesis and primary rival at TCF Bank Stadium on the University of Minnesota campus.

The Blackhawks pulled goalie Corey Crawford for Scott Darling after 19 saves in two periods. Nino Niederreiter and Ryan Carter each added a goal and an assist, and Matt Dumba and Thomas Vanek also scored.

Ten players tallied at least one point for the Wild, including all three former Golden Gophers in Vanek, Haula and Mike Reilly, whose college careers took place across the street at Mariucci Arena.

"I’m usually not a big celebrator, but I got pretty fired up today," Vanek said.

The Wild improved to 4-0 under interim coach John Torchetti and 3-0 this season against the Blackhawks, the team that has eliminated them from the playoffs in each of the past three years. The Wild have scored a whopping 21 goals in those four games since Torchetti took over for Mike Yeo.

Despite the state’s rich history and nation-leading participation in the sport, the Wild had to wait awhile to play in an outdoor game.

They became the 20th team to do so since the league first staged one in 2003. The Colorado Avalanche will be the 21st when they host a Stadium Series game next weekend.

The space between the boards and the front row of the lower seating bowl was covered in fake snow and dotted with 211 evergreens for an up-north look, except for those oversized NHL, Blackhawks and Wild logos. Dumba wore excessive eye black, his "inner Ray Lewis," he said.

"The band was playing, and everybody was excited for the start of the game. You can certainly see why the football players get pretty fired up when they run out onto the field," Dubnyk said. "I found myself getting a little too excited."

There were plenty of Blackhawks fans mixed in among the locals, but they quickly went quiet. Carter took two whacks at the net on a breakaway, before Dumba swooped in to knock in the rebound with a mere 3:25 elapsed.

Vanek tipped in a power-play shot by Pominville a few minutes later, and the Wild never let up. They took a 3-0 lead early in the second period with some slick tic-tac-toe passing from Pominville behind the net to Haula up high to Niederreiter down low.

Pominville and Vanek played together with the Buffalo Sabres in the 2008 outdoor game, the first in the U.S. for the NHL.

"It’s a treat to be able to play in one of these. They never get old," Pominville said.

The only downside to the day for the Wild was the injury to left wing Jason Zucker, who took an elbow to the jaw from Blackhawks defenseman Michal Rozsival in the second period and had the back of his head slam against on the ice. Zucker needed help to shuffle off after lying still on his side for a few minutes while five members of the Wild’s medical staff examined him.

Rozsival was ejected for the hit and given a five-minute major penalty, and Zucker rode on a cart to the locker room.

Though the Blackhawks have the most standings points in the Western Conference, they’ve had a few of these clunkers this season.

"We’ve got to look in the mirror and come out ready to play," defenseman Duncan Keith said.

Notes: Kane has three goals and five assists in his past five games. . . . Pominville has 10 goals and six assists in 20 games against the Blackhawks. . . . Crawford has given up 14 goals in his past four games, covering only nine periods. . . . Wild defenseman Marco Scandella (upper body) returned from a two-game absence and had an assist. . . . This was the fourth outdoor game for the Blackhawks. . . . Haula has three goals and six assists in the past seven games.