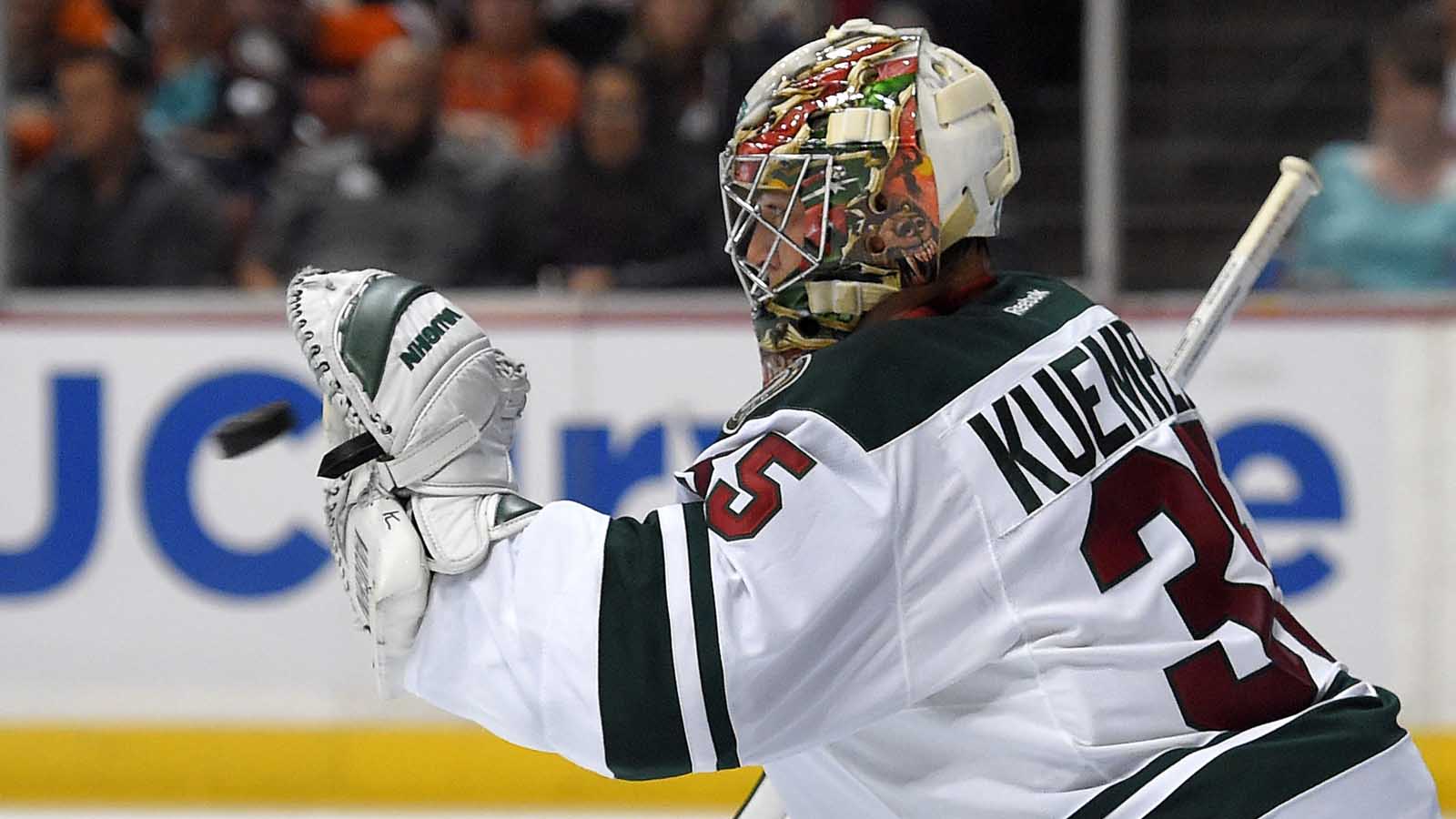 The Wild announced the signing on Tuesday.

He has played in 84 games over the past four seasons with the Wild and is 3-1-1 with 2.13 goals-against in nine playoff starts.

Wild GM Chuck Fletcher said the team was looking at trading Kuemper before the draft. But the market has cooled since then and right now Kuemper slots in behind Devan Dubnyk and Alex Stalock on the depth chart.

Kuemper was arbitration-eligible and can become an unrestricted free agent next summer.