Vikings will look to address O-line needs in draft

MINNEAPOLIS — The Minnesota Vikings will be constructing a new front five yet again this year.

Perhaps this will be the spring they can finally plant a couple of seeds for stability.

The Vikings have consistently fielded one of the NFL’s best defenses since coach Mike Zimmer took over in 2014. In the two seasons when they won the NFC North title, 2015 and 2017, they scored plenty of points, too.

Whether a product of allocating resources elsewhere on the roster, misjudging ability, or experiencing plain old bad luck, though, there has been no position more problematic for the Vikings than the offensive line.

For the fifth straight year, they’ll return no more than three of five primary starters from the previous season. Just like from 2017 to 2018, the Vikings will have two new starting guards, having released Mike Remmers to create salary cap space and let Tom Compton leave as a free agent last month.

Josh Kline, a free agent signee from Tennessee, can likely claim one starting guard spot. Left tackle Riley Reiff has been considered by the coaching staff for a new role inside, a move likely only to be made if the Vikings use their first-round draft pick on a top-tier tackle.

Pat Elflein has shown some promise over the past two years as the man in the middle, but if there’s an early round center favored by the front office and coaching staff, the Vikings wouldn’t hesitate to move him to guard, either.

They don’t have to be picky about the specific position fit, then. Adding a starter, any starter, for the offensive line next week would work.

In their first season with Kirk Cousins at quarterback, the Vikings fell from 10th to 19th in points and 11th to 20th in yards, and the performance up front was at the top of the culprit list.

After retaining offensive coordinator Kevin Stefanski, hiring Gary Kubiak as an offensive adviser and bringing in one of his longtime sidekicks, Rick Dennison, to coach the offensive line and coordinate the running game, Zimmer has another idea in mind for that critical improvement up front.

“I do think we probably have to get a little bit better there, but I also think part of coaching is helping these guys get better as well,” Zimmer said. “I think scheme can help. I think plays that you call can help.”

Here are some key angles to follow for the Vikings next week: 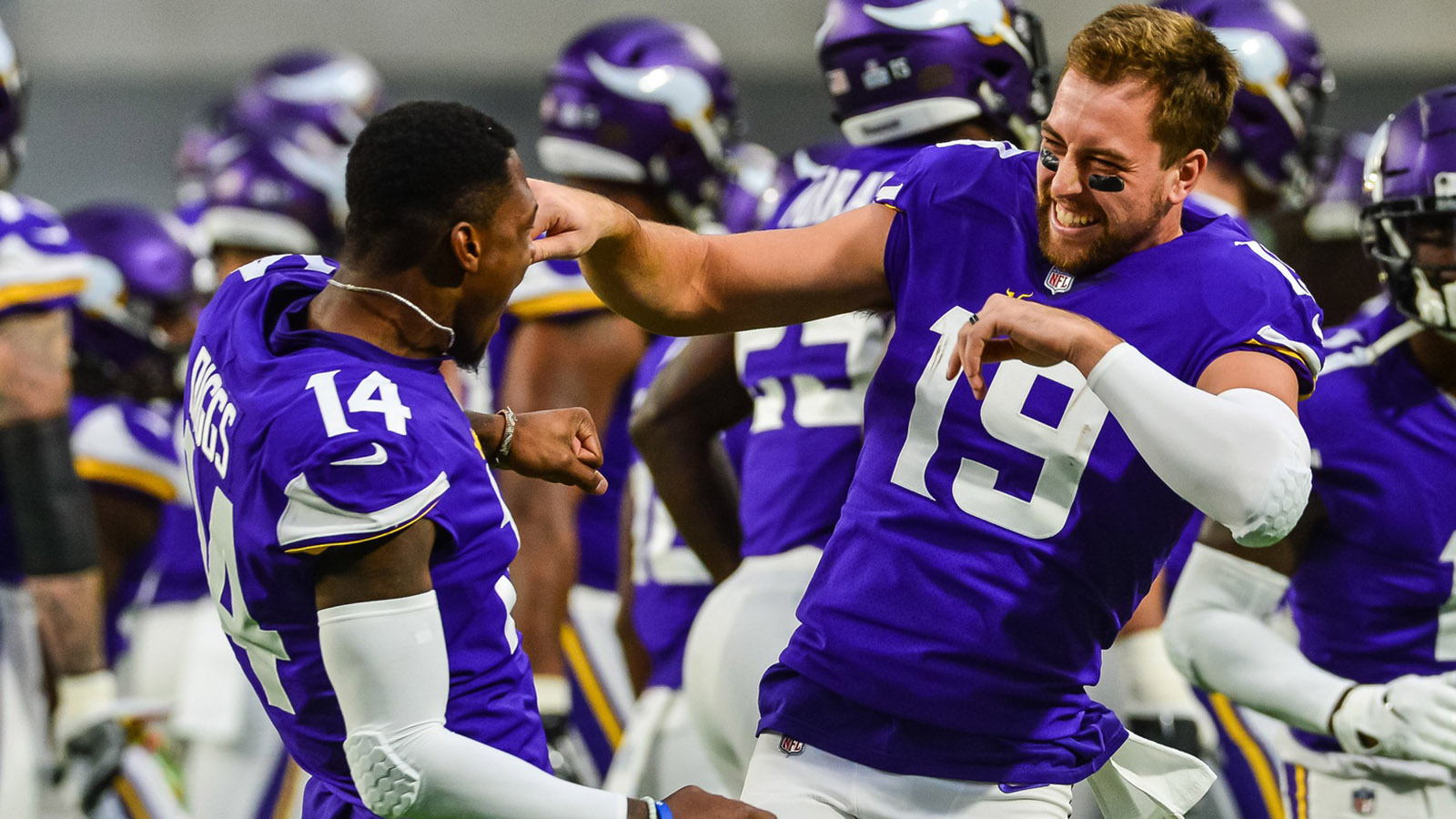 With the 18th overall pick in the first round, the Vikings ought to have plenty of the top offensive line prospects to pick from, including Oklahoma tackle Cody Ford, Washington State tackle Andre Dillard and North Carolina State center Garrett Bradbury.

The Vikings appeared primed to take advantage of a strong class of interior offensive linemen last year, but they deemed cornerback Mike Hughes too tantalizing to pass up in the first round despite the depth they had at that position at the time.

Four of the first seven picks of the second round last season were, naturally, centers or guards. Later in that round, the Vikings took Brian O’Neill, who wound up as the starting right tackle in a promising rookie year.

“Everybody gets upset if we don’t take this position in this round. Well, if that guy doesn’t fit what we do, why pick him?” Zimmer said, adding: “You can move up probably and get the exact that you want, but the capital that you have to give up is pretty steep, especially when you’re moving in the first round.”

The Vikings simply haven’t committed much draft capital to the offensive line, long predating the current regime. Since taking Hall of Famer Randall McDaniel with the 19th overall pick in 1988, the Vikings have only used a first-round selection on one of the sport’s least glamorous positions three times in the past 30 years: Matt Kalil (2012), Bryant McKinnie (2002) and Todd Steussie (1994).

ANOTHER COOK FOR THE KITCHEN

If the Vikings can finally have running back Dalvin Cook healthy for a full season, with knee and hamstring trouble having limited him to just 15 of 32 games over his first two years, their offense will get a big lift.

They’ll need a complement, though, after letting Latavius Murray leave as a free agent. Ameer Abdullah was re-signed, but don’t rule out the possibility of the Vikings taking a running back in the middle rounds.

“It’s controlling the game. It’s the mentality, the physicality. If you look at the teams playing really good on offense this year, the final four teams, they ran the ball,” Zimmer said. “Everybody says this is passing, this and that, but the good offenses run the football.” 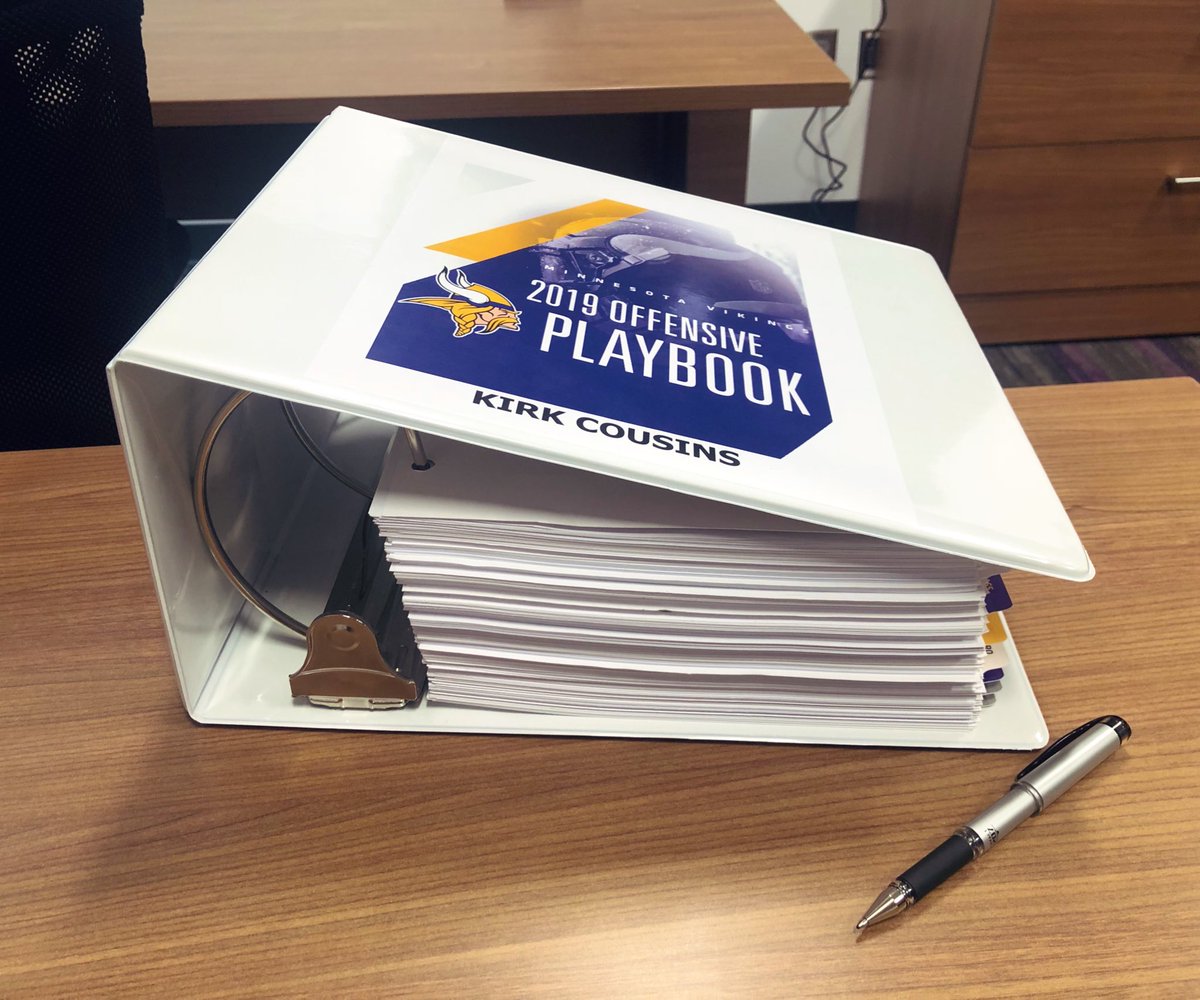 LAST SEASON: Crumbled underneath weight of Super Bowl goal they carried into 2018 with new QB Kirk Cousins following trip to NFC championship game previous year, fading down stretch of difficult schedule and losing at home in regular-season finale to rival Bears to miss playoffs for third time in five years under coach Mike Zimmer. Field goal trouble surfaced yet again, forcing dumping of rookie Daniel Carlson after his three misses cost team victory over Packers in tie on road in second game. Offensive line failed to help running game get going and keep Cousins upright, though QB made his own share of mistakes in tense season that cost offensive coordinator John DeFilippo his job.

FREE AGENCY: With recent megadeals for Cousins, WR Stefon Diggs, DE Danielle Hunter and LB Eric Kendricks pushing Vikings up against salary cap, they were mostly quiet in March. But added starters RG Josh Kline and DT Shamar Stephen. Biggest get was LB Anthony Barr, who verbally agreed to join Jets before change of heart kept him in place. Kicker Dan Bailey was re-signed, latest attempt at stabilizing that spot, but most moves were simply for depth.

OUTLOOK: Stop us if you’ve heard this before, but offensive line remains most pressing weakness. Guard is most glaring hole, even after signing Kline, but if Vikings find instant starter at tackle in first round, Riley Reiff could move to guard. Or Pat Elflein could, if they get a top-flight center. Diggs and Adam Thielen were slowed down stretch, reinforcing need for legitimate third WR. Losing Latavius Murray in free agency leaves RB Dalvin Cook more exposed, too.