A tale of two halves: Seahawks storm back to defeat Vikings 27-26 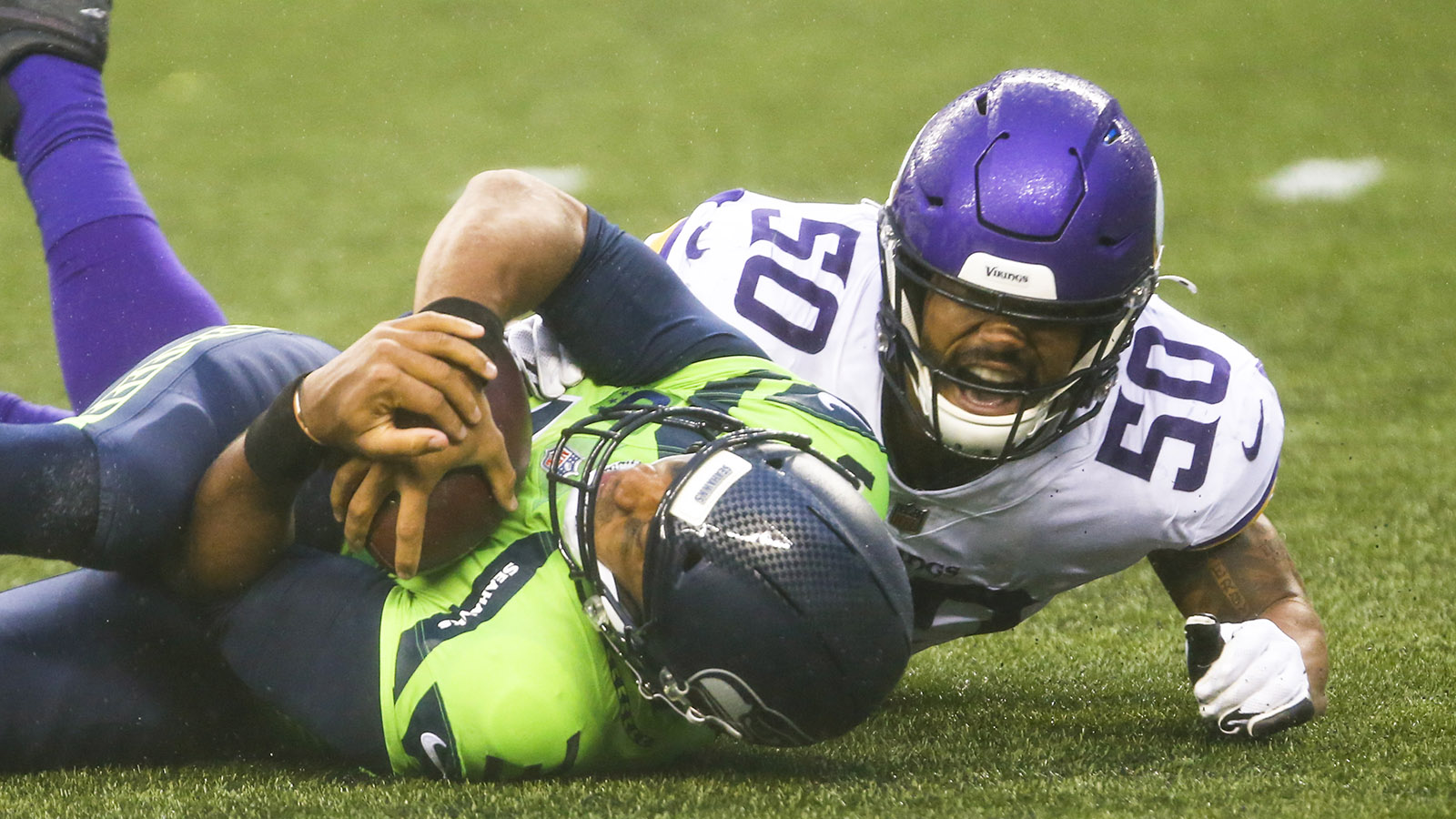 SEATTLE — By this point, Russell Wilson piecing together more late dramatics that ends with the Seattle Seahawks erupting in celebration seems almost expected.

Another late drive. Another touchdown throw by Wilson. Another Seahawks victory.

“I don’t know how anybody could ever be better than what he continues to show us in those situations,” Seattle coach Pete Carroll said. “He’s as good as you can get.”

Wilson capped a 94-yard drive with a 6-yard touchdown pass to DK Metcalf on fourth-and-goal with 15 seconds left, and the Seahawks beat the Minnesota Vikings 27-26 on Sunday night.

Seattle improved to 5-0 for the first time in franchise history with Wilson providing more prime-time magic and yet another late comeback on a soggy October night in an empty stadium.

In his career, Wilson has 34 career game-winning drives when tied or trailing in the fourth quarter and overtime — regular season and playoffs combined.

And this will rank among his best.

“I believe this is like one of the top three or four most impressive things I’ve seen this team do,” Seattle linebacker K.J. Wright said.

Wilson was 20 of 32 for 217 yards and three touchdowns. It wasn’t his best performance — he had a pass intercepted by Eric Wilson on a careless attempt midway through the fourth quarter — but he made the key throws late.

Seattle’s last drive included a fourth-and-10 conversion on a 39-yard pass to Metcalf early in the possession. Seattle appeared to get a winning TD to Metcalf on second-and-goal, but he lost the ball as he was hit from behind. Given another chance on fourth-and-goal, Metcalf flashed open cutting across the end zone and Wilson delivered a fastball into a tiny opening.

“It came down to a clutch moment … and I just saw DK run across the field and just tried to zoom it in there to him in a tight window,” Wilson said. “He just made an unbelievable catch, unbelievable play.”

Minnesota’s Kirk Cousins was 27 of 39 for 249 yards and two second-half TD passes to Adam Thielen. Alexander Mattison rushed for a career-high 112 yards in place of Dalvin Cook after he suffered a groin injury on the opening possession of the second half. But Mattison was stopped on fourth-and-1 at the Seattle 6 with 1:57 left, setting the stage for yet another Wilson comeback.

It’s a decision by Minnesota coach Mike Zimmer that certainly will be questioned. A field goal would have given Minnesota a 29-21 lead and forced Seattle to score a touchdown and a 2-point conversion just to force overtime.

Instead, the Vikings (1-4) were tagged with another crushing loss in a challenging start to the season.

Meanwhile, the Seahawks head into their bye week riding the best start in franchise history. Not even the 2013 team that went on to win the only Super Bowl title for the franchise started 5-0.

It didn’t seem another Wilson comeback was possible with Minnesota leading 13-0 at halftime. But Seattle suddenly ignited in the third quarter, with a 21-point barrage that took less than 2 minutes. Wilson hit Will Dissly and Metcalf on TD passes sandwiched around a fumble by Cousins. After Cousins’ pass was intercepted by Wright, Chris Carson rumbled 29 yards and Seattle had a 21-13 lead.

It took just eight combined plays and suddenly a 13-point deficit was an eight-point lead.

But Cousins didn’t fold. Mattison proved to be a more than capable replacement for Cook, and Cousins got hot. He was 6 of 8 for 64 yards and a 3-yard TD pass to Thielen on Minnesota’s next drive cutting the deficit to 21-19.

After Seattle punted for a second time inside Vikings territory, Cousins led Minnesota 97 yards, capping the drive with a 6-yard TD pass to Thielen. The 15-play drive took 8 minutes off the clock and gave Minnesota a 26-21 lead with 7:08 remaining.

Adam Thielen’s second touchdown of the game puts the @Vikings back on top! #Skol

“A lot of plays we’d love to have back, and that’s kind of the nature of this business when you lose,” Cousins said.

Cook’s first quarter TD run gave him a TD in every game this season. He joined Mike Evans and Tyreek Hill as the only player to score in each of the first five games this season. Cook is the first Minnesota player to accomplish the feat since Randy Moss in 2004. But he left in the third quarter with a groin injury. He tried to return for one play, but was running gingerly and remained on the sideline the rest of the game.

Zimmer said Cook would have an MRI on Monday.

Seattle was shut out in the first half for the 10th time in Carroll’s tenure. This is the first time the Seahawks have won. They were 0-8-1 in the previous nine.

Seahawks: Seattle has its bye next week before traveling to Arizona on Oct. 25.