Combination of vision, speed and strength has Vikings’ Cook leading all NFL rushers

EAGAN, Minn. — Tackling Dalvin Cook has been a challenge this season. The Minnesota Vikings running back has vaulted to the top of the league’s rushing list while leaving behind a trail of defenders who have either bounced off his 5-foot-10, 210-pound frame or simply been left in his wake.

How has Cook has made so many defenders miss? It’s due as much to his mind as his unusual blend of speed and strength.

“I just take a picture before I get the ball in my hands and kind of see what type of leverage he’s giving me,” Cook said. “Once I get it in my hands, it’s in the zone from there. I kind of put myself in place to break those tackles before I even get the ball in my hand. So I take a picture of how he’s trying to stop me and the way he’s trying to position his body, and I do the total opposite.”

The Vikings (7-3) have relied on a balanced offense to win five of their past six games heading into Sunday, when they host Denver. Cook leads the NFL in rushing yards and total yards from scrimmage, putting himself at least in the conversation about the MVP award.

This is the type of productivity the Vikings envisioned when they made Cook their second-round draft pick in 2017. Healthy now and enjoying a heavy workload to go with it, Cook has finally been able to show more than just flashes of his talent.

After totaling 183 yards in Sunday’s 28-24 win at Dallas, Cook now has a league-leading total of 1,415 yards. He leads the NFL with 991 rushing yards and is tied for second in total touchdowns with 10. He was named the NFC offensive player of the week on Wednesday.

“I see a guy that’s capable of hitting a home run every time he touches the ball,” said Broncos coach Vic Fangio, who faced Cook twice last season as Chicago’s defensive coordinator. “He runs harder than people realize. A lot of guys bounce off of him. He’s not just a fast, quick back. He’s a fast, elusive back that, when it comes time for contact, he breaks and runs through tackles. To me, he’s a complete back, plus he’s got over 400 yards in the passing game. He’s a big part of their offense.” 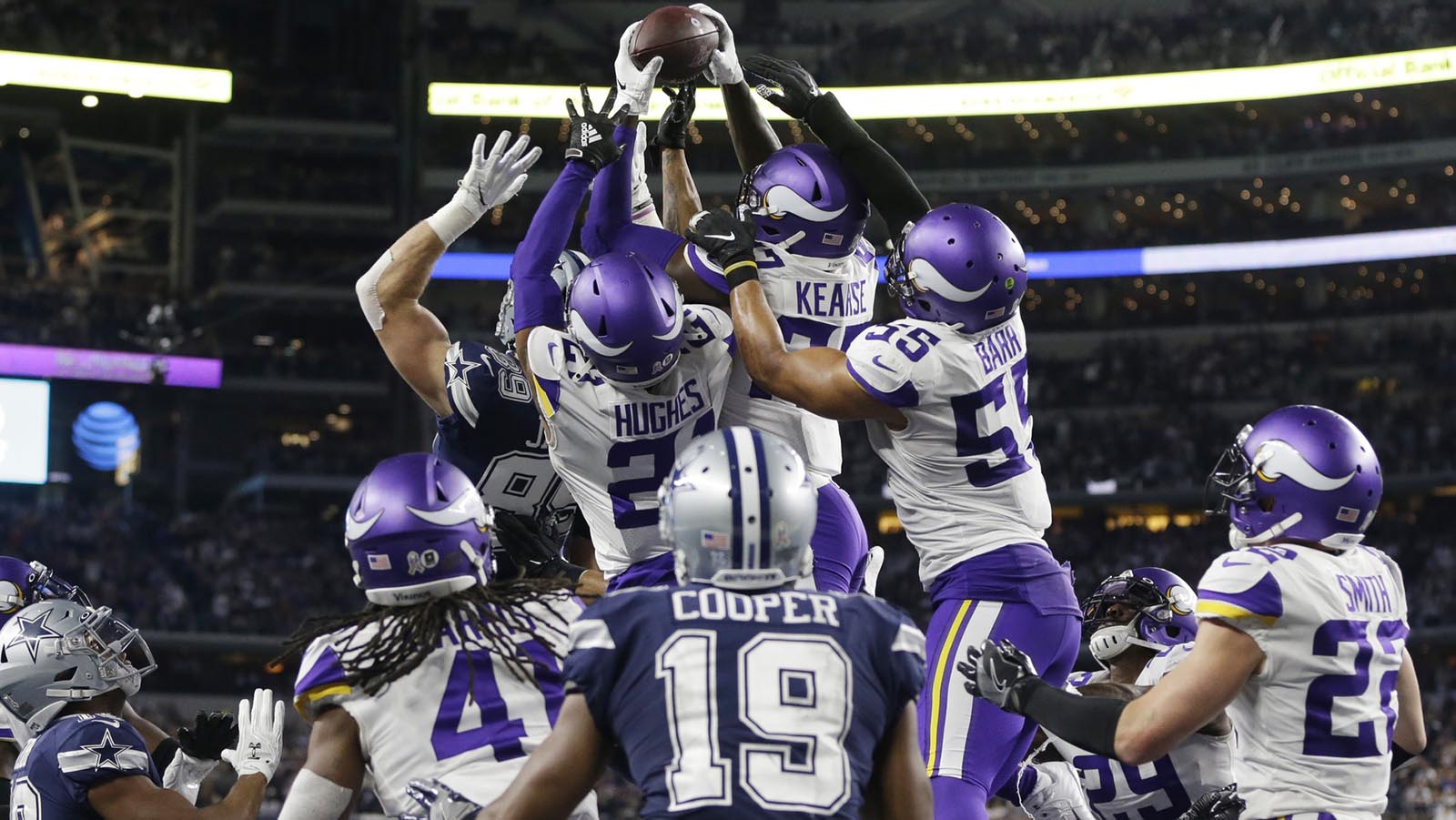 As Fangio noted, Cook has been the perfect fit for the system designed by former Broncos coach Gary Kubiak, who was hired by the Vikings as an adviser for offensive coordinator Kevin Stefanski. Since Stefanski took over the offense play calling in the third-to-last game of last season, Cook has a league-high 1,746 scrimmage yards, 1,239 rushing yards and 12 touchdowns in 13 games.

After being limited to 15 games over his first two NFL seasons because of injuries, Cook has played in every game this year. He leads the league with 203 carries, and only five running backs have more than his 40 catches.

It’s not just the workload. According to SportRadar, he’s fourth in the NFL with 26 broken tackles and fourth with 543 rushing yards after contact.

“I always knew that he was a terrific runner,” Vikings coach Mike Zimmer said. “But I think the other two things, how hard he runs and that the first person typically doesn’t tackle him, has been really impressive. And then the other part is when he gets the ball in space, people can’t catch him. He just has that extra gear.”