Outlook: That’s right, Berrios is the only lock to start a game for the Twins in 2020. Minnesota’s offseason will likely be judged solely on the team’s ability to bring back Odorizzi and sign another high-end starter. The Twins offered Odorizzi a qualifying offer — a one-year deal worth $17.8 million — and will hear if the right-hander plans to rejoin Berrios in the rotation by Thursday’s deadline. Whether he signs or not will determine the rest of the offseason.

If Odorizzi doesn’t sign, the Twins desperately need to cash in on one of the top names in Cole, Strasburg, Wheeler or Bumgarner. That might seem a bit unrealistic considering Minnesota’s biggest free-agent contract it’s given out was a four-year, $54 million deal to Ervin Santana in 2014 and Cole is expected to get $35 million per year.

If Odorizzi does sign, the Twins’ brass should still pursue a high-end starter, but they can get away with signing a second-tier free agent like Ryu or Keuchel.

Minnesota could also save a few bucks and trade for a starting pitcher on a team that’s looking to rebuild, like Texas’ Mike Minor, Arizona’s Robbie Ray or Detroit’s Matthew Boyd.

To fill out the rotation, the Twins can turn to a couple of youngsters in their organization. Randy Dobnak and Devin Smeltzer started a combined 12 games for Minnesota last season (including the former’s start in Game 2 of the ALDS), and both impressed enough to have chance to earn a spot towards the back of the rotation. Flamethrower Brusdar Graterol and his 100-mph fastball looked big-league ready at times last season, but he might benefit more from a few months in the minors to start the summer.

Look at it this way: Rocco Baldelli’s lineup, one that shattered Major League Baseball’s record for single-season home runs (307) and franchise mark of runs scored (939), is ready to win now. It needs starting pitching behind Berrios to make a deep playoff run.

Outlook: The Twins’ bullpen looks a lot better now than it did at the All-Star break. Rogers was his consistent self all season long, but it was the emergence of Duffey and May that gave Minnesota confidence heading into the postseason. Duffey posted a 3.49 ERA and 11.1 K/9 in the first half of the year, but then went on a tear the rest of the way, limiting hitters to a .157 batting average while boosting his K/9 to 14.4 and logging a 1.53 ERA. From August on, May allowed four runs in his last 26 innings on the mound. Littell also impressed by yielding just 11 runs in 37 innings (2.68 ERA).

Joining those four in the bullpen will be a few youngsters like Lewis Thorpe and Cody Stashak. Graterol has a chance, but again, he might be better off starting the year in the minor leagues.

Minnesota will definitely look into adding a reliever in free agency. Smith received a qualifying offer from San Francisco. Harris played a key role in Houston’s run to the World Series, fanning 9.3 hitters per nine innings and logging a career-best 1.50 ERA.

Outside of those two, bringing back Romo could be intriguing for Minnesota. The 37-year-old registered a 3.18 ERA in 22 2/3 innings after being dealt to the Twins at the deadline. Pomeranz could also be a steal, as he turned his season around after being sent to Milwaukee and logged a 2.39 ERA and 15.4 K/9 for the Brewers.

Outlook: Fan-favorite Willians Astudillo is the only other catcher on the roster behind Garver, who won a Silver Slugger award after batting .273/.35/.630 with 31 home runs and 67 RBI. Astudillo has a good chance of cracking the roster again due to his versatility and out-of-this world contact rate, but the Twins might want a defensive-minded catcher to counter Garver’s skill set. Enter Castro. Castro played 208 games for the Twins from 2017-19 and hit .229/.325/.290, not doing enough to earn a big free-agent deal. Would he be interested as returning to Minnesota as a backup? Otherwise, there are cheap options like d’Arnaud or Avila on the market.

Outlook: C.J. Cron, who started 110 games at first base for the Twins in 2019 and smacked 25 homers, is up for arbitration and is projected to cost $7.7 million according to MLB Trade Rumors. Is that price tag worth it, or could the Twins find similar yet cheaper production on the open market? Kendrick might see a nice raise after being named the NLCS MVP. Abreu hit .284/.330/.503 for division rival Chicago in 2019 and received a qualifying offer from the White Sox. Milwaukee declined a $7.5 million 2020 option on Thames, who’s mashed 72 homers since returning to the big leagues in 2017 and would slide nicely into the Twins’ lineup as a lefty. After Thames, it’s a pretty bland market with names like Moreland, Neil Walker and Justin Smoak.

Cron and Thames look like the top two options for the Twins. Gonzalez started 21 games at first base last year and has made 212 career starts there, so he’s a reliable option as well.

An out-of-the-box thought: Alex Kirilloff cruised through Double-A last season, hitting .283/.343/.413 and 29 extra-base hits in 94 games. He played 35 games at first base for the Blue Wahoos. Was the Twins’ brass grooming Kirilloff to take over an infield position due to their crowded outfield? 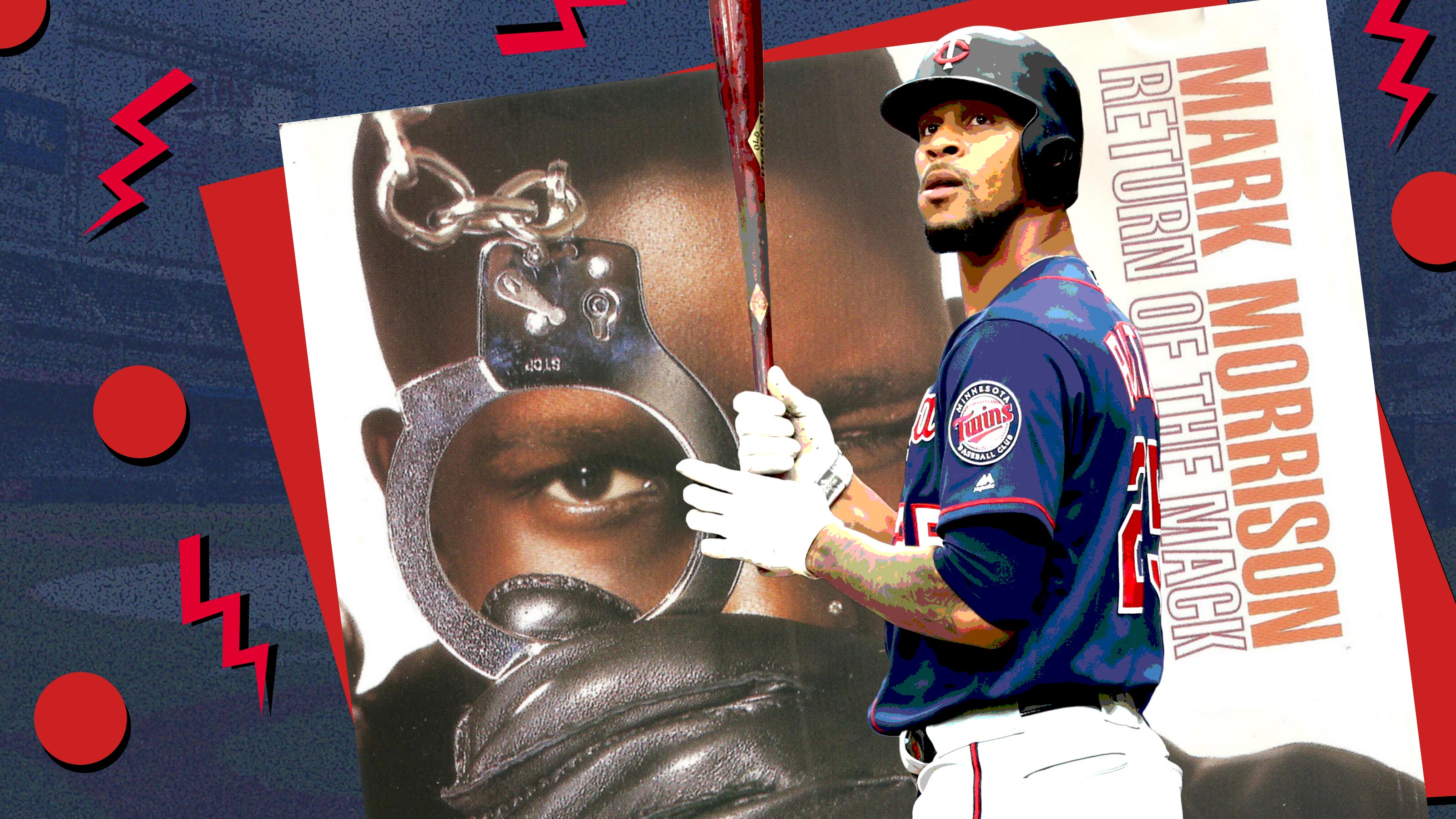 Outlook: Minnesota is set with the 22-year-old Arraez, who was called up to the Twins in May and took over the starting job from Jonathan Schoop  in mid-June, cruising to a .334/.399/.439 slash line. It looks like he’ll be the starter at second base for the next five years. Prospect Nick Gordon put together a nice rebound season after a rough 2018, hitting .298 with 36 extra-base hits. Perhaps Gordon finally sees the majors, but he could also be trade bait if the Twins are looking to add a starting pitcher that way.

Outlook: Under the tutelage of fellow Dominican Republic native Nelson Cruz, Sano looked like he finally put it all together, smacking 21 home runs and posting a .1.010 OPS after the All-Star break alone. If Gonzalez doesn’t end up being the Twins’ primary first baseman, Gonzalez gives Minnesota depth all over the infield, including third base. Minnesota is set here.

Outlook: Another position that’s all set. The Twins signed Polanco to a five-year extension before the 2019 season, and Polanco rewarded them by batting .295 with 22 homers and becoming the franchise’s first All-Star starter at shortstop since Roy Smalley in 1979. Like second base, Minnesota looks set here for years to come. Not to mention the Twins’ top prospect in the organization Royce Lewis, the top pick of the 2017 draft, is up and coming and was named the MVP of the Arizona Fall League in October. Although Lewis hit just .236/.290/.371 at Single-A and Double-A in 2019, so he still might be one or two years out.

Outlook: More of the same here. The Twins had a no-brainer decision on bringing Cruz back on a $12 million team option for 2020. Cruz was named Minnesota’s MVP of the season after posting arguabl his best season as a big leaguer — at the ripe age of 39. Cruz led the team in home runs (41) and batting average (.311). Even when Cruz takes a day off, the Twins have plenty of options at DH in Sano, Gonzalez, Garver and more.

Outlook: The Twins’ outfield will return loaded with talent in Buxton, Kepler and Rosario — if they can stay healthy, which is always the biggest question with Buxton. The center fielder hit .262 while playing stellar defense, but he was ruled out for the season in mid-September with a shoulder injury. Buxton has played over 93 games just once over his five-year career.

The good news is Minnesota doesn’t have a shortage of depth in the outfield. LaMonte Wade Jr. and  Jake Cave have both proved their worth at the big-league level, and players like Gonzalez (has he been mentioned at every position?), Ehire Adrianza (a nontender candidate) and even Astudillo can be trusted out there. And let’s not forget about Kirilloff and Trevor Larnach, a pair of top-10 prospects that could get called up next year, too.

The biggest talker surrounding the Twins’ outfield is the status of Rosario, who could be an intriguing trade target for teams looking to swap a pitcher for young talent. Rosario hit .276 last season with 32 homers and 109 RBI, and at age 27 it looks like his best years are still ahead. Packaging Rosario with a prospect or two would catch the attention of teams like Texas, Detroit or Arizona that might be open to trading a quality starter.