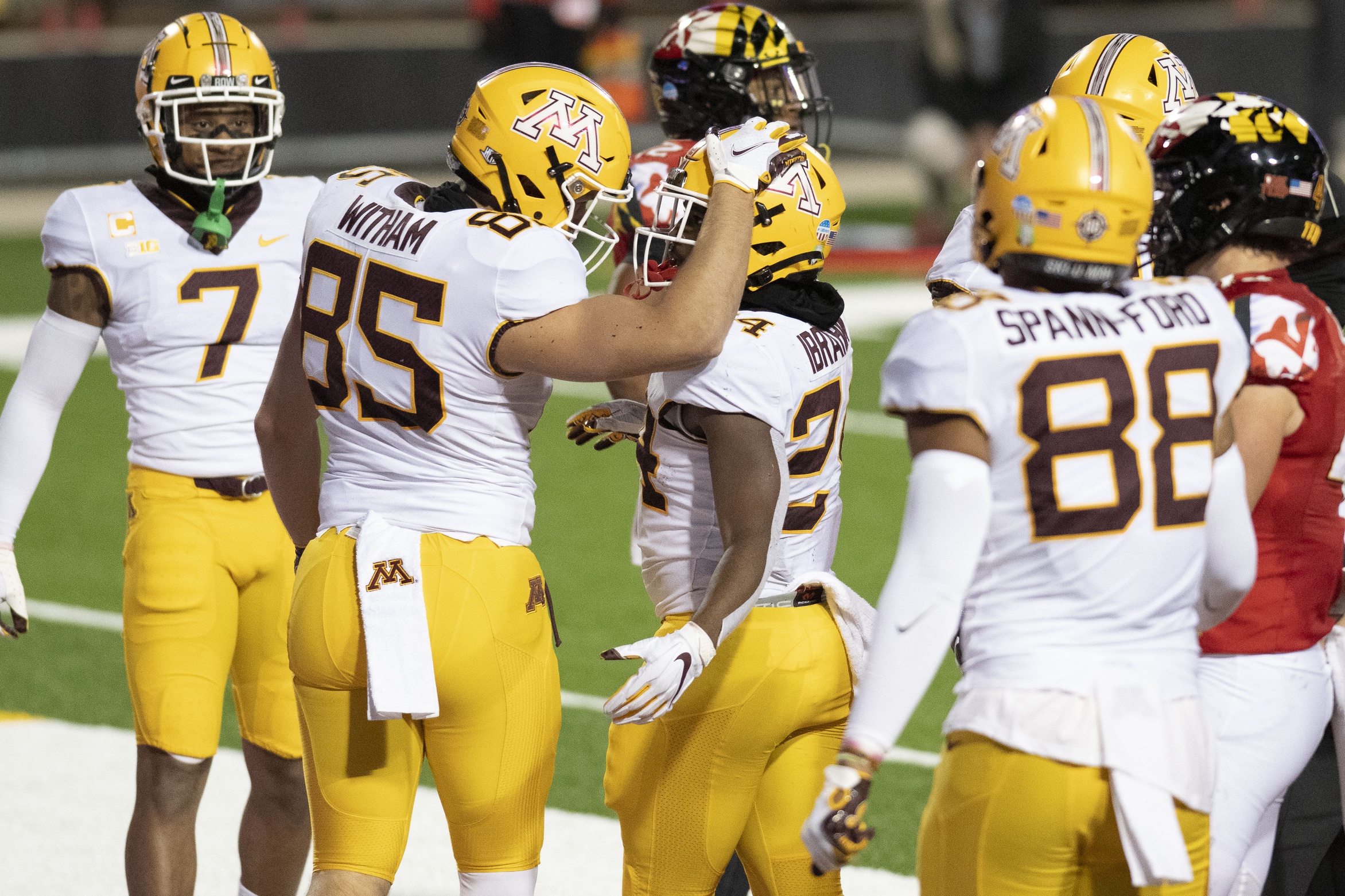 COLLEGE PARK, Md. — A back-and-forth game that featured comebacks by both teams, a dozen touchdowns and more than 1,100 yards in offense seemed destined to reach a second overtime before ending abruptly on — of all things — a botched conversion kick.

After the Terrapins rallied from a 17-point deficit in the fourth quarter to force overtime, Maryland quarterback Taulia Tagovailoa ran for a 2-yard touchdown and Joseph Peterino kicked the extra point to give the Terrapins — who came in as 19-point underdogs — a 45-38 lead.

Minnesota answered with a 2-yard touchdown run by Seth Green before Walker’s extra-point try went awry to end this Big Ten duel and launch a wild celebration by the Terrapins, who jubilantly sprinted across the field, seemingly uncaring that they had no fans with whom they could share the moment.

Never in school history had Maryland won after trailing by 17 points in the fourth quarter.

“It feels good to get a win,” Maryland coach Michael Locksley said. “These players have been through so much. With all the things and adversity this team has faced, its great and rewarding for them to be able to feel what success feels like.”

“We just have to be able to be resilient and develop that thick skin, to be able to take it and swallow it and respond,” quarterback Tanner Morgan said. “Because I can guarantee you we will respond.”

Tagovailoa went 26 for 35 for 394 yards and three touchdowns in his second college start. He also ran for 59 yards and two scores to help the Terrapins (1-1) bounce back from a season-opening 43-3 loss to Northwestern.

He became the first Maryland quarterback to throw for 300 yards since Caleb Rowe against Virginia in 2013.

Jake Funk ran for a career-best 221 yards, and Maryland totaled a whopping 675 yards of offense.

“Our team has put in a lot of time, and to win like that on a Friday night, it’s exactly what our team needed,” Funk said.

Mohamed Ibrahim ran for 207 yards and a career-high four touchdowns on 41 carries for Minnesota, which was bounced from the Top 25 with a season-opening loss to Michigan.

Ibrahim scored twice from the 2-yard-line and twice from the 1. The junior running back needed 96 yards rushing to become the 17th player in Minnesota history to reach 2,000, and he reached that mark by halftime.

In his debut with the Terrapins last week, Tagovailoa tossed three interceptions. The Alabama transfer was much sharper in this one, finding a way to mount enough yardage and points to overcome another miserable performance by the Maryland defense.

The Golden Gophers did their best to let Walker know that the loss wasn’t his fault.

“Brock’s kick didn’t lose us the game,” said Morgan, who threw for 189 yards and a score. “He’ll be fine and he’ll be OK. We love Brock and we have his back always.”

Funk averaged a whopping 10.5 yards per carry. After missing most of last season with a torn ACL, the fifth-year senior got the starting job this season after the departure of Anthony McFarland and Javon Leake both left for the NFL draft.

Minnesota: The offense had its way against the younger, smaller Terrapins, but Minnesota has a serious problem on defense that must be fixed if the team hopes to be a contender in the Big Ten. Giving up 49 points to Michigan is one thing, but getting torched by an offense that scored only three points against Northwestern is embarrassing.

Maryland: It looks like Tagovailoa could be something special, although it’s hard to say at this point in the season whether it’s him or that he was facing a horrible defense.

Maryland visits No. 18 Penn State. The Nittany Lions lead the series 40-2-1 and have outscored the Terps 163-6 over the last three years.