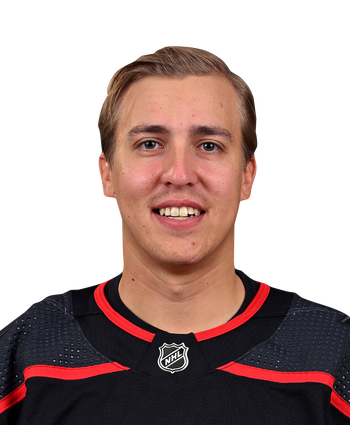 Teravainen put up 63 points in 68 games prior to the suspension of play in mid-March.

Over the last couple of seasons, the 25-year-old has quietly blossomed into a near point-per-game asset. Teravainen has proven that 2018-19's 76-point output was no fluke, as his scoring pace this year is exactly the same at 0.93 points per game. He's second on the Hurricanes behind only Sebastian Aho's 66 points, and his 48 assists are 14th best in the NHL. With four more years remaining at an average value of $5.4 million, both the Hurricanes and salary cap owners have a bargain on their hands in the Finn.