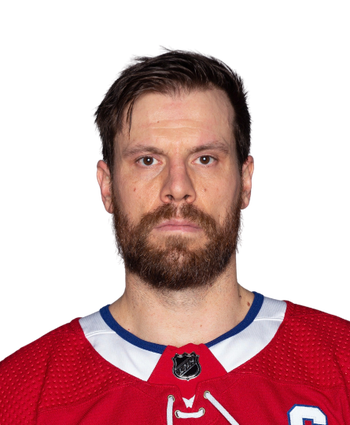 Weber had an assist, three shots on goal and two hits in Thursday's 4-1 in over the Flyers.

Weber's been in a scoring slump of late with the assist being just his second point in the last 10 games, but he remains among the top-10 scoring blueliners. The 34-year-old Weber ranks tied for 10th with 33 points (12 goals, 21 assists) in 49 games.

Weber had four blocked shots over a team-high 26:11 of ice time in Monday's 2-0 win over the Flames.

Weber was paired once again with Ben Chiarot, who had missed two games with a lower-body injury, and the duo combined to stop seven pucks before reaching goalie Carey Price. Weber has been in a point slump, recording just one assist over the last eight games, but he's contributed in other areas with 25 shots on goal, 15 hits, 13 blocked shots and ample time on both special-team units.