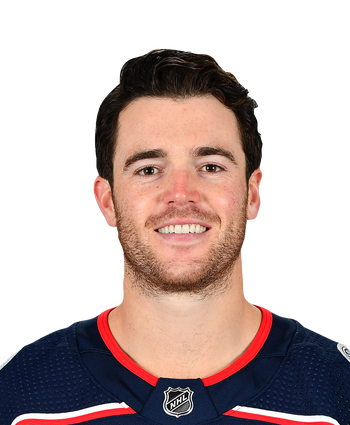 Harrington picked up an assist in Saturday's 3-0 win over the Golden Knights.

Harrington's shot attempt in the second period was tipped in by Pierre-Luc Dubois for the Blue Jackets' second tally. Through 18 games this season, Harrington has four points, 22 hits and 20 blocked shots. He's not a factor in the fantasy game with his inconsistent role that maxes out on the third defensive pairing.

Harrington scored a goal and blocked two shots in Monday's 4-2 win over the Kings.

Harrington's tally at 10:40 of the second period gave the Blue Jackets their first lead of the contest. The defenseman is up to just three points, 15 shots on goal and 19 blocked shots in 15 outings. He's far from a fixture in the lineup -- he'll likely be the seventh defenseman once Ryan Murray (upper body) returns.