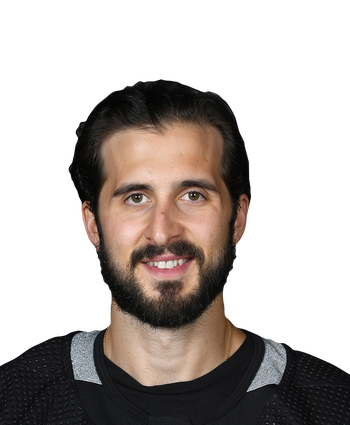 Danault collected three assists in a 4-1 win over the Flyers on Thursday.

All three helpers came during 5-on-5 action and ended a streak of 10 games without an assist for Danault. He also dished out three hits. Unfortunately, Danault failed to produce on the power play, which extended his drought in that department to 12 games. Thursday's game was a big step in the right direction for the two-way forward, as it was just the second time this season Danault has produced three points in a single contest.

Danault potted a goal on three shots in Wednesday's 4-1 loss to the Blackhawks.

Perhaps Danault was more familiar with Blackhawks goalie Corey Crawford, as the center was the only Canadien to solve his old teammate. Danault is up to 12 goals -- matching last year's output -- and 32 points in 48 games. The 26-year-old has added 92 shots on goal, 87 hits and a plus-13 rating this season.

Danault scored a goal on four shots and had a minor penalty in Thursday's 4-2 loss to Edmonton.

Danault snapped a six-game pointless streak with his 11th goal, two shy of the career-high 13 he scored in 82 games for Montreal in 2016-17. More good news is the return of Danault's linemate, Brendan Gallagher, who missed four games due to a concussion. The duo has formed a cohesive bond over the last few seasons, which has boosted Danault's fantasy value. It's worth noting, however, that Gallagher is being looked at for either an illness or recurrence of concussion symptoms as of Friday morning.