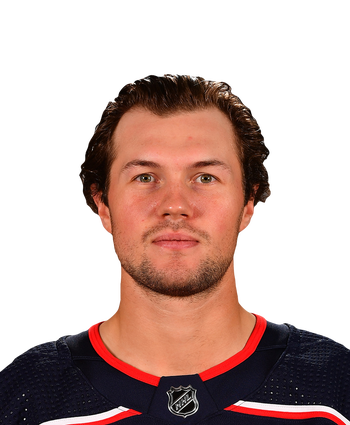 Peeke (finger) was taken off injured reserve and reassigned to AHL Cleveland on Wednesday.

Peeke spent the last 13 contests on injured reserve due to his finger injury. The Florida native figures to be atop the list of potential call-ups the rest of the way but could spend a chunk of time in the minors working his way back to full fitness. The Monsters are in action versus AHL Binghamton on Wednesday, which leaves open the door for Peeke to be recalled prior to Thursday's matchup with Carolina.

Peeke (finger) has joined the Blue Jackets for the final two games of their road trip, Brian Hedger of NHL.com reports.

Peeke has been sidelined since mid-December with a broken finger, so he likely won't play in either of Columbus' next two games, but it's nonetheless an encouraging sign that he's resumed practicing. The 21-year-old blueliner is on injured reserve, so he'll need to be activated before rejoining the lineup.