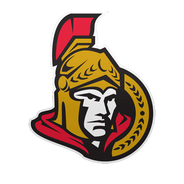 Nilsson practiced for the first time since suffering his concussion Wednesday, but there's still no timetable for his return, Brent Wallace of TSN.ca reports.

Nilsson has been sidelined for over two months, and although he's clearly making progress in his recovery, there's no reason for the Senators to rush him back, as they're not going to make the playoffs in 2019-20. The 29-year-old netminder is still on injured reserve, so news of his activation will precede his return to game action.