Week 13 NFL picks against the spread recap with Jason McIntyre | WHAT DID YOU LEARN?

Someone I know who works in finance asked me an important question this week, “Why does anyone bet on the NFL?” On a weekly basis, maybe four to five results surprise you, and maybe two or three of those absolutely blow your mind. Well, the answer is easy: People like challenges … and the obvious potential to beat the market and win money.

Yeah, it can ruin an otherwise stress-free Thanksgiving weekend of football – in a 10-minute real time span – the Eagles and Colts blew leads and not only failed to cover, but lost outright. The Jets never got off the bus and lost to the winless Bengals. The Chargers coaching staff completely panicked and lost to a quarterback who had never started an NFL game before. Or how about,  the Rams opened up a 34-0 lead over the Cardinals? And Sunday night, the Patriots trailed 28-9 in the fourth quarter to the Texans. Anyone remember two weeks ago? Houston was blasted by Baltimore, 41-9.

Well, that’s football for you! The NFL: Fun and frustrating – I don’t know about you, but I can’t wait to do it all over again next week.

Know when to bet-on … or back-off a team

My favorite bet of the weekend was looking pretty bleak, with Pittsburgh trailing 10-0 in the second quarter. Then out of nowhere Devlin “Duck” Hodges took over, found James Washington on a few deep throws … and the Steelers defense did the rest as Pittsburgh covered as an underdog at home.

Half the battle with handicapping games is knowing when to get on or off a team. The Browns looked impressive the last three weeks, going 2-0-1 ATS … but this was a very bad spot for them. Speaking of bad spots: Next week Pittsburgh travels to Arizona for a non-divisional game against a team that just got blown out by 25 at home. Lamar Jackson and Russell Wilson both had success on the ground against the Steelers defense this year, and I have no doubt Murray will as well. Repeat after me: Nobody is as good or bad as they were last week. 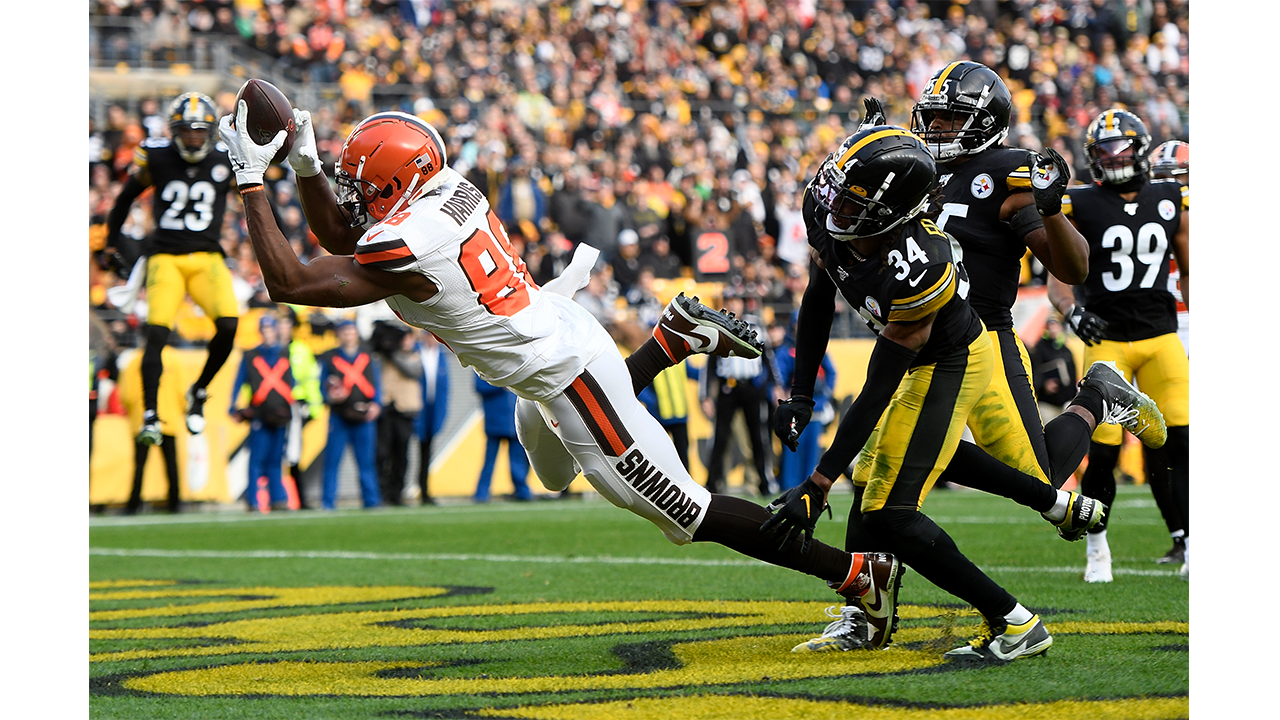 Football will break your heart

I just knew the Jets three-game winning streak – scoring 34 points in each victory – was going to come to a screeching halt. Did I think it would end in this embarrassing fashion? Of course not. A humiliating 3.9 yards per pass vs. a defense that is bottom three in nearly every statistical category? A measly 62 yards rushing on 17 carries? The 10 penalties showed a lack of focus, and it’s clear the Jets didn’t show up to play. Isn’t this great: The Jets are the first team in NFL history to lose to two teams who started 0-7 or worse.

Even your safest of bets are never safe

This was one of those games that will make you question reality. The Eagles, double digit favorites, led 28-14 early in the third quarter … all they had to do was finish the Dolphins and Philadelphia would tie Dallas for the NFC East lead. Then Miami somehow scored 23 straight points for one of the most shocking results of the season. But for me, it’s still second behind the Saints losing at home to the Falcons.

The Eagles defense had just held the Patriots to 298 yards and 17 points – to put that in perspective: Russell Wilson and the Seahawks held the Patriots to 348 yards and 17 points. RYAN FITZPATRICK AND THE DOLPHINS erupted for 409 yards and 37 points in a game the Eagles needed, and – no question – should have won. Miami was 4-for-4 in the red zone … this one’s on the defense, but once again, Carson Wentz failed to find a way to win a big game.

Refer back to my previous point: Never safe

It’s 14-0 Carolina after nine minutes – and facing the rookie quarterback Dwayne Haskins – who wouldn’t feel good about a Panthers blowout at home? It was Carolina’s biggest lead of the season. Then this happened: Redskins interim coach Bill Callahan stayed committed to the run … and the worst run defense in the NFL was shredded by Derrius Guice (129 yards, two touchdowns) and Adrian Peterson (99 yards, one touchdown).

Then the Washington defense – who guys you probably aren’t familiar with – started taking over: Chris Odom (undrafted, Arkansas State) had two sacks. Matt Ioannidis added two more … and the Redskins pressured Kyle Allen relentlessly. In one of the most surprising covers of the season, the double-digit underdog Washington won outright in Carolina.

The 49ers had more yards and a significant yards-per-play advantage (6.4 to 4.6) … but couldn’t deliver in the red zone. To add to their offensive struggles, Robbie Gould had a 51-yard field goal blocked to end the first half. That was the difference in this exciting Super Bowl preview. It was an impressive effort from San Francisco – despite Lamar Jackson rushing for 101 yards (he lost his first fumble of the season) – who easily covered the 6-point spread. The formidable Ravens defense let Raheem Mostert rush for 146 yards. We’ve found it folks: To beat Baltimore, you’ve got to run the football. 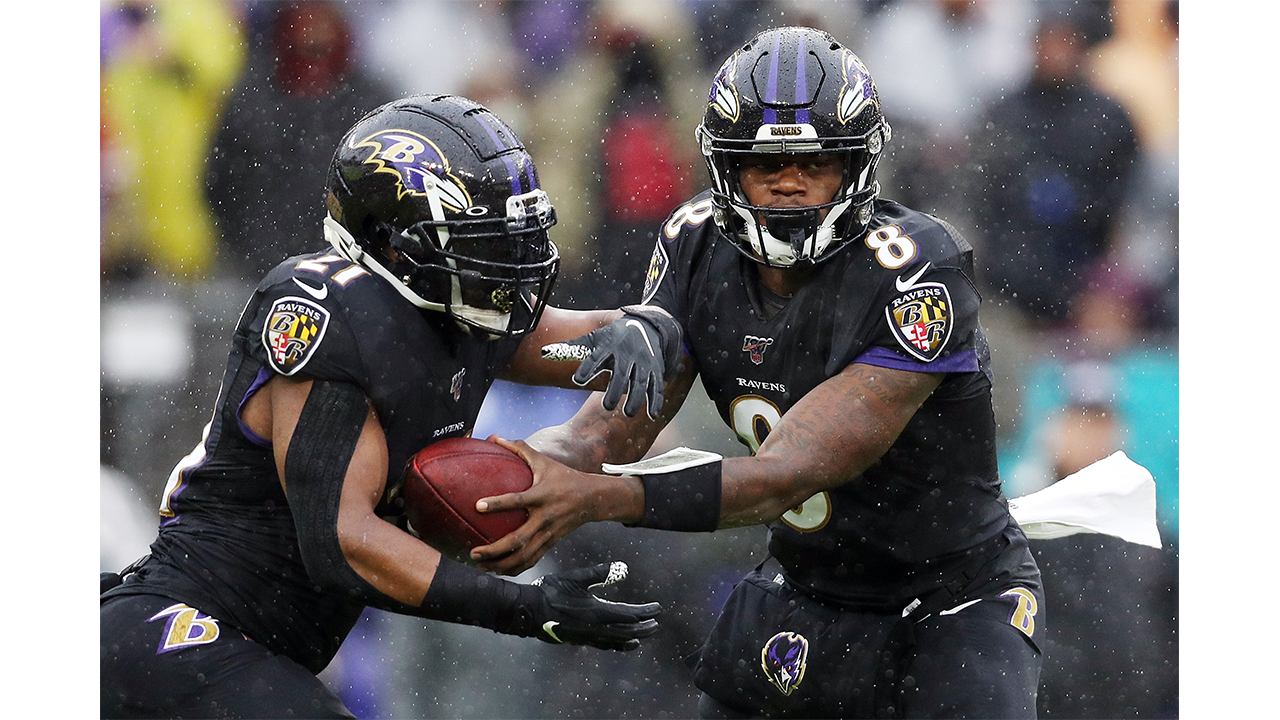