Well folks, it’s me, J-Mac … and if you’ve been following me this season – you’ve seen my picks every week. I’ve been struggling a bit recently, but I have a good feeling things are about to turn around …

It was our first night in Cancun for spring break – a week of partying and meeting girls was all that was on the docket … and I’ll never forget how poorly the opening night went. We reeked of guys trying way too hard to be cool at the beach in Mexico for a week – we struck out with girls left and right. Was this really going to be the week? Of course not, it was an outlier because we drifted away from who we were. We realized trying to have the stereotypical spring break experience was not going to work.

If you’re still with me, there is a gambling lesson in all of this: Don’t deviate from your process. I had a fantastic season last year in the NFL, hitting 59% of my picks for Fox. These last few weeks I’ve been all over the place, grasping at straws and trying to recapture last year’s glory with risky moves. I’m going back to who I am this week, and looking forward to getting back to my winning ways.

We’re kicking it off with a Super 6 game! Take a deep breath because I’m about to shock you folks … I just love Philadelphia here. I know the narrative out there is: Belichick and Brady off a bye – they are 14-5. Bill Belichick off a loss – 38-11 in his career. So why would I like the Eagles?

It’s simple: I love this Philadelphia running game. They are ninth in the NFL right now. New England, as they showed in Baltimore, is very susceptible to the run. Remember: The last time these two teams met was in the Super Bowl – with many weeks to prepare – what did Doug Pederson do … he had a prolific offense behind Nick Foles. They scored a ton of points and beat Brady and Belichick. I’ll take the Eagles getting four points.

The Broncos are fresh off a bye … and the last time we saw them, Brandon Allen carved up the Cleveland Browns for a shocking victory. But I’ve got to back the Vikings here – now I know one of the cardinal rules in gambling: Don’t take double digits favorites in the NFL. Double digits home favorites: Only 6-10 against the spread … but I’m undaunted folks. I trust Mike Zimmer – he has a staggering record of 19-3-1 against nondivisional opponents at home. I think the Minnesota defense shows up and Dalvin Cook does too. Give me the Vikings favored by 10 at home.

We’ve got another Super 6 game for you. The Arizona Cardinals travel to San Fransisco – the 49ers are coming off their first loss … Monday night, that gut wrenching overtime defeat. Couple important notes: That San Francisco run defense has been leaky. Okay, two weeks ago the Cardinals rushed for about 150 yards … Monday Night Football, Seattle also rushed for around 150 yards – I think this game is close.

You’re also going to want to monitor the 49ers injury report, okay? Emmanuel Sanders had a rib injury Monday night and missed the second half, and Joe Staley on the offensive line dislocated a finger as Jadeveon Clowney destroyed him all night. I would not be backing San Francisco here – I love Arizona getting 10 points.

Well folks, this is just a battle of two really bad teams … I can’t believe the New York Jets are underdogs here. Give me Gregg Williams and that Jets defense – they just held Saquon Barkley to one yard rushing on 13 carries. Washington just named Dwayne Haskins the starting quarterback for this game and the rest of the season … if they bottle up Adrian Peterson, what is Haskins going to do?

I’m sorry, I just have to back the Jets here. I know they just beat the Giants and maybe people are overvaluing them … but that Redskins offense is a joke: They are 0-8 straight up in their last eight games at home. I’m all in on the Jets getting 2.5 points on the road against Washington.

We love those Super 6 games! And this is a fun one: The No. 6 run defense against the No. 1 rushing offense for the Ravens. What this game will come down to is can the Texans stop the run. Well, here’s a stat for you: Houston has not allowed a 100-yard rusher this year … and they haven’t allowed one in the last 24 games.

It sounds like Lamar Jackson is going to get bottled up and Mark Ingram is going to get held in check – so you’ll like the Texans here, and that’s the side I’m on folks. I think Houston keeps this one close. I love Deshaun Watson – I think he can  come in the back door here and the Texans can get five points on the road in Baltimore.

Back again with the Super 6. This is a rematch from a few weeks ago when Tampa Bay lost and did not cover in New Orleans … but this one is different: Outdoors and big injuries for the Saints with their cornerback Marshon Lattimore – he really shut down Mike Evans in their earlier meeting, but he is week-to-week with a hamstring injury. If he doesn’t play, I think Tampa Bay moves the football at will. I’m going to go ahead and take the Bucs getting 5 points at home.

This is a Super 6 game, and I like the Panthers here. Their run defense is shaky … but Davonte Freeman is injured for the Falcons – he may not play. I also think Atlanta had a fluke game against New Orleans. Remember: They had seven sacks the entire season before the Saints game … they had six against New Orleans. They aren’t duplicating that this week – I’m all for Carolina favored by 4.5.

How about those Dolphins, am I right? Five straight covers … I thought they were tanking! This team has been a straight cover machine this year. And I’m taking them again getting the points here.

Here’s a fun stat for Buffalo – unless you’re a Bills fan – Josh Allen: 0-16 passing on throws that go 30 or more air yards … basically, he can’t hit anybody on a deep pass. Give me Miami at home getting the points.

Jacoby Brissett missed the last game for Indianapolis … will he start? That’s a big question because Brian Hoyer and the Colts – oh boy, they had six turn overs the last two weeks. That’s not going to get it done – they lost both games. Jacoby Brissett is just a much better protector of the football, but even if he plays, I’m still going with Nick Foles and Jacksonville getting it done on the road. 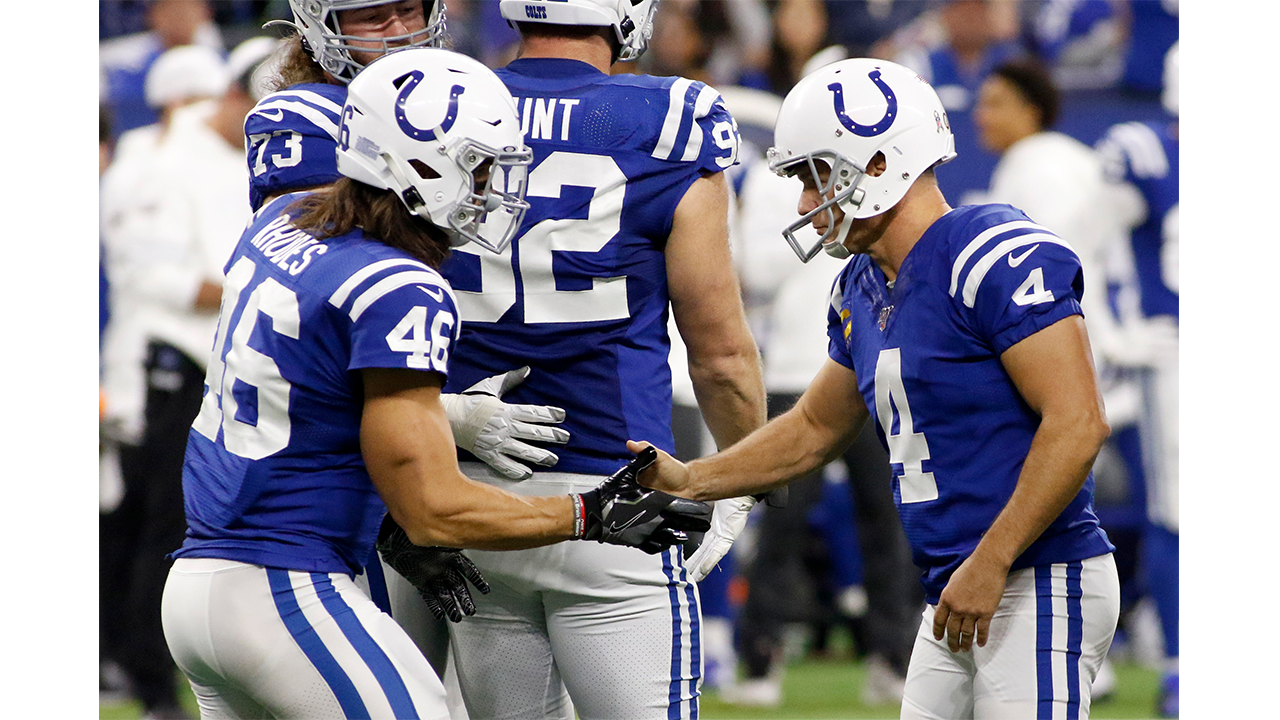 This is another Super 6 and another game with a quarterback issue. Matthew Stafford has been ruled out for a second week in a row … without him I just can’t back Detroit. Jeff Driscoll, he was alright against Chicago – made couple boneheaded mistakes there at the end – cost them a victory.

And I know Dallas has looked shaky … coming off a loss to Minnesota at home last week where they couldn’t stop Dalvin Cook, but the Lions don’t have a running back with that much strength. And Detroit has a terrible defense … 28th in the NFL. That defense is going to be the difference maker here – I’m backing the Cowboys on the road.

This Sunday Night Football game is a great one. Holy cow – were the Rams terrible last week or what? Folks, they were the only team this season to have 15 possessions in a game and not score a touchdown. They could not do anything in Pittsburgh … and I think they are going to struggle again. With two more offensive lineman injures, Brandin Cooks still out and Cooper Kupp bottled up against the Steelers … things do not look good. I really don’t love Chicago here because Mitchell Trubisky is struggling – but I’ve got to take them against an abysmal Rams team.

Folks, really? I know the Raiders have looked good this year … but they shouldn’t be favored by 11.5 over anybody. Just out of principle: I have to take the Bengals getting 11.5 points on the road. I wouldn’t be able to look myself in the mirror if I backed Oakland favored by 11.5 – come on! Their defense is just terrible. I think Cincinnati – who got destroyed last week by Baltimore – I think they can cover 11.5 on the road. 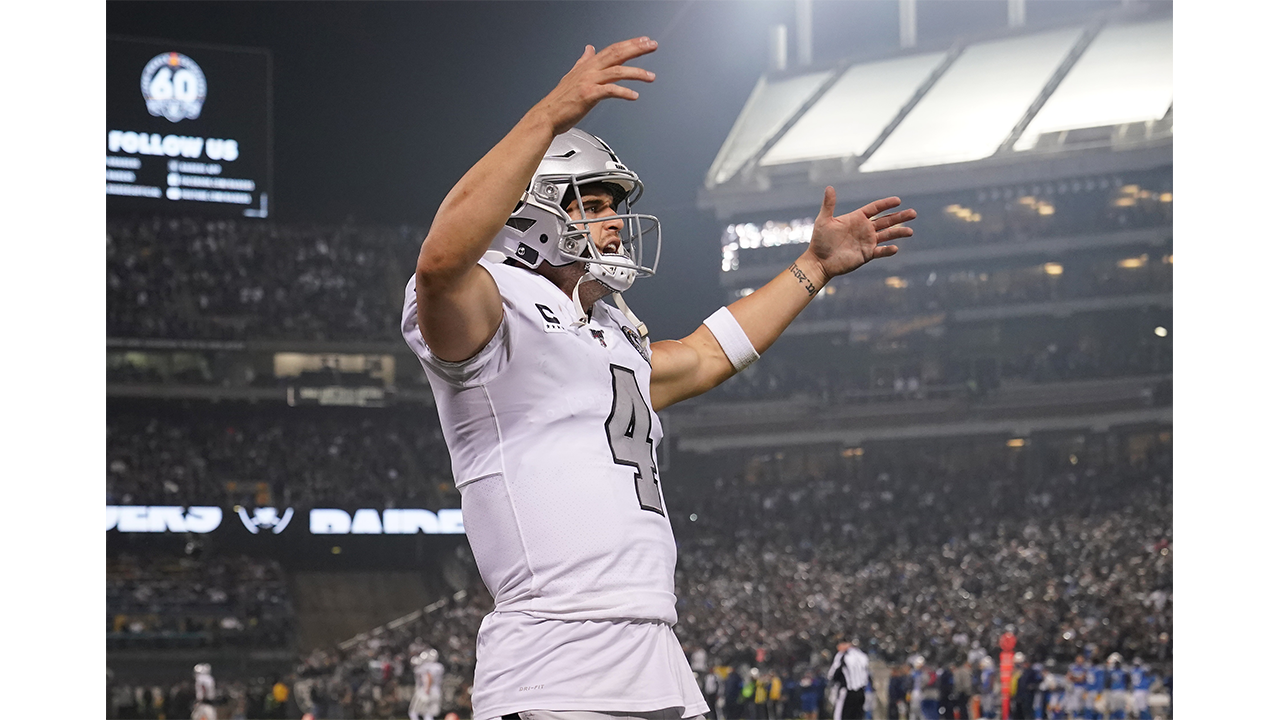