The Redskins might not hire a GM. It’ll be a complete disaster.

Redskins president Bruce Allen, who just fired popular general manager Scot McCloughan after an ugly public battle brought on by seemingly little more than ego, envy and jealousy, has hinted the Redskins may go into the 2017 season without a general manager. Instead, Washington would run the front office by committee, with responsibilities divvied up between Doug Williams (senior personnel executive), Scott Campbell (director of college scouting), Alex Santos (director of pro personnel), Eric Schaffer (VP of football operations and general counsel) and Allen himself, who would retain final say on all football decisions — a role Allen has intermittently played since being hired as GM in 2009.

Nothing is official, though, and there’s still a chance one of those men (Williams, the ‘Skins former Super Bowl MVP, perhaps being the most likely) could get the actual title of general manager. But that would be a logical move in a place where normalcy is dysfunction and dysfunction is embedded in the franchise DNA.

Maybe the GM gambit will be an innovative, bold and altogether winning decision by a franchise that’s been plagued with front-office turmoil since it was sold to Snyder back in the late ’90s. Or maybe it’ll end up in disaster and, this time, for reasons beyond it being the Redskins. Think of all the successful countries governed by oligarchy. Consider the multitude of Fortune 500 companies run by committee. When’s the last time a Super Bowl wasn’t won by a team with four head coaches?

The problem isn’t the idea of five executives putting their heads together and making the best moves for a franchise. That’s how football teams (and businesses) are run. There are dozens of people who offer input into various organizational decisions. Nothing wrong with that. But, invariably, there’s someone at the top who’s responsible for distilling all the chatter and making a decision. If there’s not, it’s chaos.

Confusion in the front office: The ‘Skins have been down this road before. It’s the m.o. for the Dan Snyder teams of the last two decades. It speaks to the sheer ineptitude of the team and its failure to cast an eye toward history. The decades before Snyder bought the team were the most successful in franchise history, a stretch of peace, stability and greatness — the Pax Redskina, if you will. Snyder, who grew up a fan in that era, seemingly would want to replicate that situation. He’s done everything in his power to do the complete opposite.

From 1979-99 there were only three general managers in D.C. – George Allen (1971-77), Bobby Beathard (1978-1988) and Charley Casserly (1989-99). Their power was mostly undisputed. Owner Jack Kent Cooke often served as a tiebreaking vote when Beathard would disagree with coach Joe Gibbs (the two had a “philosophical rift,” as The Washington Post once put it), but the power structure was clear and undisputed.

In that span, the team went to five Super Bowls, won three, drafted a handful of players who would go to the Hall of Fame and played the NFL’s pre-free agency market like a Stradivarius, stashing quarterbacks on injured reserve and getting key cogs of Super Bowl teams in trades and Plan B free agency.

Then Cooke died, his succession plan failed miserably and Snyder bought the Redskins, almost immediately changing it all up, shifting the the organizational hierarchy from a clear power structure filled with the names of competent men to a flow chart that zigged and zagged like a maze in the back of Highlights For Children, with the only constant being Snyder’s name hovering like an albatross at the top. There was Vinny Cerrato, officially Washington’s Director of Player Personnel, Executive VP of Player Personnel/Football Operations but more accurately Snyder’s Executive VP of Yes Men. Joe Gibbs took over as de facto GM during his four-year comeback, and history shows that Gibbs the GM probably held back Gibbs the coach from a more successful return. When Mike Shanahan agreed to  become Redskins head coach, he got maximum power that included roster control, even though his hiring coincided with Bruce Allen (son of the aforementioned George) arriving in Washington as a GM in title only.

Shanahan’s exit was ugly, Allen became GM again and after one year with Jay Gruden at the helm, and McCloughan was brought in to restore a semblance of order to the franchise. Even though McCloughan was hardly a slam-dunk GM (his drafts were okay, his free-agent signings not as much) the timing of his hiring, coinciding with the team’s mini-revival under Kirk Cousins, made him the face of the Redskins front office. The team’s success was his success, even though the core of the roster was either brought in by Shanahan or Allen/Snyder. Officially, “it just didn’t work out.” Other reports say jealousy reigned at Redskins Park and McCloughan was pushed out in a power play by Allen. (Sadly for fans of front-office drama, any chance of a civil war playing out in the press was quashed when McCloughan took the high road.)

That’s instructive here. If, indeed, Allen wants the glory, then the GM-by-committee plan makes sense. Any hire from the outside would push Allen to the side as a legitimate, established GM (the only kind Snyder would likely hire) would almost certainly insist on final say over football matters in order to join the circus. That puts Allen on a shelf, relegated to pulling PR duty for Snyder. But if you use names already in the building and spread around responsibility, then Allen is still top dog. He gets the credit, though with enough plausible deniability that he could survive the quadrennial purge after it all goes to hell.

The main flaw in this plan — and it’s so egregious that it might render the other argument invalid — is that if Allen doesn’t bring in anybody with absolute control over the roster, then the target remains solely on his back. He who gets the plaudits takes the fall — no matter what. It’s all on Allen now.

How rare is it not to have a general manager? Pretty rare.

All other 31 NFL teams have a GM, whether in title or function. A number of general managers have additional titles, some of which are for vanity (e.g. Ozzie Newsome, executive vice president) and some of which are legitimate (e.g. Bill Belichick, head coach). There are two NFL teams that don’t have a general manager on their masthead, but that’s only because they have other fancy titles that sound more important but are actually the same thing. The Eagles de facto GM is Howie Roseman, whose official title is executive vice president of football operations. Sashi Brown has that same title in Cleveland because, I don’t know, analytics show the fancier a title the higher rate of success?

The truth is, for colloquial purposes, whoever is atop the organizational structure (i.e. Snyder’s No. 2 man) is going to be assigned the GM title by fans and media. If Allen gets final say on matters, then he’s in charge. Unless they’re going to operate like the Supreme Court, there has to be an overriding voice pulling the trigger on these moves. Thus, for now, the Washington Redskins, who are still the most flawed outfit in Washington, are essentially Bruce Allen’s team. And that’s just the way he wants it. Kind of. 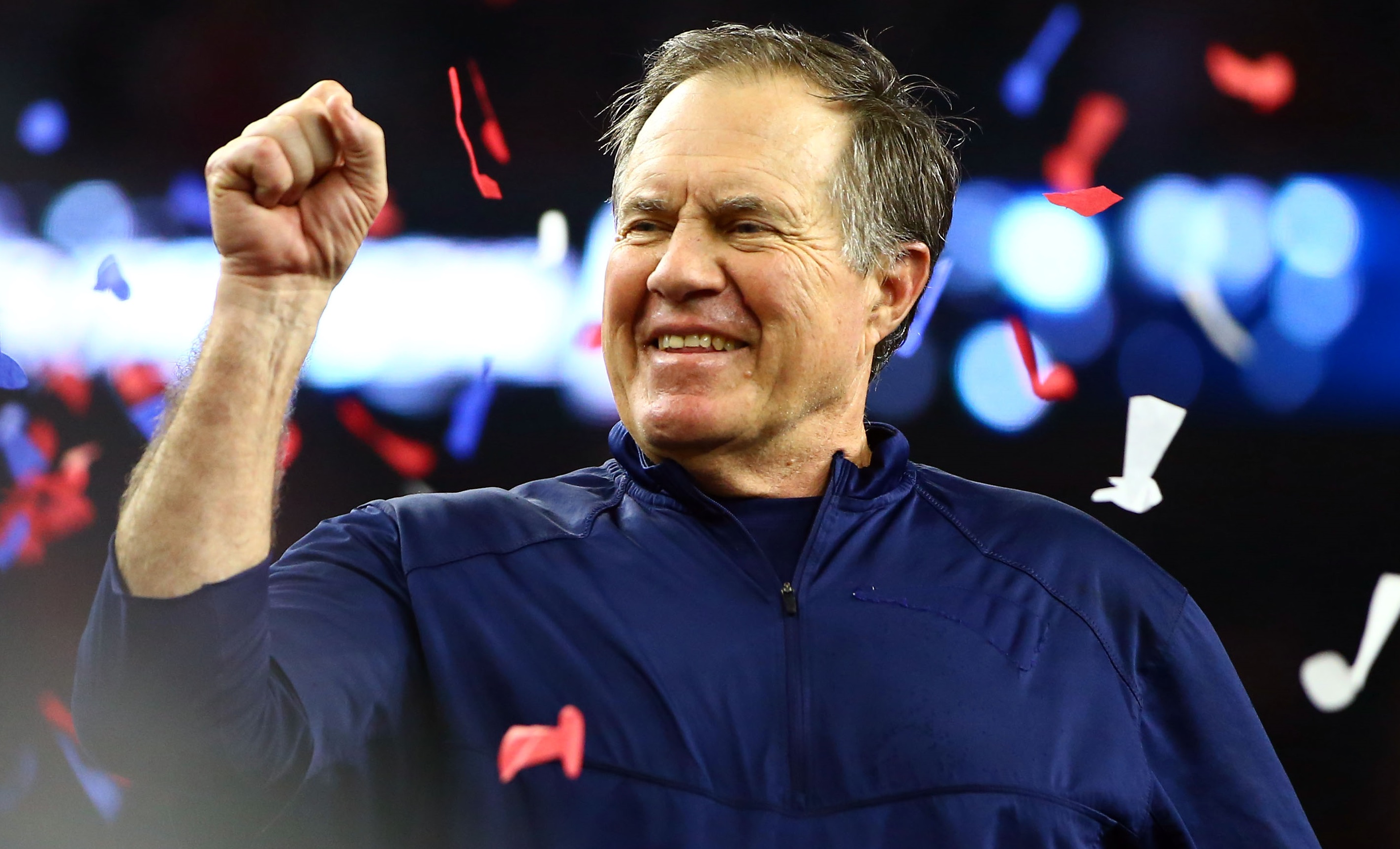 Gallery: Ranking the 11 best moves of the NFL offseason