Why would any NFL team trade for Tony Romo?

Forget all the false bravado, leaked stories, unsubstantiated rumors and rampant speculation. Tony Romo isn’t going to be traded by the Dallas Cowboys for one simple reason: No team is dumb enough to trade for a player who should be on the market in less than a week. In the next seven days, expect Romo to be released by the Cowboys, hit the open market and then sign a deal with the franchise that offers him the greatest chance of success.

Everything said and done by Jerry Jones and Romo points to the eventual release as the ultimate resolution to the uncomfortable quarterback coup in Dallas and, in the end, it’s what makes the most sense for both parties. But just because that’s the most likely scenario (let’s put it at 98 percent), it doesn’t mean we can’t enjoy all the attempted Dallas duplicity that’ll happen in the next few days in ultimately futile attempts to create a trade market for Romo that isn’t there.

Case in point, on Friday we heard the most entertaining trade rumor in years (ever?), one that temporarily captivated the NFL and its fans. According to a heavily qualified report, the Redskins, 49ers and Cowboys would have been involved in a three-team trade in which the 49ers would get Kirk Cousins, the Redskins would receive Tony Romo and the Cowboys would get any draft picks that would be exchanged in the deal.

1. The likelihood of Jerry Jones trading Tony Romo to Dan Snyder is about the same as Tom Brady hosting Roger Goodell for brunch. Jones and Snyder are pals, but there’s no shot Jones willingly lets his precious Tony go to a team that could beat the Cowboys twice a year. (A theory which is itself laughable — the Redskins have swept the Cowboys three times in the last 24 years.)

2. In this scenario, Dallas would have walked away with the No. 2 pick in the entire draft, which belongs to San Francisco. For Tony Romo. The guy who turns 38 in April. The guy who has two playoff wins in 10 seasons of starting. The guy who has a bad back and plays a sport where the condition is often exacerbated by punishing hits courtesy sprinting 260-pound linebackers who run a 4.55 in the 40.

3. Three-way trades almost never happen in the NFL and, as far as I can tell, have never happened with any actual talent involved.

4. This trade makes zero sense for the two principles (Washington and San Francisco). Why would Washington essentially trade Kirk Cousins for Tony Romo, straight up? Why wouldn’t the 49ers, who are going to have to give up that No. 2 pick and more, try to squeeze a trade-balancing mid-to-late-round pick out of the Redskins, just to see if they could? And why are things so heavily tilted toward the Cowboys in this scenario?

5. This one is the most important of all: The Cowboys aren’t going to be able to trade Tony Romo.

Oh, Dallas wants to trade Romo.  That’s why rumors like the three-way trade get started. (Cui bono. Who stands to benefit?) That’s why Jerry Jones tells the press he hasn’t “ruled out the possibility of Romo being a part of the Cowboys at all.” It’s all an attempt to create a market. It’s why we keep hearing about possible trade partners even though there’s literally no reason to trade for Romo right now when you can wait it out until Friday (or whenever he’s cut) and work out a free-agent deal with him on your own terms. The only teams that might want to trade for Romo are the ones that won’t be able to sign his as a free agent, and even then Romo has enough leverage where the only teams that should be interested are the ones with reciprocal feelings.

In the same state of the Cowboys address in which claimed Romo could be the Dallas backup in 2017, Jones said he and Romo are going to operate by the “do right rule” — basically Orchard Park’s version of the Golden Rule. For the Cowboys that presumably means not dragging on the Romo decision, cutting him quickly so Romo can hit free agency with the full market in front of him, not in June when most respectable teams will have their quarterback situations set. On Romo’s end, that means not signing with Washington or whichever team he and Jones have a wink-wink agreement about (illegal, but basically unenforceable). 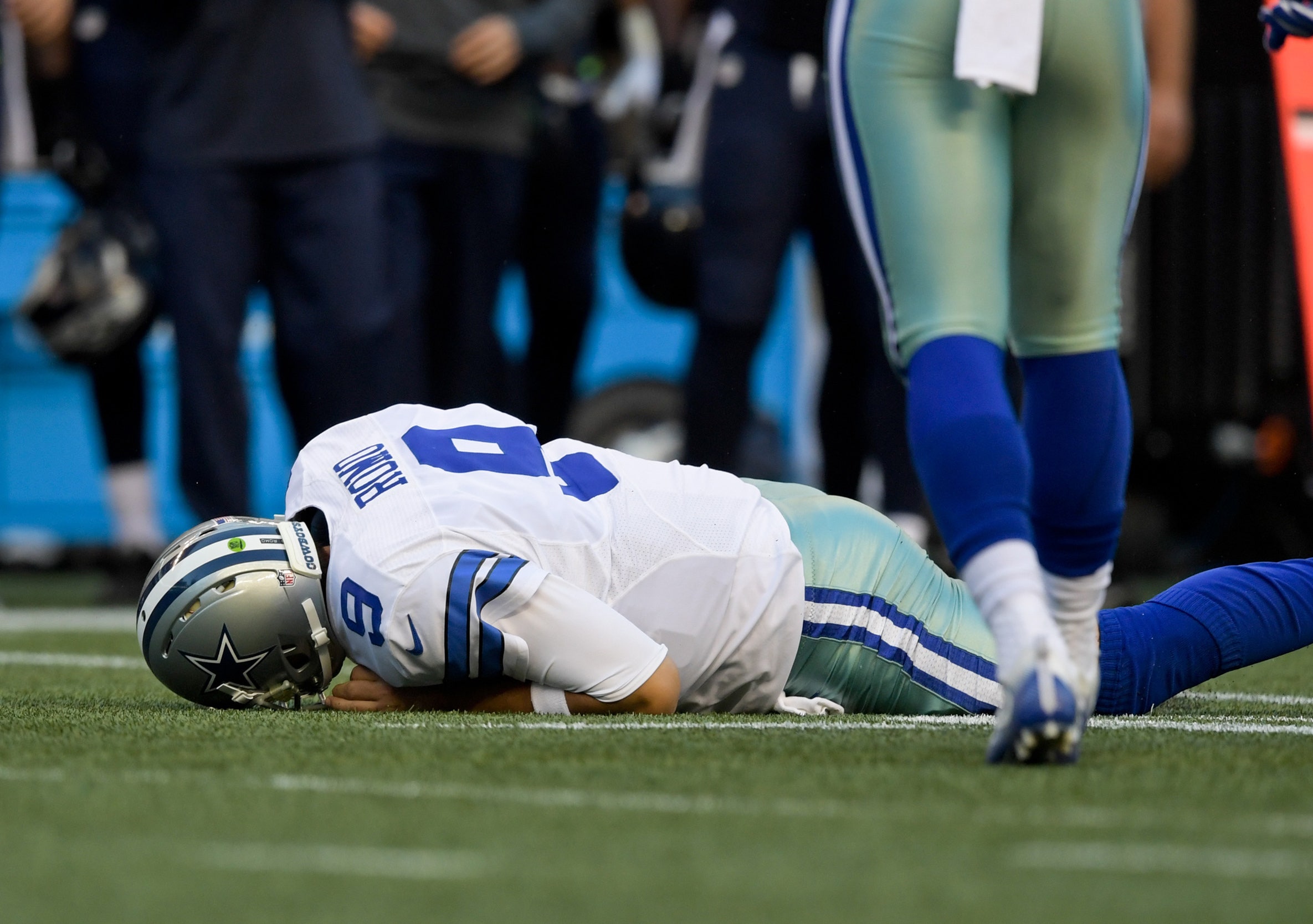 If Jones means this “do-right” attitude, and given his affinity for Romo that’s a fair assumption, then cutting him is really the only choice minus a team being so inept that it would bid against itself and offer up a pick. And since the Redskins aren’t going to be trade partners, such an inept team may not exist.

Dallas can’t cut Romo until March 9. After that, the Cowboys have to eat a $19 million cap hit in 2017 upon release. But if thy cut him after June 1, that dead money will be spread over the 2017 and 2018 caps. Dallas can, however, cut Romo on March 9 and designate him as a post-June 1 cut, which would have the same effect on the cap but allow Romo to hit the market with everyone else. This scenario feels like the most likely one.

The Romo trade has passed its expiration date. Maybe the Cowboys could have gotten a late-round pick for their ex-quarterback last month when there was more uncertainty about the process, but now that Romo’s release is so close, there’s no good reason for teams to give up a draft pick for a player they’ll be able to get for free in three days. 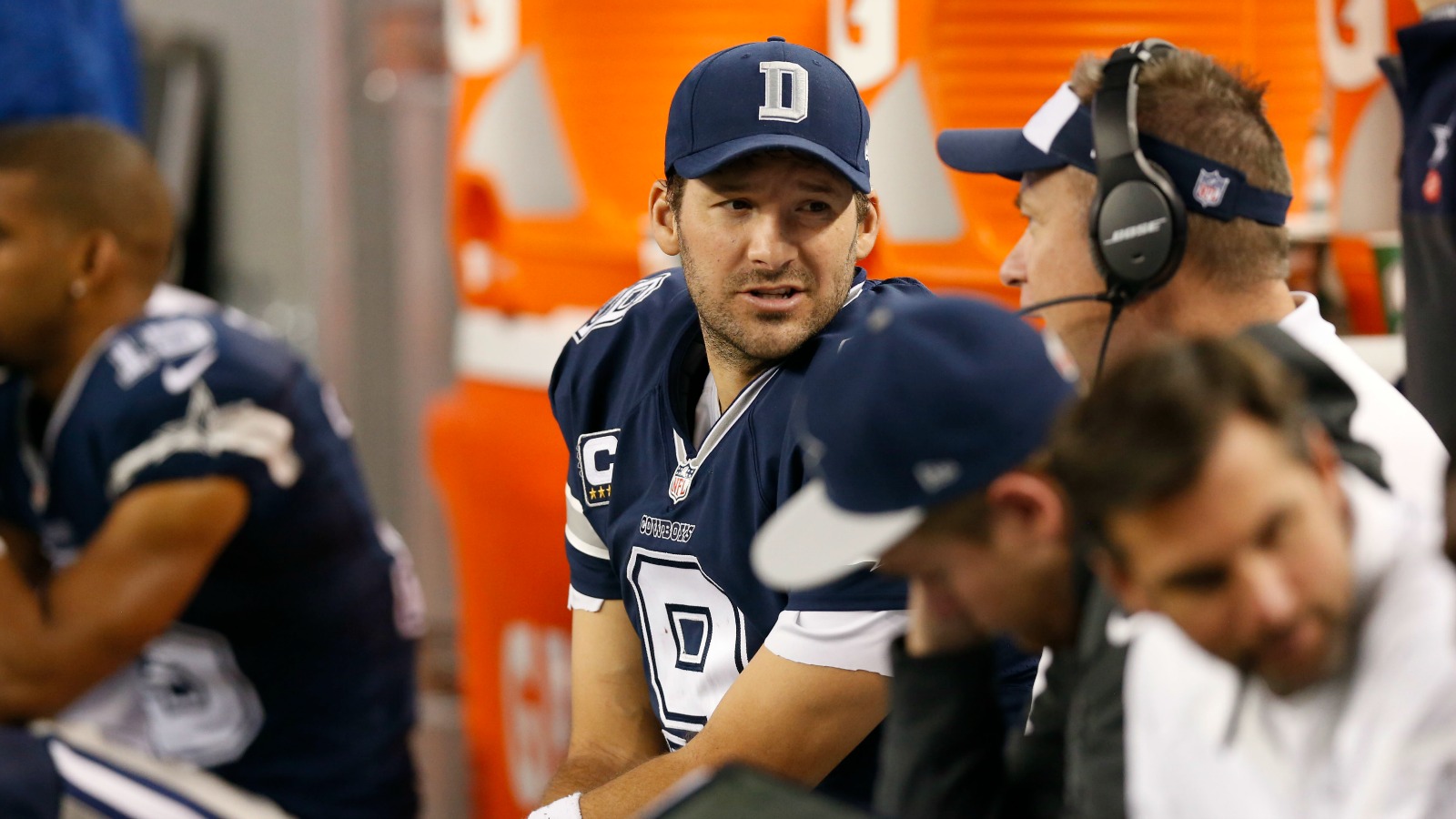 Gallery: Skip Bayless: Jerry Jones has to pick between helping Tony Romo or the Cowboys