Jameis Winston had himself quite the day in the Week 11 victory.

Jameis Winston’s ridiculous Week 11 performance is one that will place him in with elite company.

After throwing for five touchdowns and no interceptions during the Tampa Bay Buccaneers’ dominating win over the Philadelphia Eagles, Gil Brandt of NFL.com reports that Winston’s stat line has only been replicated by one other rookie in history.

Jameis Winston is the 2nd rookie QB in NFL history with 5 TD passes and no INTs in a game, joining Ray Buivid of the Chicago Bears in 1937. 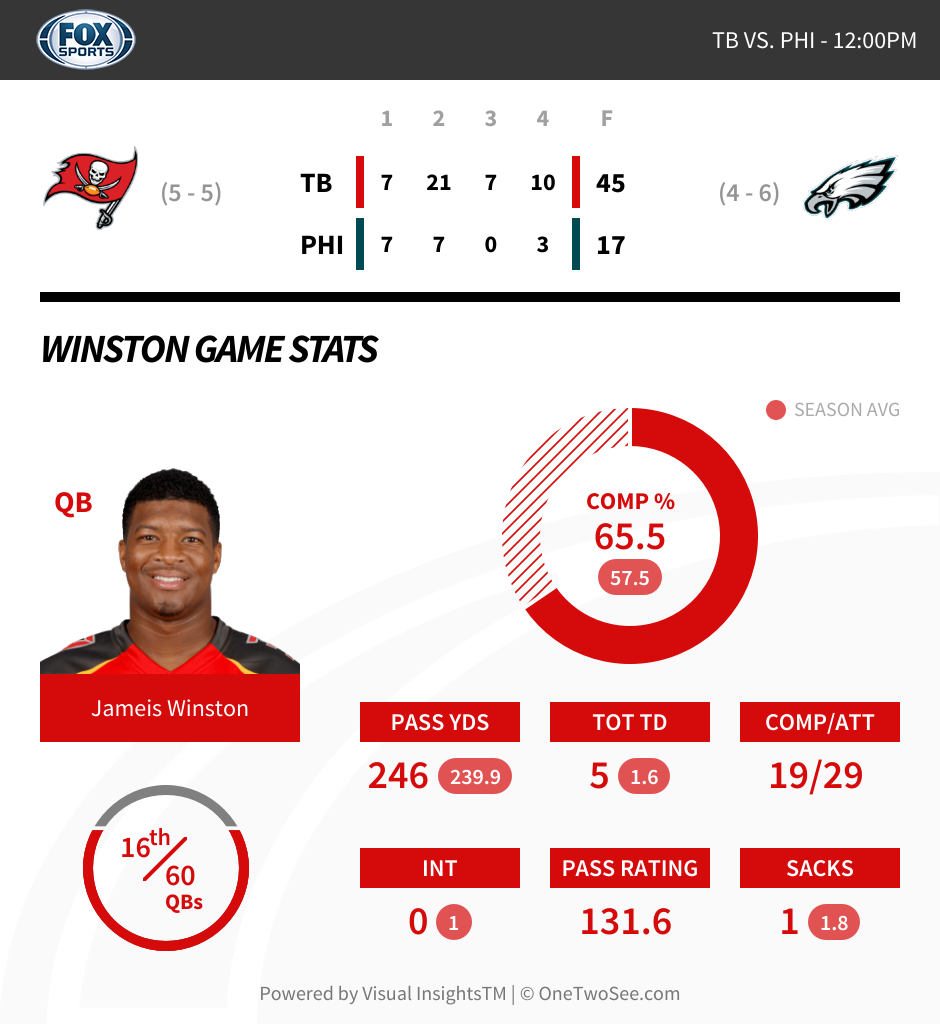 That’s pretty impressive company, and it’s safe to say that Winston is truly playing like the No. 1 overall pick at this point.