That sweatshirt he's wearing won't come cheap, but it will support a good cause.

Coming out of college, Russell Wilson was lauded for his unquestionable character and leadership qualities. He was viewed as a "good guy" in addition to being a talented — albeit, short — quarterback.

That was four years ago when he fell in the Seahawks’ lap in the third round. He’s since become one of the best quarterbacks in the league, yet he’s maintained his modesty and humbleness away from the field, visiting children’s hospitals with unprecedented regularity.

To further solidify his status as a well-rounded person, Wilson launched his own clothing line appropriately dubbed "Good Man Brand." And its purpose follows its name impeccably.

For every item purchased, $3 will be donated to the Why Not You Foundation, which helps inner-city kids and "big issues like childhood cancer, world hunger, and domestic violence," according to the brand’s website. 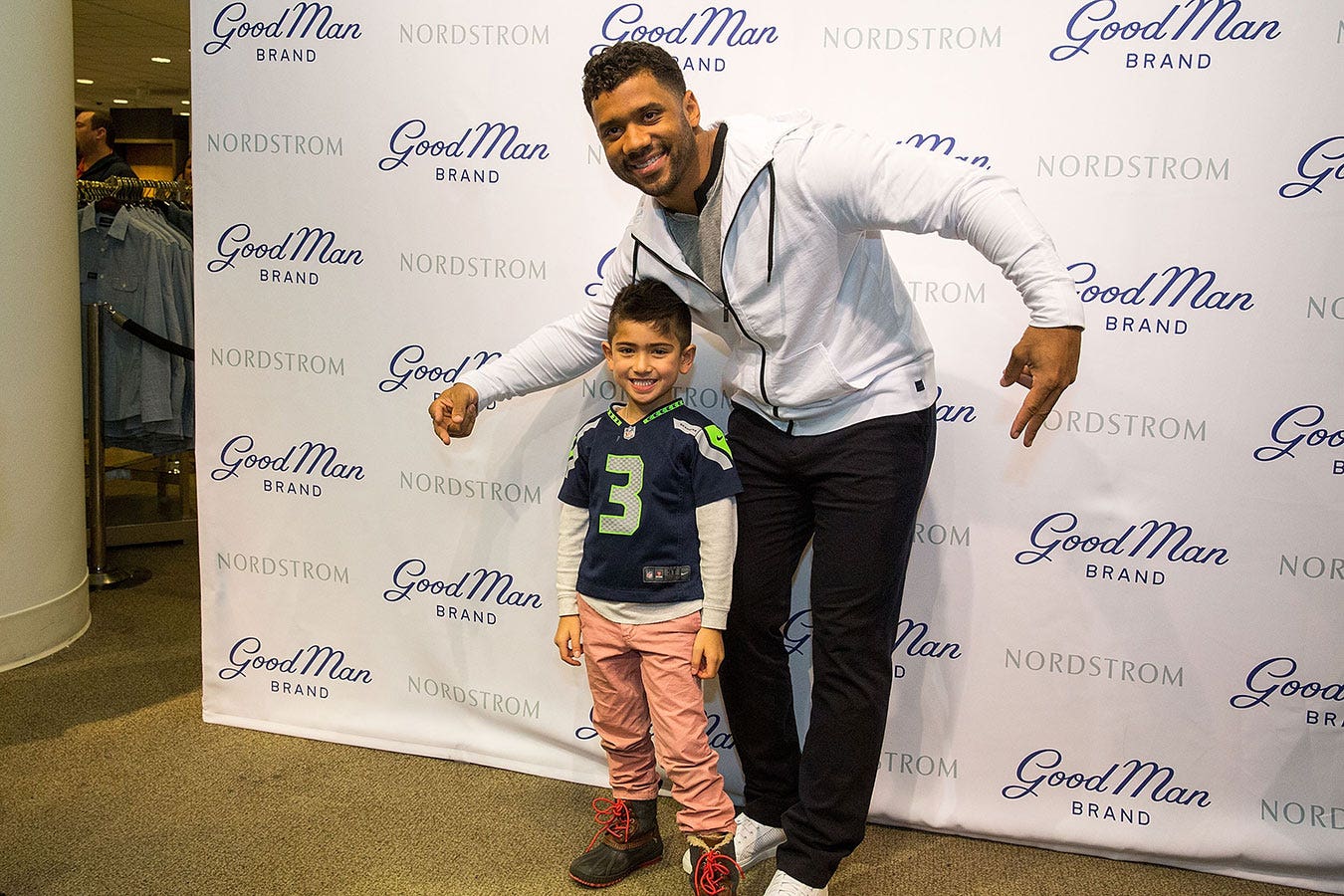 "We’re going to change a culture through fashion," Wilson said at the launch event Monday night at Nordstrom in Seattle. "This is not a celebrity-driven brand. I wanted to make unbelievable clothes. That was a no-brainer. That’s the most important thing."

The line includes everything from shorts and T-shirts, to blazers and shoes. And while the prices aren’t as high as those for Kanye West’s "Yeezy" line, they aren’t cheap. A tee will run you upwards of $76. And for those slip-on sneakers you’ve been wanting? Those will cost you $298.

Overall, the threads look sweet. They’re causal and can be worn for several occasions: a fancy dinner party or a night out in the city.

Regardless of the success of the brand, Wilson should be applauded for his attempt at changing the culture of fashion. Yes, the clothes are expensive. Yes, they’re not for everyone. But how many other companies are making a donation with every purchase.

Furthermore, he’s not stamping his name everywhere, either. If you go on the brand’s website, you’ll have a hard time finding "Russell Wilson" anywhere.

In addition to being available online, the clothes will hit shelves in 20-plus Nordstrom stores and 75 "mom and pop" shops.