The Seahawks wore uniforms that fell somewhere between Ecto-Cooler green and nuclear vomit. The Rams arrived with an interim head coach, the former special teams ace John Fassel, who replaced the fired Jeff Fisher earlier this week. The Seahawks were without free safety Earl Thomas (broken leg) and with cornerback Richard Sherman, who aptly termed Thursday Night Football a “poopfest” earlier this week. Fans here even made T-shirts. They read: #poopfest, and they were also weirdo green.

All that was simply backdrop. Then there was the game itself, which unfolded like an episode of Stranger Things. It was, undoubtedly, a “poopfest,” albeit with some unexpected plot twists. Like when the Seahawks dialed a fake with punter Jon Ryan late in the fourth quarter, and Ryan bolted upfield, bobbled the ball and was nearly decapitated by a Ram defender. Ryan was the most unlikely of the four players who wound up in concussion protocol. Another was Jared Goff, the Rams’ rookie quarterback, who led L.A.’s offense to 93 totals yards in the first three quarters, while absorbing what looked like a painful beating.

Now what? That's the question for Doug Baldwin and other athlete activists 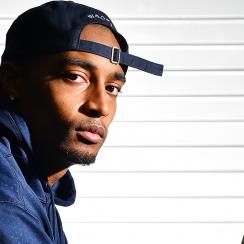 This was … Thursday Night Football, more or less. Failed trick plays. Drops. Penalties. Sacks. Injuries. A 57-yard bomb from Seahawks quarterback Russell Wilson to receiver Tyler Lockett that felt more like an aberration than anything else. Chippy back-and-forth from division rivals. Big hits. Bad throws. And pumps. Don’t get us started on the pumps. Michael Bennett, the Seahawks defensive lineman, also landed in concussion protocol, but not before he sacked Goff and commenced with his usual gyrating, and not for one pump but for three. (Quick aside here: What kind of world exists where two pumps is considered simply unwholesome fun and three pumps means a 15-yard penalty? Answer: a world where those in the know understand that three pumps is a no-go but no one, not even receivers, can discern what a catch is. That’s the NFL in 2016.)

The only thing that wasn’t present Thursday night was clarity. Sure, the Seahawks wrapped up another NFC West title with their 24–3 victory. Yes, they out-gained the Rams (299–183), held the ball longer (32:30–27:29) and recorded three Wilson touchdowns. But that was, at best, a misleading recap.

Victory beat the alternative, of course, after two losses for the Seahawks in their previous three games, after the lackluster stumble at Tampa Bay and the drubbing in Green Bay. But this didn’t look like the dominant Seahawks team that went to New England and won handedly, that topped the Eagles and battered Carolina.

This Seahawks team looks like most NFL playoff teams, in that Seattle is capable of a run this January but also appears to be seriously flawed. Behind an offensive line that has been shaky most of the season, the Seahawks averaged 2.4 yards per carry Thursday. Their playcalling was conservative, even by their generally conservative standards. When television cameras captured Sherman yelling at offensive coordinator Darrell Bevell on the sideline—Sherman later said he was actually screaming at Pete Carroll, the head coach, which is so much better—Seahawks fans everywhere applauded.

Meanwhile, anyone at home making a list of Seattle’s most indispensable players should start with Wilson and add Sherman, Thomas, Bennett, strong safety Kam Chancellor, linebacker Bobby Wagner and receiver Doug Baldwin. Thomas, one of the best safeties in pro football, an eraser of space in the Seahawks’ famed secondary, is out. Bennett has missed time this season due to injuries, and he was injured again Thursday. Sure, the Seahawks boast of more elite players than most teams, but their roster isn’t that stocked. Nor have they played their best football in recent weeks, although those two things are likely related. Regardless, defensive end Cassius Marsh said, “There is a lot of room for growth.” 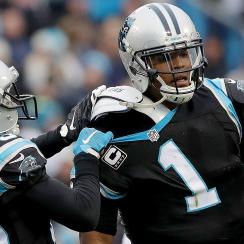 On one hand, the Seahawks are 9-4-1 and within closing distance of a playoff bye. On the other, they enter the final two weeks of the regular season lacking their usual late-December dominance. On a phantom third hand, what team in the NFL playoff picture appears without issues now? The Patriots don’t have tight end Rob Gronkowski. The Cowboys have a quarterback controversy percolating. And those are the best teams. They’re the least flawed teams in the NFL. Everyone else presents a flawed case for—and an easy case against.

So there’s time. Time for the Seahawks to tweak the offense to its super-charged late-2015 level. Time for safety Steven Terrell to continue the improvement he expects with additional game reps in Thomas’s absence. Time—more than a week—to get as healthy as possible for a stretch run.

There’s not that much time, though, and the Seahawks appeared to sense that Thursday night. Hip-hop blasted from the speakers in their locker room as players donned T-shirts that read “Hold Down the West.” But it qualified as little more than a muted celebration, and one the Seahawks are familiar with: win division, tug on T-shirt, prep for what really matters—games in the coming weeks. It’s a nice problem to have. But it’s still a problem.

Reporters crowded three deep around Sherman’s locker, asking him about the sideline confrontation. Carroll popped into the locker room, doled out three hugs and popped back out. Bennett dressed and bolted. No one asked about those pumps (2: OK; 3: BAD!).

Yes, Thursday night contained a little bit of everything—except clarity, which is what the Seahawks needed most. No team that wins even a “poopfest” need apologize, especially not when wearing another division crown. But it’s one thing to beat the Rams at home on Thursday night and another to topple the Cowboys in Jerry’s World come January, with a Super Bowl berth at stake. There’s still time. There’s just not a lot of it.