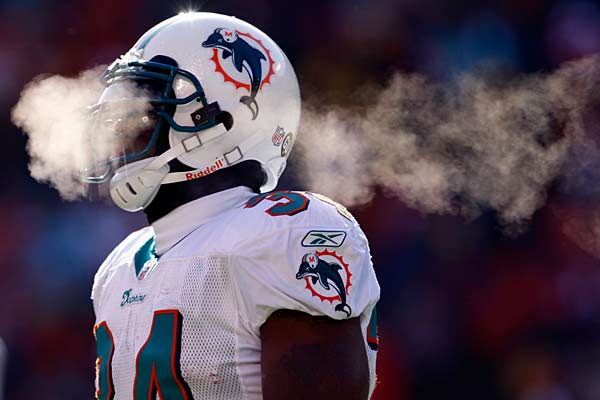 The NFL’s substance abuse policy still prohibits the use of marijuana, but some former NFL stars are hopeful that players will one day be able to use the drug medicinally.

Ricky Williams – who violated the league’s substance abuse policy multiple times and was suspended for an entire year in 2006 – and Jim McMahon encouraged athletes to use marijuana during a panel at the Southwest Cannabis Conference and Expo in Texas Sunday.

Via the Dallas Morning News:

"I think if we open our minds and are willing to put our necks out there and be ourselves, Williams said, "we’ll prove to ourselves we’re OK, and we’ll prove how wonderful this plant is."

Williams explained he turned to using cannibis as an alternative to taking pills to cope with the wear and tear of football.

"We’d have to take pills on a daily basis just to practice. That’s when I promised myself I was going to find another way to practice."

McMahon, now 56, has been very open about his health problems in recent years. McMahon said in 2014 that he struggled with depression and had suicidal thoughts. In a television appearance in Chicago, the former Bears quarterback said in 2012 that if he could go back in time, he’d play baseball instead of football. McMahon credits his marijuana use for helping him deal with pain.

"They can’t reverse the damage done, but at least they can keep you from having suicidal thoughts and the sharp pains in my head."