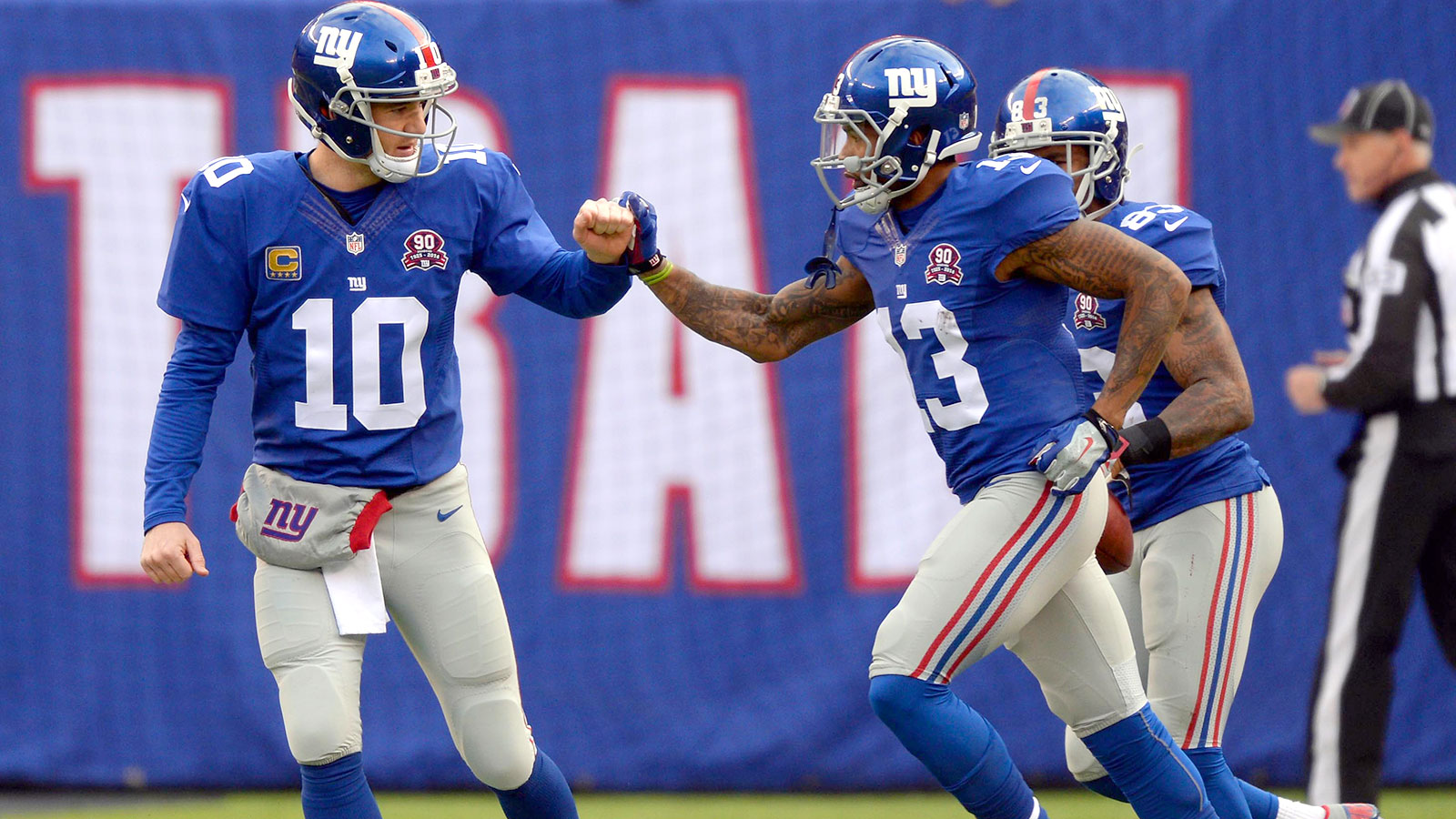 Odell Beckham Jr. continues to take advantage of the opportunities afforded to him. The 2014 Rookie of the Year will be the Madden 16 cover boy and he plans to put on a show before the Giants' Monday Night Football matchup with the Dolphins in Week 14. On Tuesday, it became public that NBC has announced that Beckham will featured on their opening credit for Sunday Night Football during the 2015 regular season.

The hype continues to build, but Giants fans are probably only focused on the hamstring injury that kept Beckham out of spring practices. Will it heal up in for training camp?

We're excited to have @OBJ_3 on set and repping the @Giants in our new #SNF open! pic.twitter.com/nsulRKE7Xe

Watching the craziest catch in #SNF history with the man himself @OBJ_3 pic.twitter.com/fmx1qAdhfc

STOP WHAT YOU'RE DOING & watch @Giants WR @OBJ_3 throw it down! #SNF pic.twitter.com/Gur5F2W90Y