If the NFL wants to grow the game, stop sending the Jaguars to London 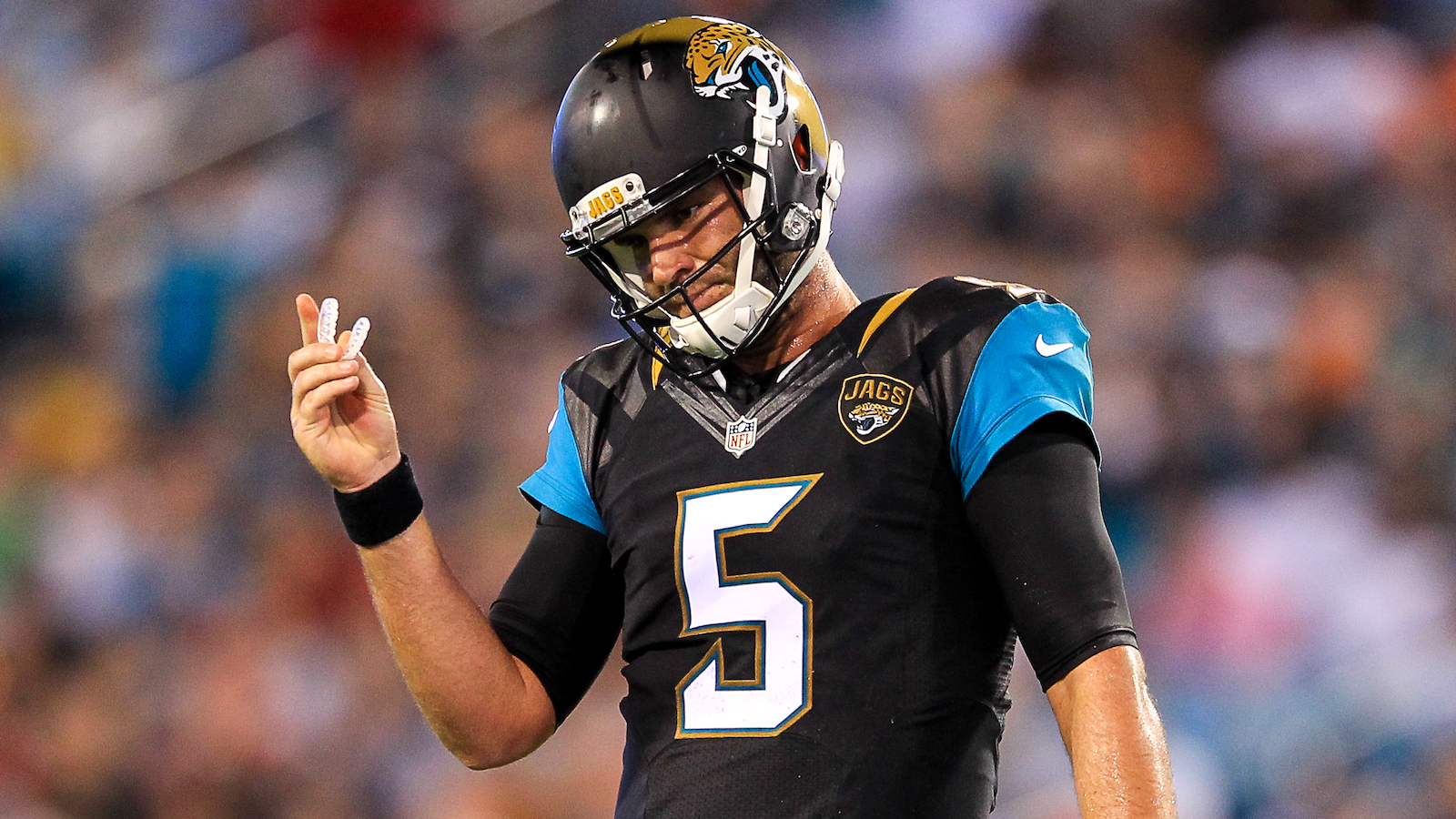 The NFL is the most popular sports league in America. It makes the most money, it’s watched by more fans than any other sport, and stadiums are packed for all 256 regular-season contests from September to the end of December.

Popularity has rarely been an issue for professional football outside of the 1982 strike, which shortened the schedule from 16 games to nine, and it’s been increasing consistently year after year. Of course, this all referrs to American fans – not those across the pond or around the world.

There’s no question the league has made a concerted effort to spread the popularity of football – American football played with helmets and a pigskin – to other countries and corners of the world. The International Series has put the NFL in London for the past 10 years, playing at least one game across the Atlantic each year since 2007.

This season will mark the 10th iteration of London football as the Jaguars will take on the Indianapolis Colts at 9:30 a.m. ET Sunday at Wembley Stadium. It’s the fourth straight year the Jaguars are playing a game in London given that they’ve volunteered and agreed to do so. 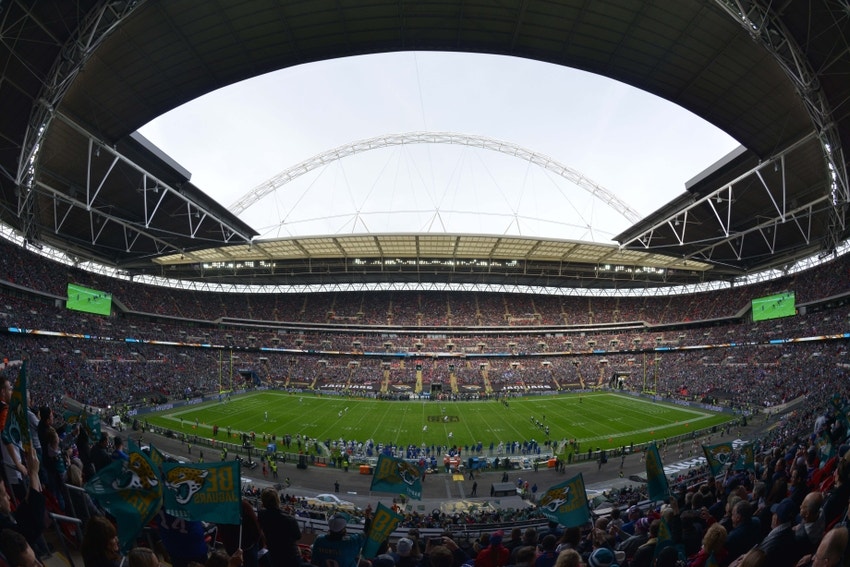 As a result, they’re forced to give up a home game that would have taken place in Jacksonville, which has averaged the NFL’s sixth-lowest attendance figures at 61,653 per game. By comparison, Dallas is first at 91,710 per home game.

Because of their perennial lack of success and little name recognition up and down the roster, the Jaguars are far from the most popular team in football. In fact, it’s quite the contrary. Next to the Browns and, say, the Buccaneers, the Jags are among the least popular franchises. They’re just the 25th most valuable, despite pulling in a cool $344 million last year. But if Jacksonville boasts one of the least exciting franchises in the league, why are the Jaguars always sent over to London with the goal of growing the game of football? 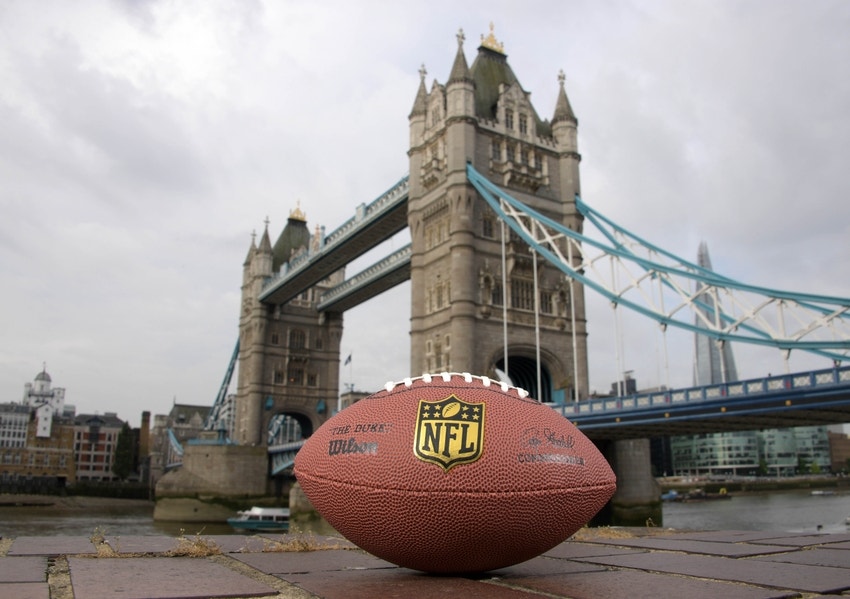 As it stands right now, the Jaguars have an agreement with the NFL to play at one game per year in London – an agreement that has been withstanding since 2013 and was extended last October. The deal now runs through 2020, which means the Jaguars will "host" an NFL game in London for the next four years.

The Jaguars weren’t forced into this agreement. They volunteered to give up a home game to make the trip across the pond. They wanted this, for some reason. They wanted to play seven home games, as well as one where probably less than half of the fans in attendance will be cheering for them.

Seeing as the Jags are 0-3 and have won exactly 12 games since the start of the 2013 season, one might say they’re not the best team to send to London with the goal of making football more popular overseas. That’s a valid argument; they’re not the best team, nor are they the second-best, or third-best, or 20th-best choice. They should be one of the last teams the NFL showcases to its international fans. 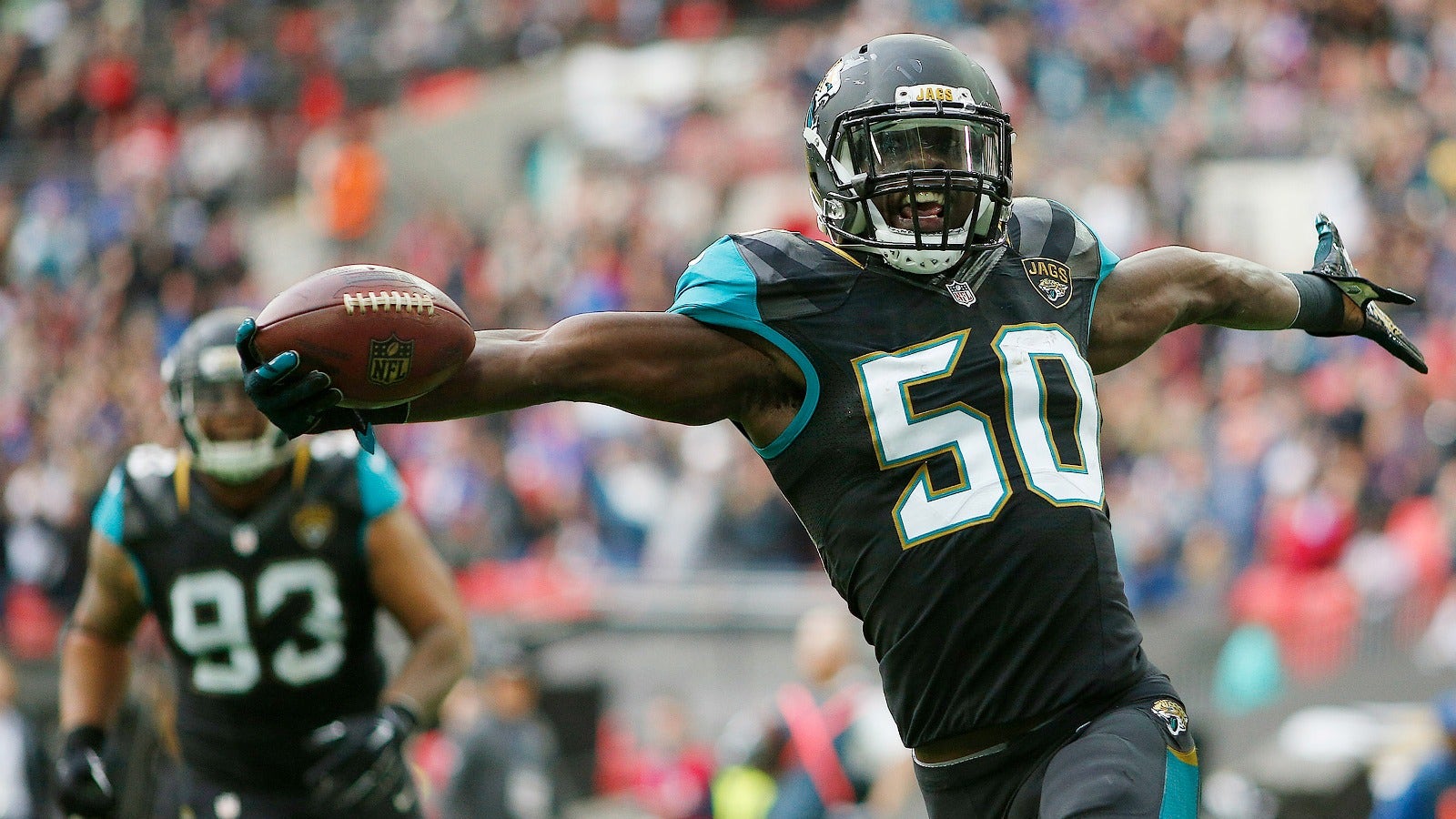 The Jaguars have won just one of their London games since 2013, losing their other two by a combined score of 73-27. Their first loss came to the 49ers in 2013, falling 42-10 in embarrassing fashion. One year later, they got beat by the Cowboys, 31-17. This past year, they eked one out against the Bills as EJ Manuel essentially handed the Jags a win with two interceptions, one of which was returned for a touchdown. And it took a miraculous reception by Allen Hurns in the final minutes for Jacksonville to win that one.

Their track record in London has been abysmal with two of the three games being blowouts – and trust me, the 31-17 loss to the Cowboys was much worse than the score indicates. The Jaguars scored 10 points in the fourth quarter on a safety and a touchdown with a two-point conversion. It wasn’t close. 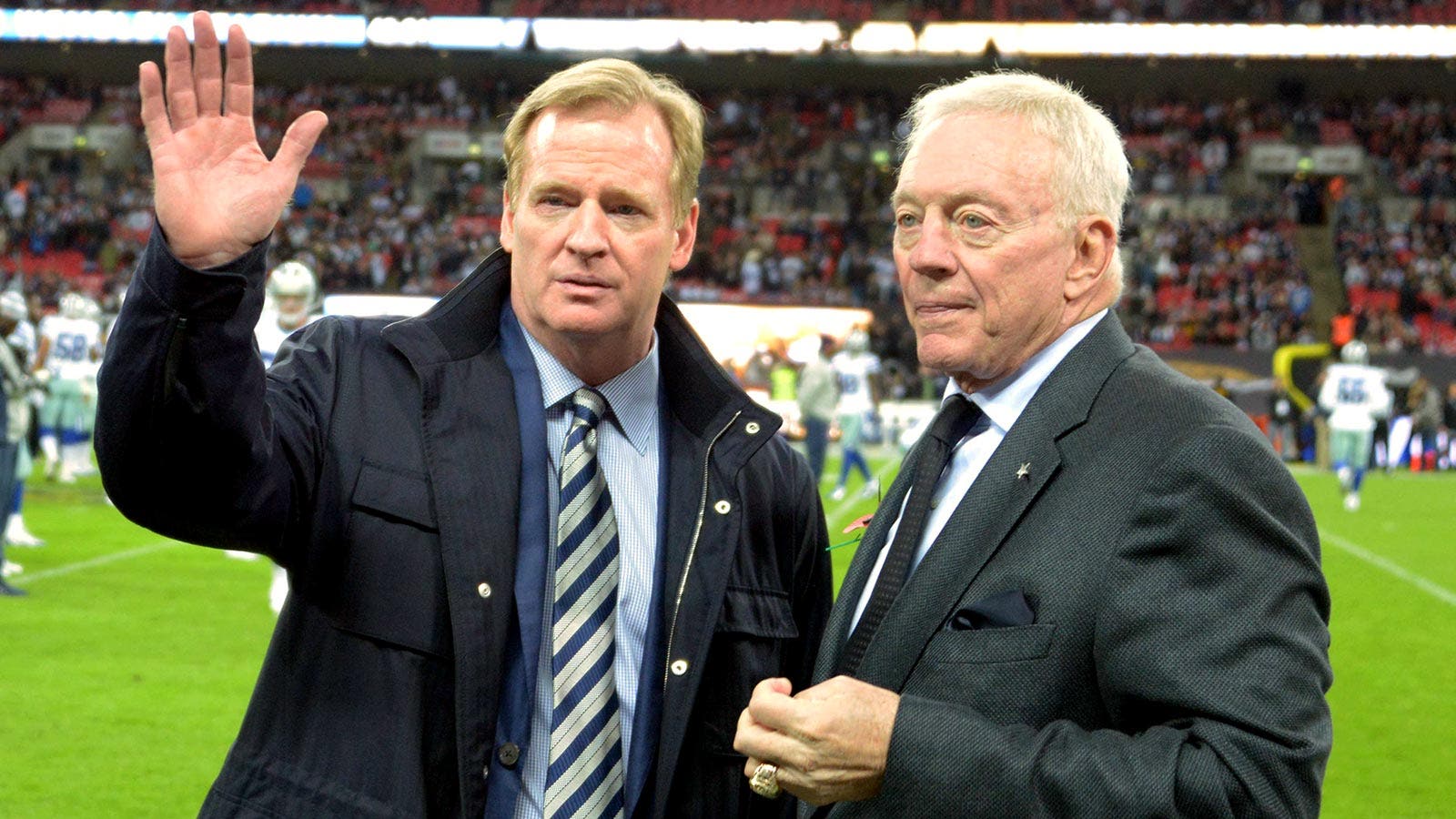 Their terrible play gives London fans little reason to be excited about seeing Jacksonville play at their iconic Wembley Stadium each year. Sure, attendance numbers are always astronomical, but that’s not because Blake Bortles and T.J. Yeldon are coming to town. It’s because it’s a rare occurrence for London natives, and it likely wouldn’t be sold out on a regular basis were Jaguars ever to move to England permanently.

If the NFL is serious about growing the game internationally, it has to make a decision. Either remove the "willing" label from the agreement when it comes to selecting a team to play an international game, or nix it completely. Force a team like the Packers, Patriots or Cowboys to give up a home game to play in London or Mexico or China, which the league is considering, or don’t do it at all. 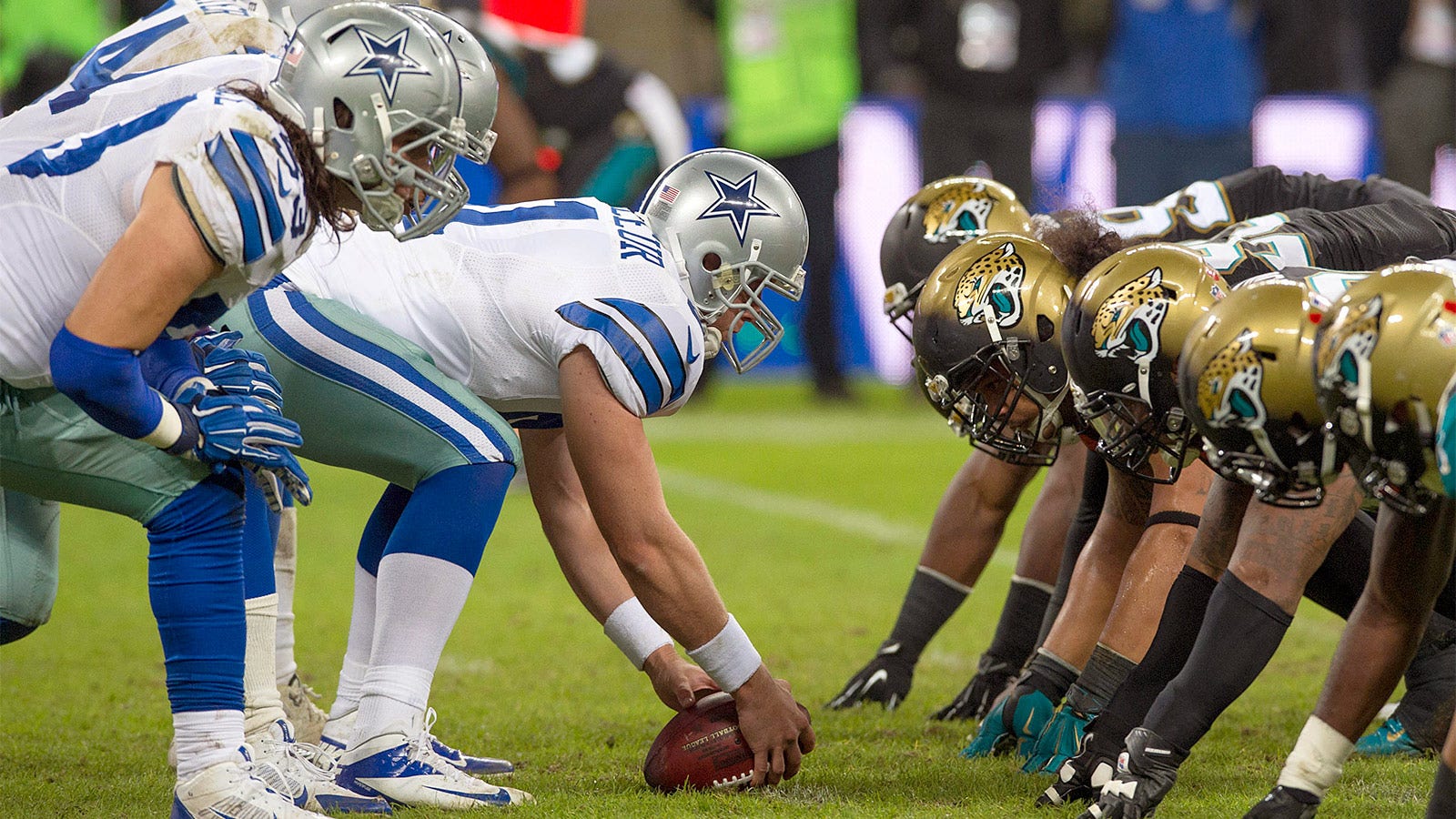 Sending the unexciting Jaguars to Europe is like the Premier League sending its least interesting team to America with the hopes of making soccer more popular. It just won’t work. Fringe NFL fans need to celebrate and cheer on players they know – Aaron Rodgers, Tom Brady, Andrew Luck, Tony Romo. Heck, even Big Ben and the Steelers would be a great choice.

The iconic Packers, or always-successful Patriots, or polarizing Cowboys will make good on the NFL’s efforts to increase popularity around the world. The NFL is wildly favored and in demand as it is, so spreading awareness isn’t a necessity. But if you’re going to do it, go the whole nine yards.