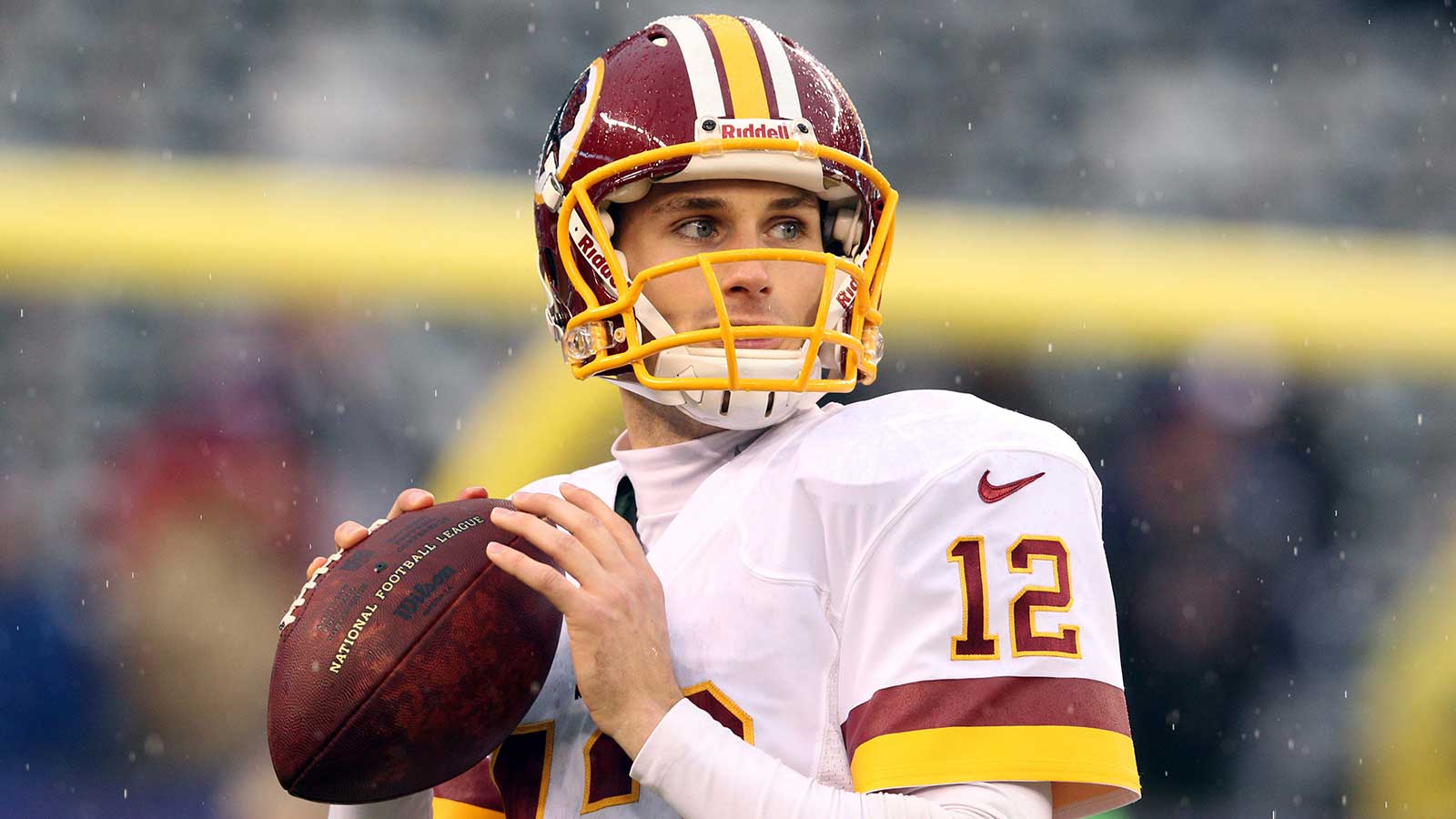 When Geno Smith was unexpectedly sidelined with a broken jaw after being punched by IK Enemkpali, the New York Jets knew they had Ryan Fitzpatrick to lead the team. Apparently, he wasn't the only contingency plan, though.

According to Ian Rapoport of NFL Network, the Jets called the Washington Redskins about a possible trade for Kirk Cousins.

Clearly, that trade never came to fruition as Cousins is the starter in Washington with Robert Griffin III as the third-string quarterback. Fitzpatrick is likely to lead the Jets until Smith returns, but he could remain the starter for longer if he plays well.

In the Jets' Week 1 win over the Cleveland Browns, Fitzpatrick was 15-of-24 for 179 yards, two touchdowns and one interception. A 95.7 passer rating in the season opener is a good sign for the veteran, who's now with his sixth NFL team.

When Geno Smith broke his jaw, #Jets didn’t know how long he was out. One team they called: The #Redskins about trading for Kirk Cousins.