Teddy Bridgewater can lean on Kyle Rudolph at tight end 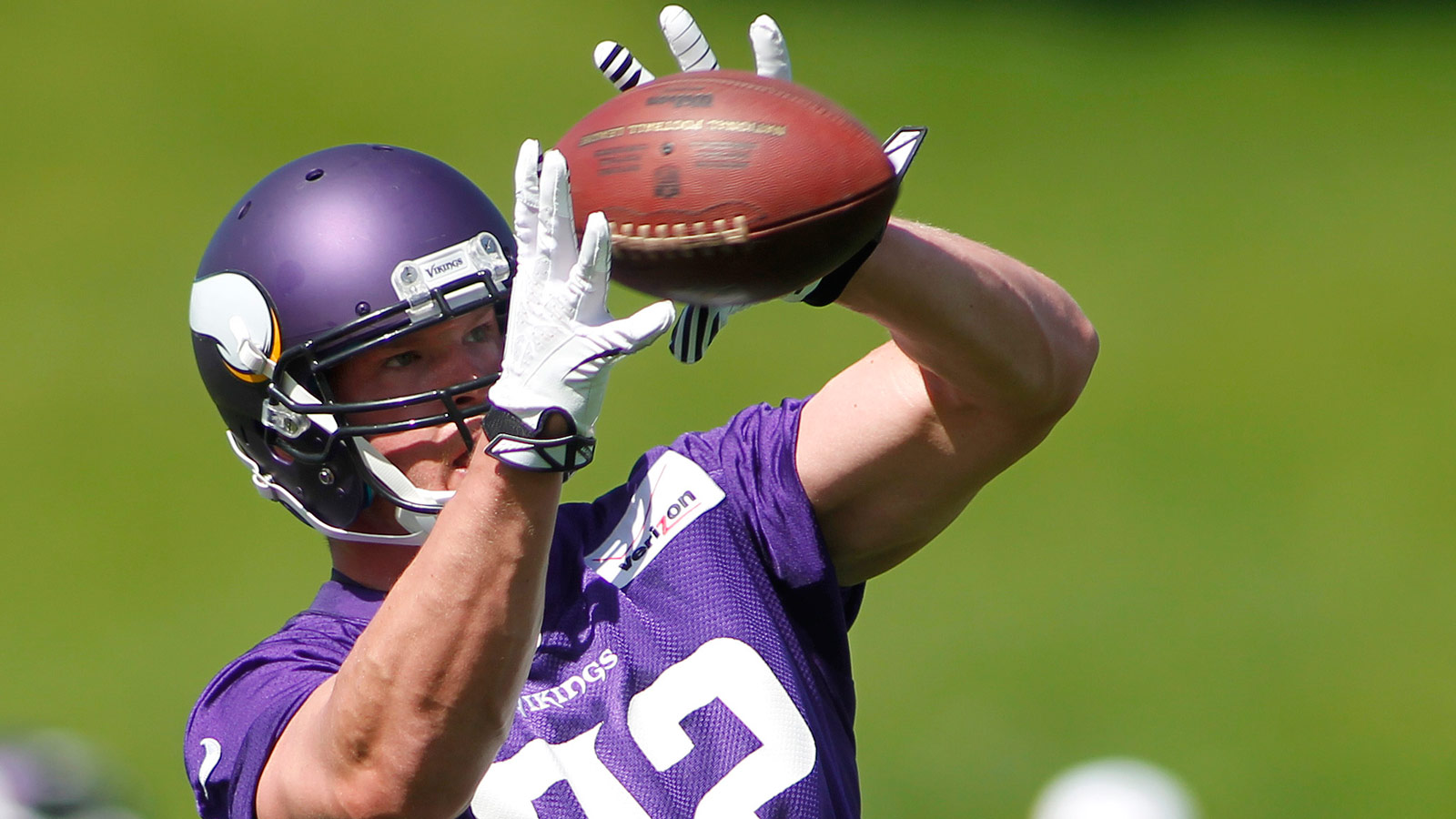 "Whether he’s the primary read or he’s a late outlet as I’m going through my progression, Kyle is always in the right place at the right time," Bridgewater said, via Mark Craig of the Star-Tribune.

Rudolph hasn’t played a full season since 2012, when he made the Pro Bowl with a nine-touchdown campaign. Last year, when Bridgewater was a rookie, Rudolph spent half the season on the sideline and was bothered by knee, ankle and groin injuries.

The Vikings hope Rudolph bucks his "injury prone" label in 2015, knowing how big the 6-foot-6, 265-pound pass-catcher’s offensive impact can be when healthy.

"Just having Kyle back helps," wide receiver Jarius Wright said, per the Star-Tribune. "He’s always been a big target. He’s easy to see, that’s for sure. And you know for sure that if you throw him the ball, he’s going to catch it, no matter who is on him or what the situation is. Kyle has some of the best hands on the team."

Bridgewater completed two passes to Rudolph for 22 yards in the Vikings’ first preseason game, showing a clear affinity for his big-bodied tight end.