Why would Kirk Cousins want to stay with the inept Washington Redskins?

Kirk Cousins may not be the most mobile quarterback in the NFL, but it’s time for him to use his feet and run. Run, Kirk; run all the way out of Washington, as far as you can from the dysfunctional, inept front office that’s underestimated you for four seasons and perpetually keeps the Redskins a laughingstock both on and off the field. Go to San Francisco to play with your first offensive coordinator, Kyle Shanahan. See if there’s any way of getting back together with your second OC, Sean McVay, in Los Angeles. Try to get into that Tony Romo market. Or ride it out this year and have your sights set elsewhere in 2018. Anywhere but Washington, Kirk. Anywhere.

The 28-year-old Cousins almost certainly will be tagged next week as Washington’s franchise player — the second straight year with the designation and one that will earn him $24 million on top of the $20 million he banked in 2016. Barring a long-term deal or a parting of the ways sometime in the next calendar year, Cousins is likely to receive a transition tag from Washington in 2018, which would give him a $28 million base salary and allow him to shop around free agency, with the Redskins having the ability to match any offer.

All that gives Cousins most of the leverage in this situation. He should, and will, use it to get paid on a long-term deal for his fair market value. By whom is the big question. Even though it could still work out for Cousins and the Redskins, every passing day makes it less likely he’ll be around in 2018, or maybe even earlier.

Why? It’s not that a player and team can’t reconcile after acrimonious contract negotiations. That happens all the time. Once the signatures hit paper, all that stuff is in the past.

The red flag is that there’s any acrimony at all. This should be a no-brainer for Washington. When you have the only quarterback in 25 years to lead you to back-to-back winning seasons and the first build-your-franchise-around-him QB to play for the team since Joe Theismann broke his leg, you do what it takes to bring him back — whatever it takes. This is a team that will throw $50 million at Josh Norman when he’s been on the street for 24 hours but won’t pony up $60 or $70 million guaranteed for a quarterback who’s proven himself on its field for the past two years? It’s insulting, sure, but this isn’t a matter of pride. That heals. It’s a matter of logic.

Cousins has to ask himself, if the Redskins are too stupid to not lock him down, what else are they going to screw up? Recent history gives you a pretty good idea, and though the Scot McCloughan era looked like it might be different, the GM isn’t speaking to the media and is getting undercut on the team’s radio station, leaving every reason to believe owner Dan Snyder and team president Bruce Allen are calling the shots. If so, they’ve shown not just a lack of faith in contract negotiations but a baffling breakdown of forethought.

If Cousins is under center in Week 1, he’ll basically be playing on the last season of a two-year deal for $44 million guaranteed. (Two consecutive franchise-tag seasons at $20 and $24 million.) Now, ask yourself how much more the Redskins would’ve paid if they’d made an actual attempt to lock up Cousins after 2015? Brock Osweiler, the butt of every bad contract joke, got $37 million guaranteed last year on a $72 million deal that lasts four years. The Redskins, again, are going to pay Cousins $44 million guaranteed for just two years. He theoretically could have been had for $44 million guaranteed last year and would still be under contract for years, with the goodwill and understanding that he’d probably be a lifer. Somehow though, by undervaluing Cousins the Redskins overpaid him. He’s getting above market value in a quarterback market! That’s front office chaos you can’t make up, and the mistake is only going to snowball even more.

Yes, it might have taken a premium to get Cousins to sign last year — he seemed intent on taking the one-year risk to prove himself. But there was a number (there’s always a number) he would have taken. Despite Cousins’ spectacular 2015 with its run to the playoffs, Washington evidently didn’t come close to getting there. So the Redskins said “prove it” once again and Cousins did — showing himself to be a top 10 to 12 quarterback in the NFL in 2016. And still the team hems and haws. It’s unbelievable.

The ‘Skins front office must not like the quarterback market and evidently doesn’t adhere to the belief that a player is worth what somebody will pay him (ironic for a team that once gave Albert Haynesworth $100 million). They keep trying to push the Cousins situation as far as it can go, apparently oblivious to the expiration date on how much longer they can keep using CBA machinations to mask their indecision.

If Snyder and Allen don’t think Cousins is worth the $110 million to $120 million in funny money it’ll take to sign him, then fine. But what’s the other option? If you think his eventual replacement (let’s say it’s current backup Colt McCoy) can be better than Cousins, then isn’t this ultimately leading to the same contract negotiation in two or three years with McCoy? What’s the end game? At some point, you have to pay a quarterback. So unless a Washington QB wins a Super Bowl, Flacco or Eli style, won’t Dan Snyder continue to search for greener grass as the Redskins have been doing for 30 years?

Because that’s what they’re doing here. A team that’s had five playoff appearances (and two wins) in the Dan Snyder era keeps looking for Aaron Rodgers when it’s been repeatedly shown you can win with far less. (Cousins can’t be Matt Ryan? Really?) There’s little doubt the team doesn’t want Cousins to “win” this contract negotiation. If it did, there’d have been a leak or a signal from the team that it planned on doing everything it could to bring him back.

That might not be great for leverage for Washington, but this isn’t about getting the upper hand. It should be two sides working together to find a deal that satisfies both parties. Assuming both parties enter the negotiations in good faith and with a mutual desire to come to a deal, it wouldn’t be a problem. The Redskins are making it one, and Cousins is right if he wants to keep cashing his franchise checks until he’s able to hit free agency next season.

Maybe Cousins is more to blame for the standoff than we think. Could he be overpricing himself all for a couple more million on the backend? Perhaps, but that doesn’t seem to be the wisest course of acting. I’m all for guys getting paid what they can, but if the offer is fair and the impasse is over a few million dollars, playing this season without a safety net, on an offense that could be far worse than in 2016 and with a chance of massive injury lurking on every snap, then I’d say a few million is negligible.

Get what you can, Kirk Cousins. But don’t wait too long or else it might be gone forever. 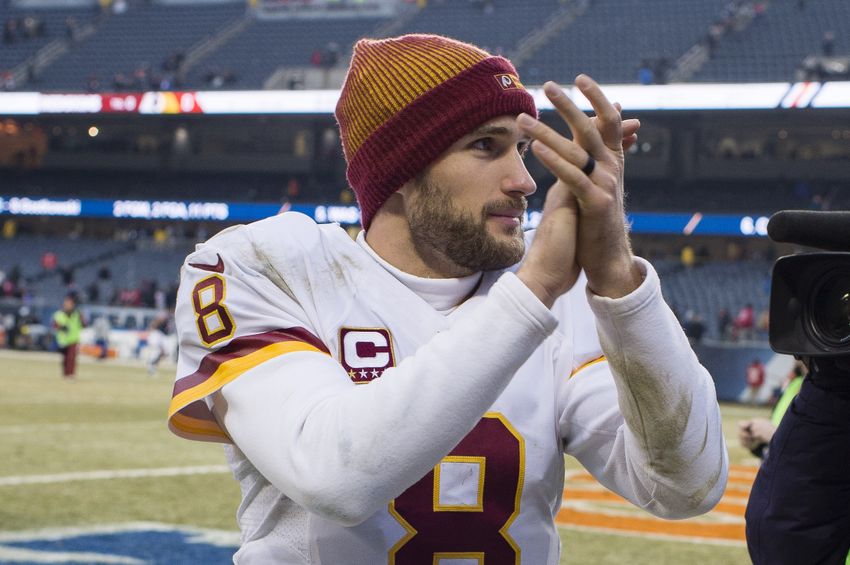 Gallery: 7 NFL free agents who are bound to be overpaid