This matchup begins the clash of two AFC North rivals … can the Browns climb back into the hunt? Or will the Steelers widen the gap?

Who would you take: A Pittsburgh Steelers (5-4) team on a four-game winning streak … or a Cleveland Browns (3-6) team who just snapped a four-game losing streak with a win over the Bills last week?

Thursday Night Football has serious playoff implications on line – for a second week in a row! Why not elevate the stakes and join in on the action? Just download the Super 6 app to play for free with a chance to win $25,000. Simply download, sign up, make your picks and watch the game.

And guess what? You’ve got me here to help … let’s see who I’m taking!

Who will catch or rush for the first touchdown?

I have to go off the board with this one and here’s why: We really don’t know what’s going on with the Pittsburgh offense … there just are too many weapons – Mason Rudolph, the quarterback, could sneak one in there.

And for Cleveland, we are looking at a brand new team. I don’t see Kareem Hunt listed as an option … he could easily get the first score. There is it is folks: Any other player scores the first touchdown.

How many points will be scored in the 1st quarter?

Well, if you look at the overall line for the game, the total is right around 40 … so this is going to be a low scoring one. I’m feeling four to six points in the first quarter – I’m thinking maybe two field goals happen. We’re talking about a Steelers’ defense that is straight nasty. If you watched that Rams game, the Rams could do nothing offensively – they did not score an offensive touchdown … I think the Browns will struggle as well. Give me 4-6 points total in the first quarter.

How many receptions will Odell Beckham Jr. have in the 1st half?

This is a tough one because Freddie Kitchens and Baker Mayfield have talked in the media about targeting Odell … now other teams know what’s coming. The Bills did a good job containing Odell, and I think the Steelers will follow that game plan. Joe Haden, a very good cornerback … probably top 10 in the NFL – he’ll match up with Odell. I just really don’t think there will be much room for Beckham. Put me down for two catches for Odell Beckham in the first half. 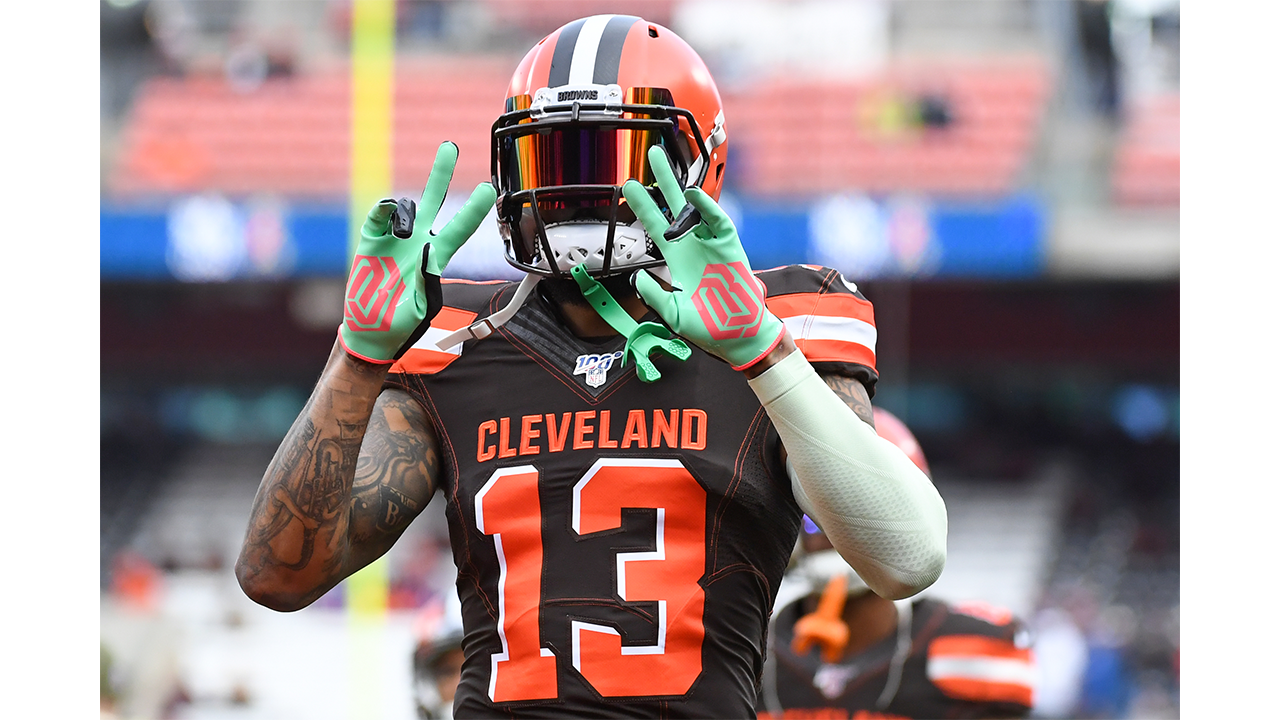 How many passing yards will Mason Rudolph have in the 2nd half?

This is a difficult one too … I don’t see an avenue for success for Rudolph here and this is why: He doesn’t like to go downfield. The Browns’ secondary has been pretty strong, but their run defense is questionable … I just don’t think he’s going to be throwing much.

A big question here: Can Juju Smith-Schuster become the guy? He’s been essentially nonexistent in the offense … but I think he has a big catch in this one. I’ll take 80-119 passing yards for Mason Rudolph in the second half.

How many touchdown passes will Baker Mayfield throw?

The pick: one touchdown pass

If you have followed me closely all season, you might have noticed I’ve been banging on Baker Mayfield … he really has struggled. He’s second in the NFL in interceptions with 12! Okay – that’s even after adding Odell Beckham Jr. this season.

Now you face a savage Pittsburgh secondary … since they added Minkah Fitzpatrick in the trade with Miami, they’ve been lights out. With Fitzpatrick and Haden generating turnovers, I just don’t think Baker will have success in the air here. I’m going to go with one touchdown pass for Baker Mayfield against the Steelers.

The pick: Steelers by 6 or fewer

You know Cleveland has really struggled in the red zone this year … and if you have to settle for field goals, that’s just not a good way to beat a division rival. The coaching matchup heavily favors Mike Tomlin – Freddie Kitchens on a short week sounds like a disaster for the Browns.

I just love this stat folks: In the last nine meetings between these two teams, Cleveland has zero victories … just one tie, that’s it. Give me Pittsburgh winning this by six or fewer points.