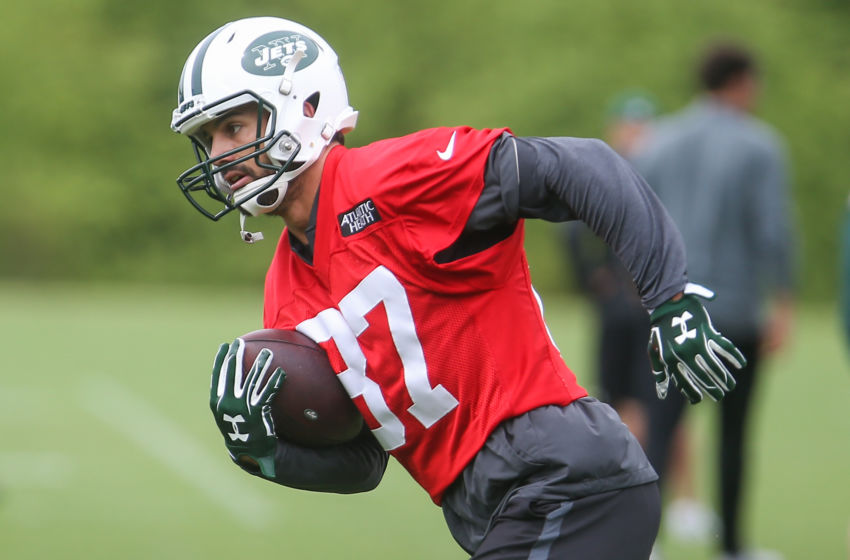 With the New York Jets parting ways with Eric Decker through a trade or release, here are five teams that should make the move to land the wideout.

Don’t look now, but it looks like the offseason of rebuilding the roster will continue for the New York Jets this week after the team announced their plans to part ways with wide receiver Eric Decker. Only time will tell when it comes to whether the move will come as a trade or release, but at least for the sake of Decker, there are plenty of teams who could use additional help at the wide receiver position.

The former Denver Broncos wideout originally signed with the Jets prior to the 2014 season on a five-year deal, and while he certainly benefitted from playing alongside Brandon Marshall the first two years, Decker was limited to three games last season due to shoulder and hip injuries. After New York made the decision to move on from Marshall earlier in the offseason, many wondered if the team would even consider keeping Decker around since the debate is out there when it comes to whether he’s capable of handling the responsibilities of a No. 1 wideout.

Even if that’s not the case, there are a handful of teams that would gladly welcome Decker on for the 2017 season when considering how much of an impact he made for the Jets from 2014-15 when he caught 154 passes for 1,989 yards to go along with 19 touchdowns. Assuming he can return to this elite level of playing, here are five teams that should strongly consider making the move for Decker once New York makes their decision on trading or releasing the wideout. 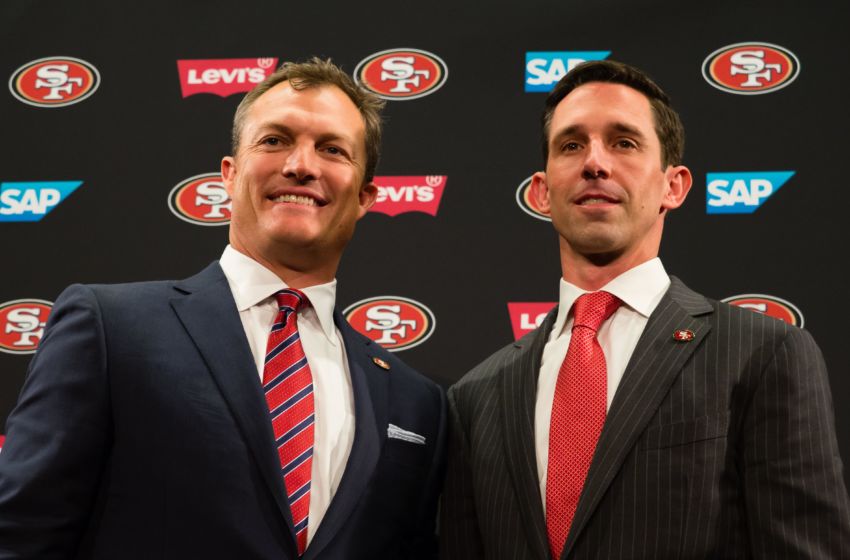 Don’t take the San Francisco 49ers lightly heading into the 2017 season after only winning two games all of last year (both against the Los Angeles Rams), as this team has been making plenty of big moves this offseason to get back on track. Not only did the 49ers land an offensive mastermind in Kyle Shanahan as their new head coach, but the addition of Pierre Garcon in free agency along with hopefully a healthy Carlos Hyde will provide the necessary boost to the offense.

Parting ways with Colin Kaepernick was certainly no easy decision, and after passing on a quarterback with one of their top draft picks, San Francisco hopes Brian Hoyer will at least provide the offense with the short-term answer they’ve been looking for. Even if the 49ers are Hoyer’s fifth team dating back to the 2012 season, his numbers over the last two years with the Houston Texans and Chicago Bears certainly weren’t terrible.

There’s no question Hoyer should benefit from playing with a speedy wideout like Garcon, but the addition of a reliable No. 2 wideout like Eric Decker would easily help the offense reach a whole new level, especially under Shanahan. And if that does happen, San Francisco could end up surprising a lot of teams in the NFC from a competitive standpoint. 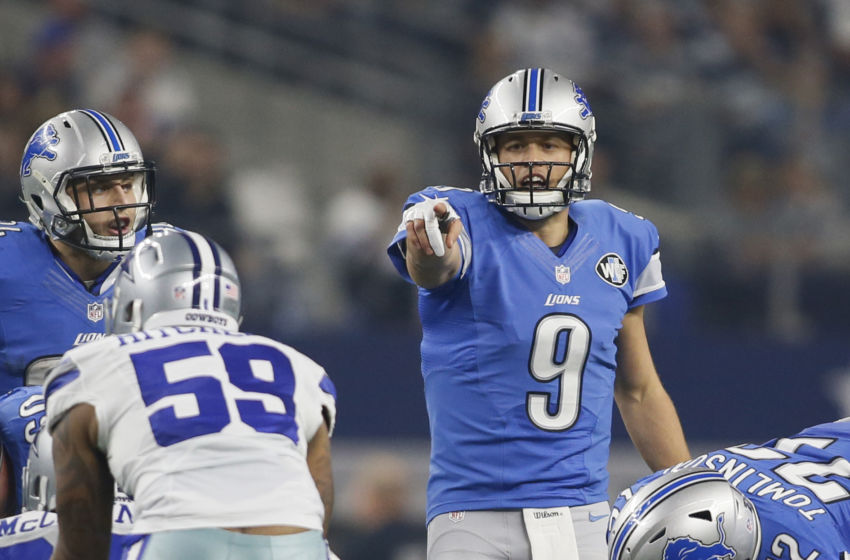 Watching the Detroit Lions throughout the 2016 season seemed crazy at times since they were always one of those teams that were never out until the clock read zero thanks to numerous fourth-quarter comebacks. Matthew Stafford has always proven to be one of the toughest quarterbacks in the NFL, and has a habit of making the players around him better.

However, one of the main issues with Stafford and the Lions is they play in the same division as one of the most high-powered offenses the NFL has to offer in the Green Bay Packers. The defense can look impressive as much as they want on a weekly basis, but the deciding factor on whether Detroit will make a playoff appearance for the second year in a row will come down to the offensive side of the football.

Stafford may already be in good shape with weapons like Golden Tate and Marvin Jones, but as shown throughout the 2016 season, consistency can be an issue at times. With another wideout like Eric Decker in the mix, this seems like a move that would benefit the entire receiving corps, and certainly help Stafford since he doesn’t have the strongest support in the ground game. 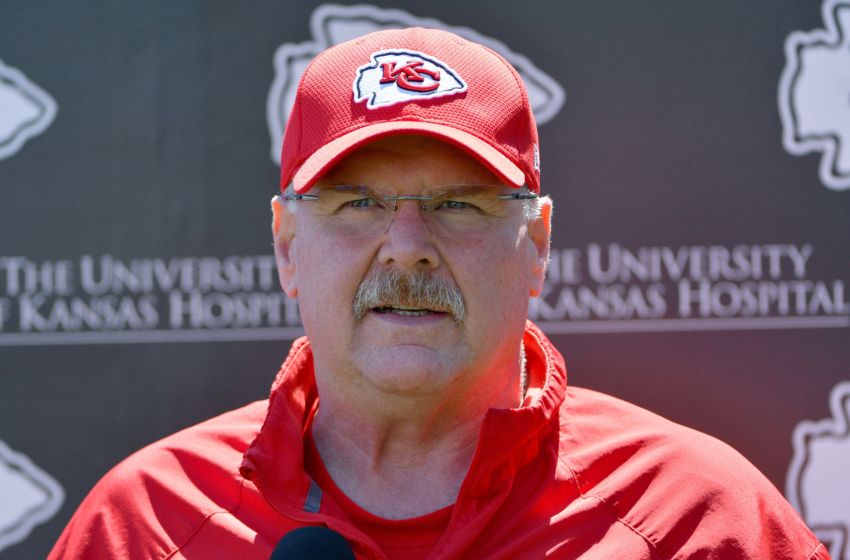 The ironic thing about the Kansas City Chiefs is even before the surprise release of Jeremy Maclin to save a little money, the team was still in need of extra help at the wide receiver position. Last year’s playoff performance against the Pittsburgh Steelers in the Divisional Round is the perfect example of how much the Chiefs struggled with consistency beyond Travis Kelce, and it wouldn’t be a surprise to see them at least consider the possibility of Eric Decker.

For a quarterback facing plenty of pressure following the recent selection of Patrick Mahomes II in this year’s NFL Draft, Alex Smith realizes he may be fighting for his job in Kansas City, and will need to convince the team he’s the right answer for the offense. Smith has always been praised for being one of the best game managers throughout his career, but when seeing how the AFC West is shaping out, he’s going to need to figure out a way to find more results on offense if the Chiefs plan on repeating as division champions.

Speaking of the AFC West, let’s not forget that Decker spent the first four years of his career as a member of the Denver Broncos, which means he’s quite familiar with the division. Plus, if Kansas City were to bring Decker on board, it would provide a little extra excitement towards the two meetings against Denver during the regular season. 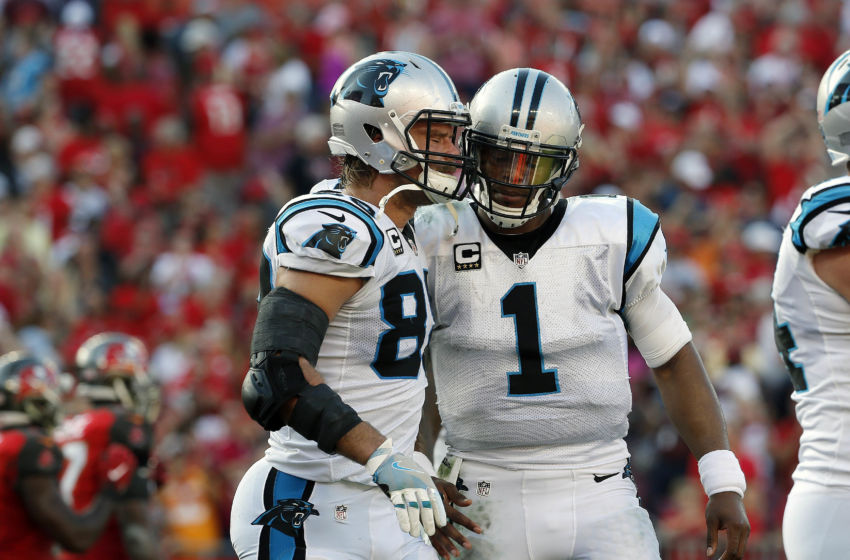 Of all the big surprises from the 2016 season, the argument can be made that nothing was more of a shocker than to see the Carolina Panthers finish at the bottom of the NFC South with a 6-10 record, just one year following an appearance in the Super Bowl. Whether the Panthers will bounce back to become contenders in the NFC will come down to the health status of Cam Newton, but at least the team was able to use this year’s draft to build around their former MVP quarterback.

As if using their first-round pick on arguably the biggest duel threat player from this year’s draft class in Christian McCaffrey wasn’t enough, Carolina used a second-round pick on former Ohio State standout Curtis Samuel as well. Take all of this into consideration with Kelvin Benjamin and Greg Olsen being the reliable targets Newton will count on for success, there’s plenty of reasons to be excited over what could be in store for the Panthers’ offense this upcoming season.

Then again, a quarterback like Newton can always use additional playmakers to work with, and an offense like Carolina seems like a perfect fit for a player who wouldn’t have to worry about being the top target. In other words, the presence of a healthy Eric Decker would just increase the odds of a bounce-back year for the Panthers even more in 2017. 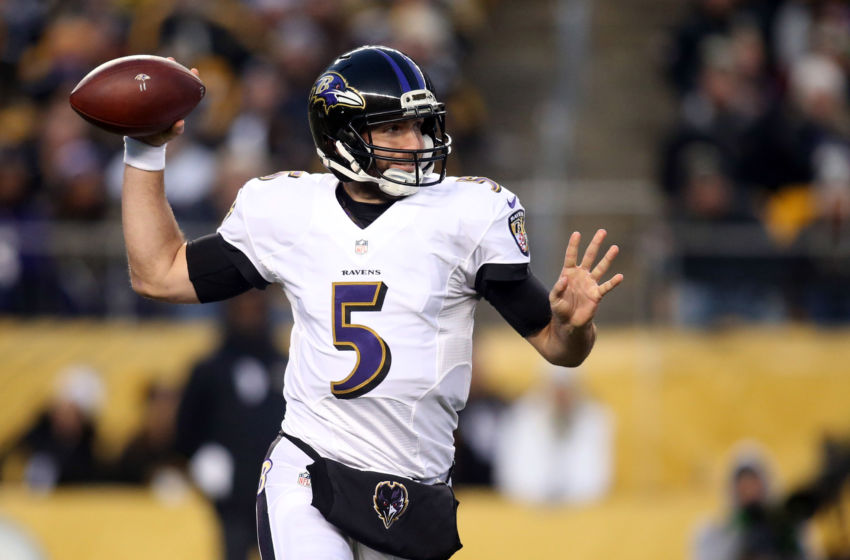 Losing a dangerous threat like Steve Smith at wide receiver was obviously going to be tough for the Baltimore Ravens to replace, and it was quite a shock to see them not make a stronger push to land a rookie wideout in the recent NFL Draft. As usual, the defense of the Ravens ranked near the top of the league once again, and was one of the main reasons why they were still in contention for the AFC North towards the final weeks of the regular season.

But if Baltimore is going to have any shot at competing for a playoff spot in the AFC, Joe Flacco is going to need some extra help with the offense since there’s only so much the veteran quarterback can do on his own without the proper help. The potential is certainly there for Flacco working with a duo in Breshad Perriman and Mike Wallace, but it doesn’t take a rocket scientist to figure out that may not be enough for the Ravens’ offense.

Next: NFL 2017: Ranking every offense worst to first

That’s where Eric Decker could come into play since the wideout would not only have the chance to make an immediate impact, but would have an opportunity to play for a Super Bowl contender, which is what just about every player truly wants. Seeing all the teams in desperate need of help in the wide receiver department, it’s easy to see why Baltimore ranks near the top of the list.