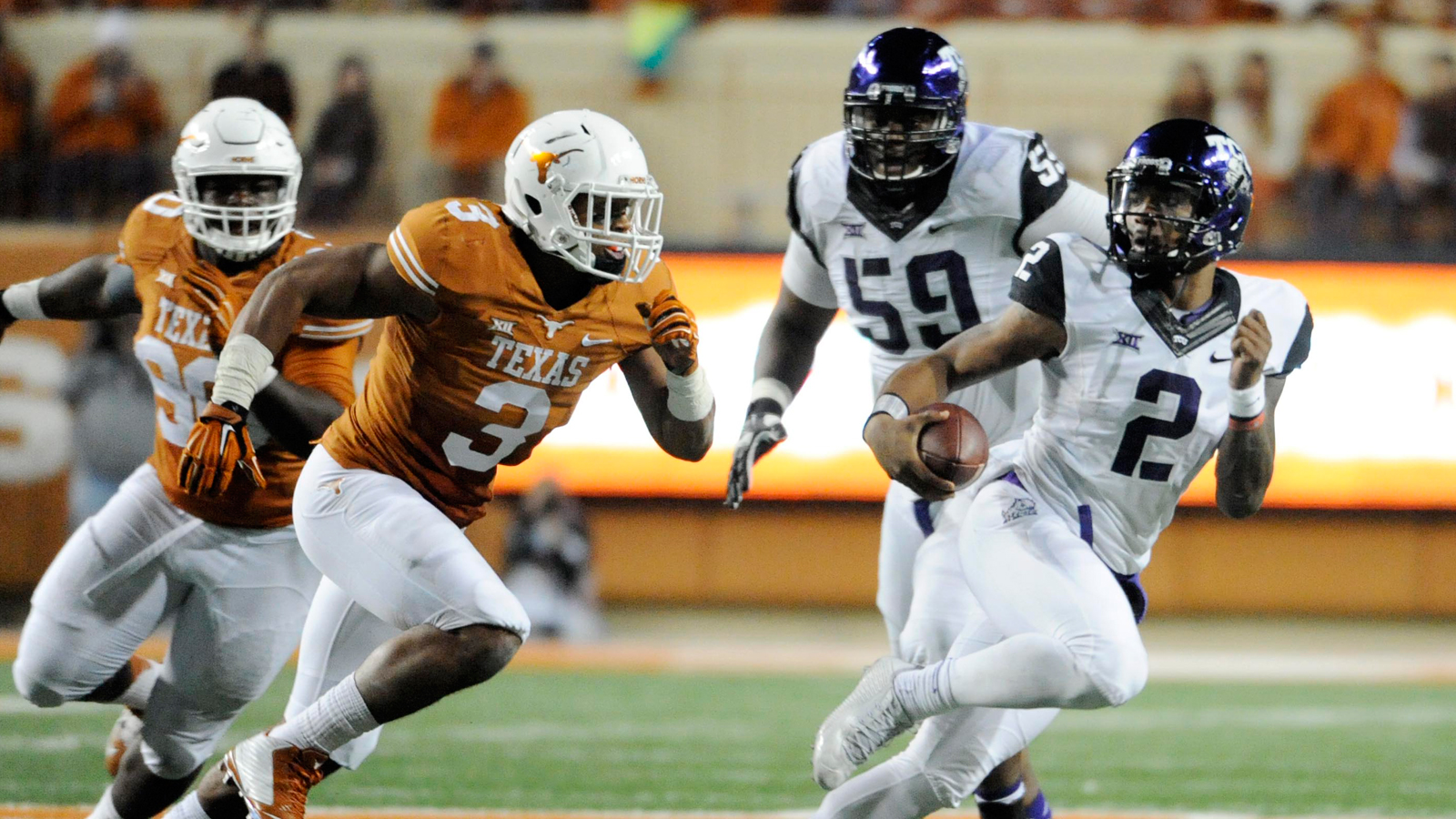 When the Philadelphia Eagles selected inside linebacker Jordan Hicks in the third round of the 2015 NFL Draft, they further created a logjam at the position for 2015. When they drafted Hicks, the Eagles already had three starting caliber linebackers on the inside in Mychal Kendricks, DeMeco Ryans and Kiko Alonso. However, it seems as if the Eagles’ brass has their eyes on beyond 2015 when it comes to Hicks.

The Eagles like what they have seen from Hicks so far during the rookie minicamp and OTAs. Eagles’ linebackers coach Rick Minter even compared him to the team’s leader at linebacker on the inside.

"I don’t want to curse him, but he’s kind of a young DeMeco-type," said Minter, per Philadelphia Magazine. "And maybe more so DeMeco in the intangibles than maybe just tangible. DeMeco was a second-round pick, very powerful, forceful linebacker. Jordan has a lot of athleticism. Athletically, I think he’s probably somewhere between Mychal [Kendricks] and D. Not as big and physical as D, maybe not as athletic as Mychal. Maybe somewhere in the middle.

"But as far as the leader, the smarts, the intelligence, the sense, football IQ, common sense about the game, he’s got it. He’s just one of those guys that’s got some of those ‘it’ factors. He’s just got a good feel."

If the Eagles’ roster remains the same heading into Week 1, and Kendricks is not traded, Hicks will likely make his impact on special teams in 2015. However, based on his work ethic and football IQ, the Eagles may feel comfortable turning to Hicks if the injuries catch up to them at inside linebacker like they did in 2014.