Marshall Manning is still getting used to the spotlight.

Peyton Manning no doubt enjoyed every second of beating the New England Patriots on Sunday and getting the Denver Broncos to the Super Bowl, but we’re going to assume Marshall Manning had just as much fun.

Peyton’s 4-year-old son was at the game to watch his dad win the AFC title game, and then afterwards he crashed the postgame scene.

Marshall waited on his dad to get dressed, spending his time by drawing stick figures on the locker room whiteboard, and then accompanied him to his postgame press conference. Marshall, dressed in his dad’s No. 18 Broncos jersey and donning the AFC championship hat, won the press conference without even saying a word. 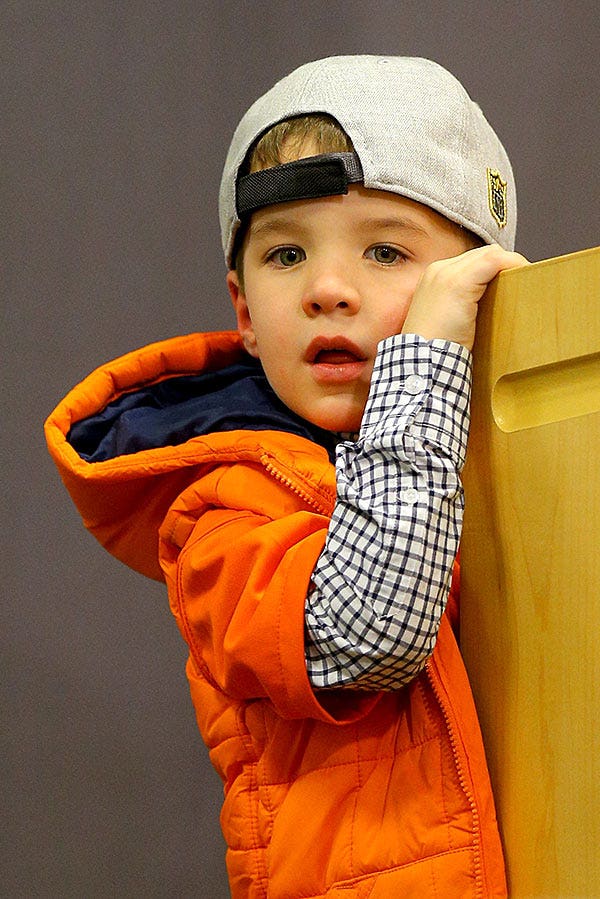 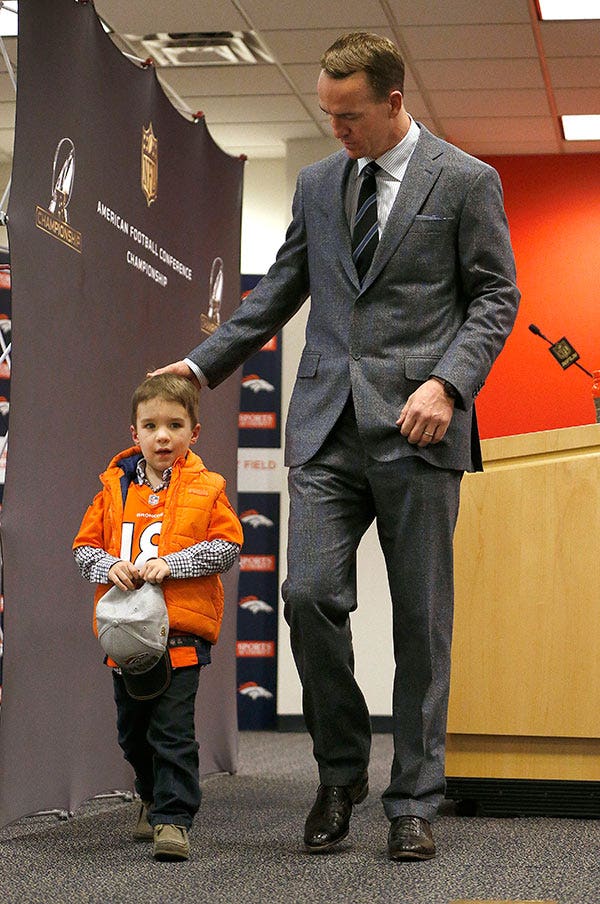