Longtime Cowboys quarterback Tony Romo got a unique send-off from Dallas fans on Tuesday night, when he suited up for the Mavericks and participated in pre-game festivities before riding the bench. He wasn’t expected to get into the game, but there was a sliver of hope that Mavericks owner Mark Cuban had a trick up his sleeve.

As it turns out, he did. It’s just that NBA commissioner Adam Silver shut down his plan to get Romo into the game. That’s what Cuban said afterward, at least.

The reason Romo couldn’t play Tuesday night is because his contract wouldn’t have been honored. At that point, there was nothing Cuban could do, considering how much work it would have been to make it happen.

Mavericks coach Rick Carlisle explained that notion a bit further before the game, laying out exactly what it would have taken to get Romo signed to a contract.

“Signing him and stuff like that, would have been too much for a lot of reasons,” he said. “No. 1, he’s a football athlete that’s not ready to play in an NBA game. That’s very risky. No. 2, to sign a guy with all of our requirements from a physical standpoint with the hours and hours of screening and all that kinds of other stuff, it just wasn’t worth going there. And that’s not really what this is about.”

All the Mavericks were trying to do was honor Romo and give fans a final way to cheer on their quarterback. Some called this a “minor league move” and believed it to be disrespectful to the rest of the NBA, but Cuban has a hard time believing there’s any merit to that argument.

“Anybody who thinks a layup line is disrespectful, hasn’t watched an NBA game,” Cuban said. “We’ve got people shooting half-court shots at every break, we’ve got kids for ball boys … We’re entertainment. And if they’re so self-important they can’t recognize that, it’s on them. Not me.”

It would have been fantastic to see Romo actually play in last night’s game. He probably wouldn’t have been able to compete or hold his own, but he does have a basketball background. You could see that in his pregame warmups, when he showcased his ballhandling and jump shot. 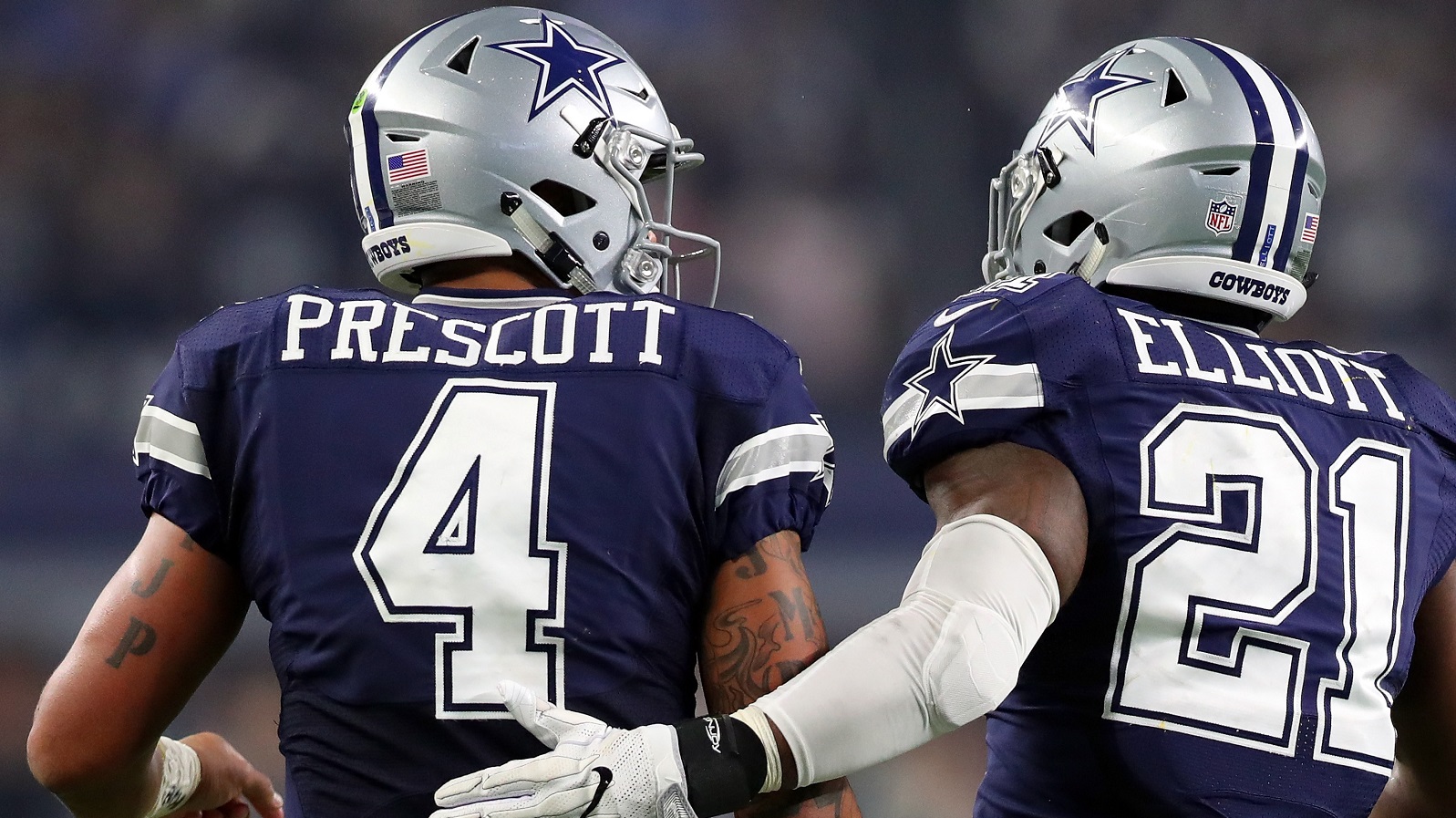 Gallery: Four Cowboys are among the NFL's top 10 in jersey sales