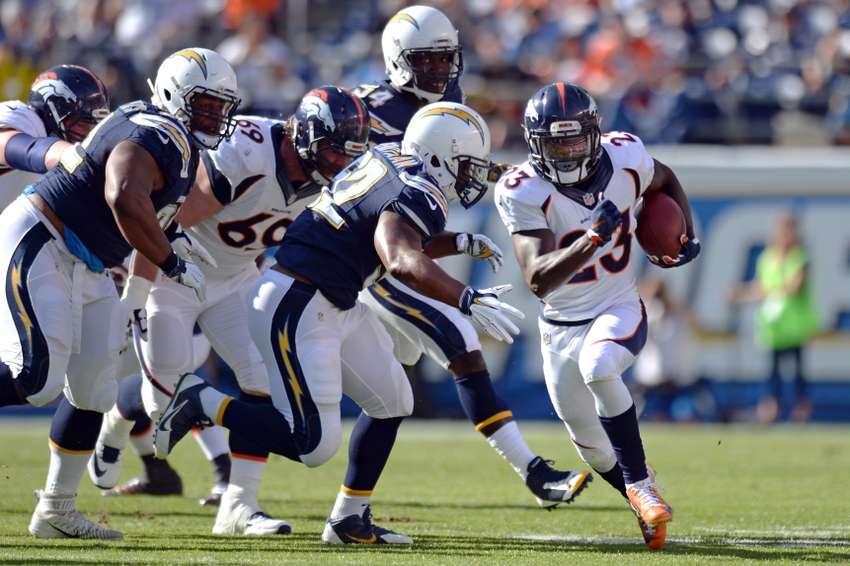 The San Diego Chargers added depth to their backfield by signing former Broncos and Vikings running back Ronnie Hillman.

Hillman, a former San Diego State Aztec, was released by the Vikings this week after playing in five games for them. The Chargers released WR Griff Whalen in a corresponding move.

Hillman has been in the league for five years (debuted in 2012), and crazy enough is still only 25 years old. In 2015, he actually led the Broncos in rushing attempts (207), rushing yards (863) and rushing touchdowns (seven). With C.J. Anderson coming on in the playoffs last season, and the addition of Devontae Booker in this year’s draft, Hillman became expendable.

The Chargers have been looking for an insurance policy behind Melvin Gordon all year long. Brandej Oliver was lost in the preseason, and Danny Woodhead tore his ACL in Week 2, ending his season. The Bolts did add Dexter McCluster to fill that role, but he also landed on injured reserve. Undrafted free agent Kenneth Farrow was the only backup on the roster.

Hillman is quick at 5-foot-10, 195 pounds. He can sneak between the tackles or beat you outside. He should be a nice change of pace for Gordon, and he will likely get more of an opportunity in San Diego compared to his brief time in Minnesota, where Jerick McKinnon and Matt Asiata split all the snaps.

In other news, WR Travis Benjamin practiced on Monday and should be back on the field this Sunday against the Texans.