Brett Favre hasn’t played in the NFL since 2010, but the Hall of Fame quarterback could make a comeback at age 47. At least that’s what Favre thinks, and Atlanta Falcons cornerback Robert Alford agrees after watching him throw bullet passes this week.

Favre stopped by Traction Sports Performance in Baton Rouge, La., where Alford was training, stepped onto the field in his street clothes and fired darts to receivers. He missed a couple, but hey, who expects him to be perfect?

Had the G.O.A.T. Brett Favre out throwing today. I asked him to come out retirement to throw a pick to me. J/P cool guy… #TAT pic.twitter.com/FljsvBSIXh

Alford told TMZ Favre didn’t even warm up and thinks he still could play if he had a good offensive line that allowed him to sit back and sling. Alford also asked Favre, the career leader in interceptions (336), to come out of retirement and throw him a pick, but he’d better be careful — Alford had a pick-six of Tom Brady in the Super Bowl, and that didn’t end so well for the Falcons.

Favre told TMZ he still could play in the NFL — “If they promise they won’t hit me.” He said he’s concerned enough about the effects of concussions that he’s investing in a couple of companies, Prevacus and Brock USA, that are in the business of treating and preventing brain injuries, and would “strongly discourage” his grandsons from playing football.

“Yeah, you may make a good salary … but what happens in the end if you have enough concussions? It may be a tragic end,” Favre said. 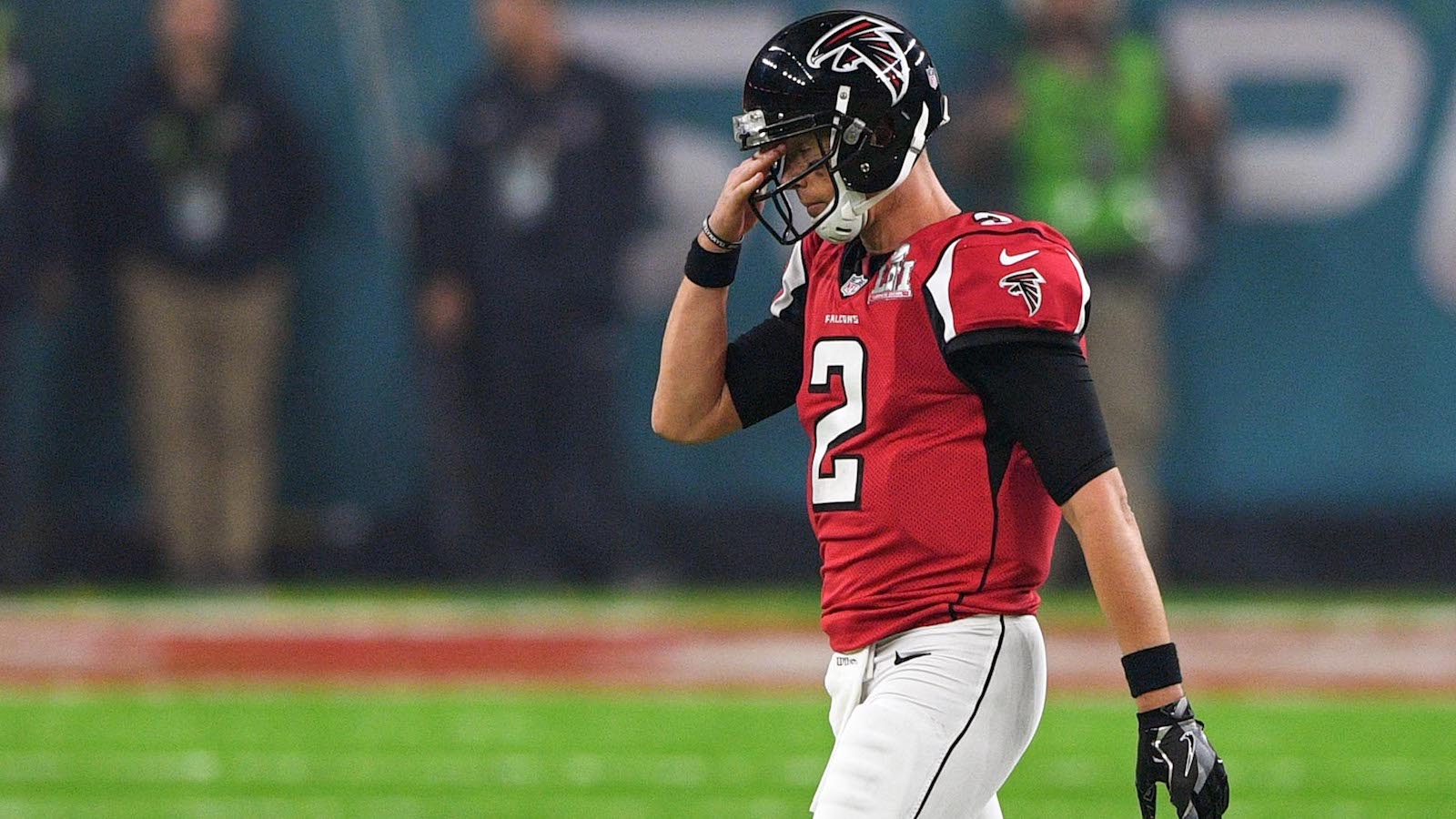 Gallery: 5 moves the Falcons need to make to get back to the Super Bowl next season