We’re back with another edition of Mail-it-in Friday, but this isn’t just some ordinary mailbag. This is our SUPER BOWL ACTION SPECTACULAR. We’ve got reader participation! Music! Laughs! The whole nine yards! So, there’s no time to waste.

Remember, if you want your thoughts featured here, fire off an email to foxsportsnfl@gmail.com or tweet us using #FoxMailbag. Or, you can just tweet me @RealSidSaraf. OK, let’s get to work!

Have you heard of John Stevens Jr.?  He’s only the guy behind the famous "Peyton, Peyton, Peyton" song from last year. Well, this cheerful man is back with another Super Bowl-themed ditty. This one is called "Deflated Balls." (Note to John Stevens Jr. fans: Please stop sending me emails.)

And of course, since we’re an equal-opportunity mailbag, I’ve got a sampling for the Seahawks fans out there, turning back the clock to 1985, when it seems NFL teams regularly made music videos. This one is called "Locker Room Rock" and features several Seahawks players. Get ready for some seriously dated 1980s dance moves:

By the way, did you notice Mike Tice in the video? I’ll bet serious money that he cringes with embarrassment whenever he even thinks of this.

Eating brings me great joy, and Super Bowl Sunday is a glutton’s paradise. From the beer to the mixed drinks to the champagne after your team wins to . . . actually, it seems I enjoy drinking more. But, whatever. I asked you what you’re serving during the big game, and you didn’t disappoint.

At @NFL345, no one will be eating pizza, I can tell you that much. MT @RealSidSaraf: What food/drink will you serve on Super Bowl Sunday?

That’s right, Mr. Commish (not the real Commish). Everyone knows that your underlings are afraid to eat until you reach for the food first. That’s the sign of a true baller.

By the way, here’s something I feel we should do away with. Nothing irritates me more than being at a restaurant with a group of people and having to wait for the ONE person whose food hasn’t arrived before I can start eating. Yes, I know it’s proper etiquette, but etiquette is stupid. Hey, moron . . . if you hadn’t ordered that complicated fish dish with the shallots only slighty browned, I’d be halfway though my ribeye — which is now getting cold.

Screw that. I say people should be allowed to eat when their food arrives. And if necessary, taunt the person who doesn’t have a plate in front of them. Like this:

See this? Wish you could be doing that right about now, huh? I hope your stomach is growling.

Well, I’m going to be at the office all day and night on Sunday, and my fellow editors and I are trying to guilt-trip our boss into buying us pizza. A few pizzas.

I imagine we’ll go with a couple thin-crust options, maybe a deep dish or two. We’ll mess around with some sausage (uh-huh-huh, "sausage"), maybe some pepperoni. I also think I want a veggie pizza.

You need to have a healthy alternative.

Seahawks running back Marshawn Lynch has had an eventful week in front of Super Bowl reporters. I asked what you thought of his Media Day performance and you brought the heat.

@RealSidSaraf @NFLonFOX why doesn't the media give him the George Clooney treatment..just ignore him and refuse to interview him…

Wait, what? Does the media ignore George Clooney? Why? What has he done wrong other than have a great career and marry a wonderful woman who is his superior in almost every way?

@RealSidSaraf @NFLonFOX that thug should be fined for being an ass! The fans pay his sorry rear end. He owes them!

I contend that the majority of fans owe him for giving them endless hours of entertainment for free. Sitting in front of a TV costs nothing.

The only people who can possibly complain are the ones who pay for tickets to games. And even then . . .

Have you heard the type of questions NFL players are typically asked? Sure, there are the occasional insightful queries, but 95 percent of the time, this is the crap flung at them:

"Marshawn, what was going through your mind when you scored the winning touchdown?"

What in God’s name is he supposed to say?

"That’s interesting you ask that . . . because right when I crossed the goal line, it suddenly occurred to me that I don’t have fiduciary responsibility of my 401K! What’s more, I think I can afford to a pay a little more than the minimum payment on my American Express card this month! I better make a note so I don’t forget to handle that when I get home . . ."

Media sucks. My business disgusts me.

@RealSidSaraf @NFLonFOX I'm still laughing and, why not. A hundred players love to talk. Let him play football. #FoxMailbag

Exactly! Listen, I understand that 70 or 80 years ago, the NFL was a fledging league that was still far behind Major League Baseball in the national landscape. TV was also still in its infancy, and the Internet was still decades away from being born.

Every professional sports league was fighting for precious column inches in the newspaper, so the NFL had no choice. It needed players and coaches to make themselves as available to the media as possible because the league was trying to grow the product.

Let’s fast-forward to the present day. TV networks are giving warehouses of money to the NFL just to broadcast games. Internet and newspaper coverage is wall-to-wall. There really isn’t a need to require EVERYONE to speak to the media.

If Marshawn Lynch won’t speak, trust me, there are dozens of others willing to pick up the slack. After all, they have their own personal brands to build. Richard Sherman, Russell Wilson . . . even Pete Carroll would talk to the media without it being required. Tom Brady has his Uggs to sell. Gronk loves getting on camera.

We need to get out of the 1940s. Times have definitely changed.

@RealSidSaraf @NFLonFOX I laughed so I won't get fined. #FoxMailbag

Thank you, monkey. As always, you are a delight.

Suzette, if more people acted the way you did, the world would be a better place. Remember, people: If you see something on TV or hear something on the radio that makes you mad, you can always flip to something else.

All right, enough of this nonsense. Moving on!

OK, let’s turkey. I want your big-game thoughts and I want them now!

Mona Lisa Brady, eh? I wonder what that would look like. If I had to guess, it would probably be something like this: 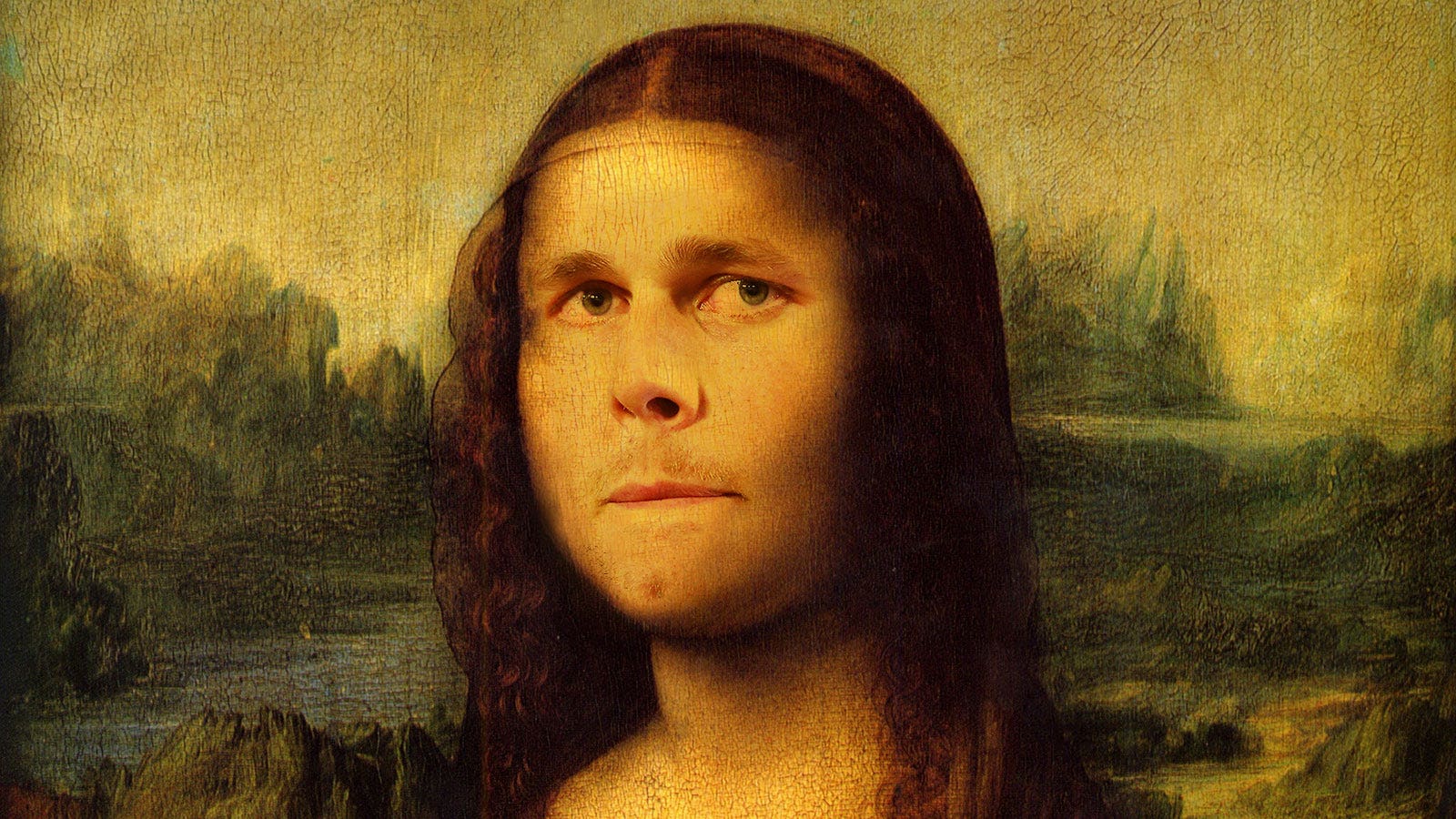 Now, that’s the kind of girl you want to take home and meet your family. Not creepy at all.

@RealSidSaraf @NFLonFOX between Sneaky Pete and the NE Cheats.. hard to say..

I’ve never seen a Super Bowl where so many people have a rooting interest against BOTH teams. And quite frankly, it’s not that surprising because the the feelings of rancor toward the Patriots have been well-documented over the years.

Richard Sherman’s mouth is probably irritating to anyone outside the state of Washington. Let’s not forget Pete Carroll. Though he’s an enthusiastic guy and really knows football, I can see how this can rankle people:

And as much as I love the 12th Man — sue me, I find them a warm and friendly people who love their team — if I were a part of any other fanbase, my eyes would get stuck in the back of my skull from rolling them so hard.

So, I can totally understand why you would nickname this game the "Hater Bowl." Don’t blame anyone in the slightest. Personally, I married a Seahawks fan, so … I wouldn’t hate it if the Seahawks won. Just for my own safety. Sorry, guys.

@RealSidSaraf @NFLonFOX I am excited for the possibility of passing of the torch, both old QB star to new QB star and one dynasty 2 the next

You know, my first instinct was to laugh off your statement, but there might be something there.

Now, let me clarify: I’m not comparing Russell Wilson to Tom Brady. That would be asinine and not even worthy of a Hot Take.

However, there are certain similarities here. If you remember back to the Patriots’ first two championships, those were teams that did it with a strong defense and powerful running game. Tom played well, for sure, but he was still more a game manager at that point. He didn’t turn into the Tom Brady of the present until a few years afterward.

You could say the same thing about Wilson now. While he’s had flashes of brilliance, the Seahawks are still built around their defense and the silent Marshawn Lynch. In that sense, they’re somewhat similar.

That being said, I’m taking the Patriots to win this game. So, let’s hold the phone with the whole "passing of the torch" thing.

Enough times for me to do this:

Honestly, I hope the Patriots win for their sake. Can you imagine if they lose convincingly on Sunday? Prepare for days and days and days of scorching hot takes saying, "the Patriots can’t win without cheating!" And also, "this just proves it!"

That’s not how this team deserves to go out. If it loses on Sunday, it will have nothing to do with air in balls. It will be because the Seahawks pounded the Patriots into the ground. Case closed.

@RealSidSaraf If Brady wins his fourth ring does that pull him equal to Peyton Manning as the potential G.O.A.T? #FoxMailbag

But if you are, here goes: Tom Brady and Peyton Manning are the NFL’s version of Larry Bird and Magic Johnson.

Both are unbelievable competitors, have amassed considerable individual awards and have led their teams to multiple Super Bowl appearances. However, here is where they start to drift apart.

Sorry, rings are rings, and right now Tom is on the verge of winning his fourth while Peyton is stuck on one. And even though Manning has three more NFL MVP awards, quarterbacks, for whatever reason, are judged by championships.

So, to answer your question, I don’t think Brady winning this Super Bowl pulls him equal to Manning. Because at a minimum, both players are equal . . . or Tom is slightly ahead of him.

@RealSidSaraf @NFLonFOX I hope the Seahawks go back to back but I believe the Patriots will win this one. I hope I'm wrong. More experienced

See? That’s a smart fan right there. She’s using her head and not her heart. That’s how it’s done. I hope you get your wish, Maria.

@RealSidSaraf @NFLonFOX Depends.,,,. I'd go with the Pats If cheating is allowed . The Seahawks win straight up game.

And as far as as this Nunzio’s comment . . . it’s amazing. The Patriots have such a bad reputation that people just brush off the Seahawks and their whole "Adderall" problem. Amazing.

Alrighty! I think we’ve had enough. Enjoy the Super Bowl, everyone! We’ll be back next week to get all your thoughts on the big game.