Wonder which parts of the nation are cheering for whom?

Well, you’re in luck. Facebook released its latest round of NFL fan matchups graphs this week, showing how the country breaks down in terms of Facebook likes.

The maps below reveal which counties support the respective four playoff teams broken down by each matchup. Counties that remain gray have too few fans of either team participating to assign one way or the other. 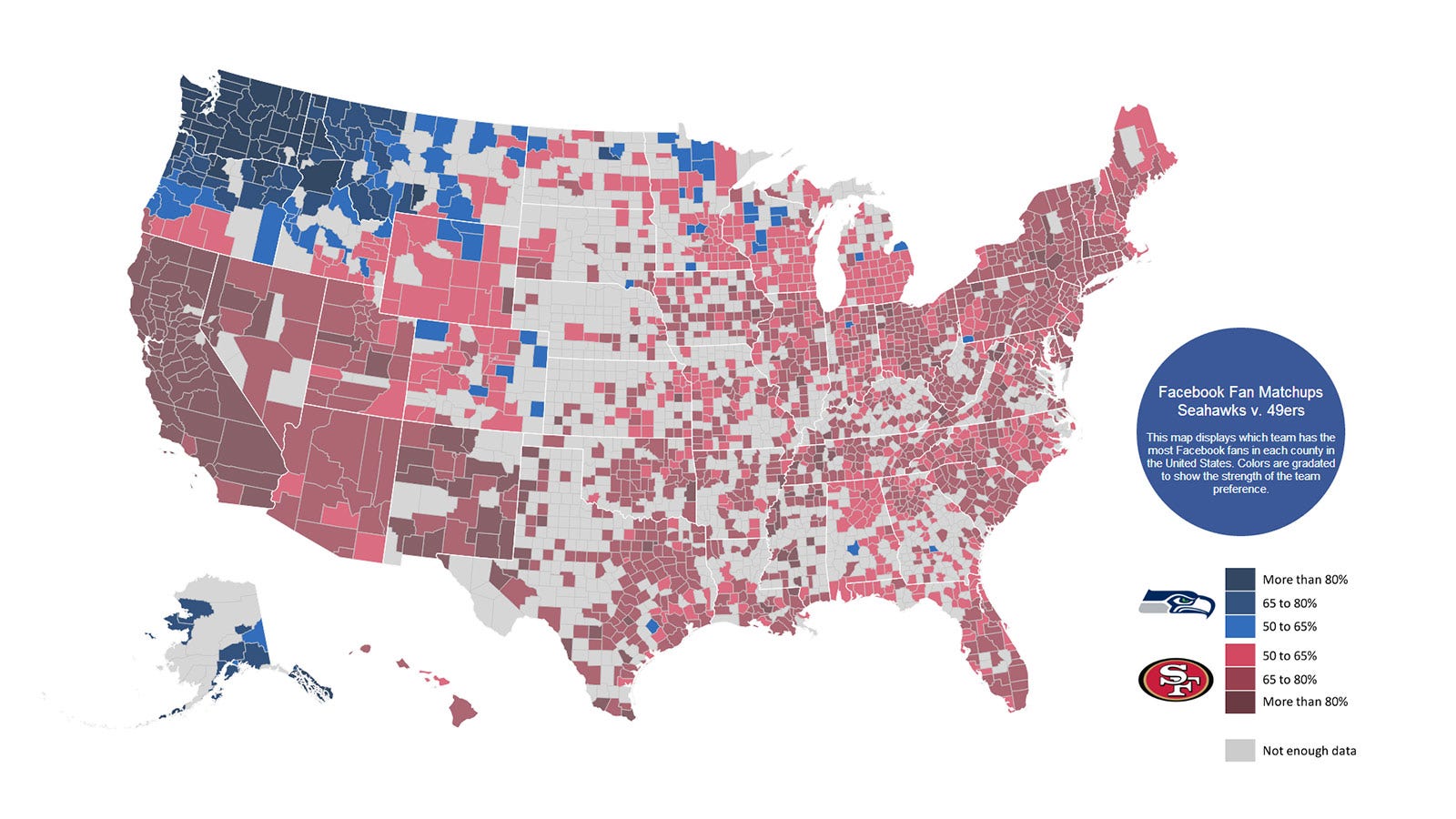 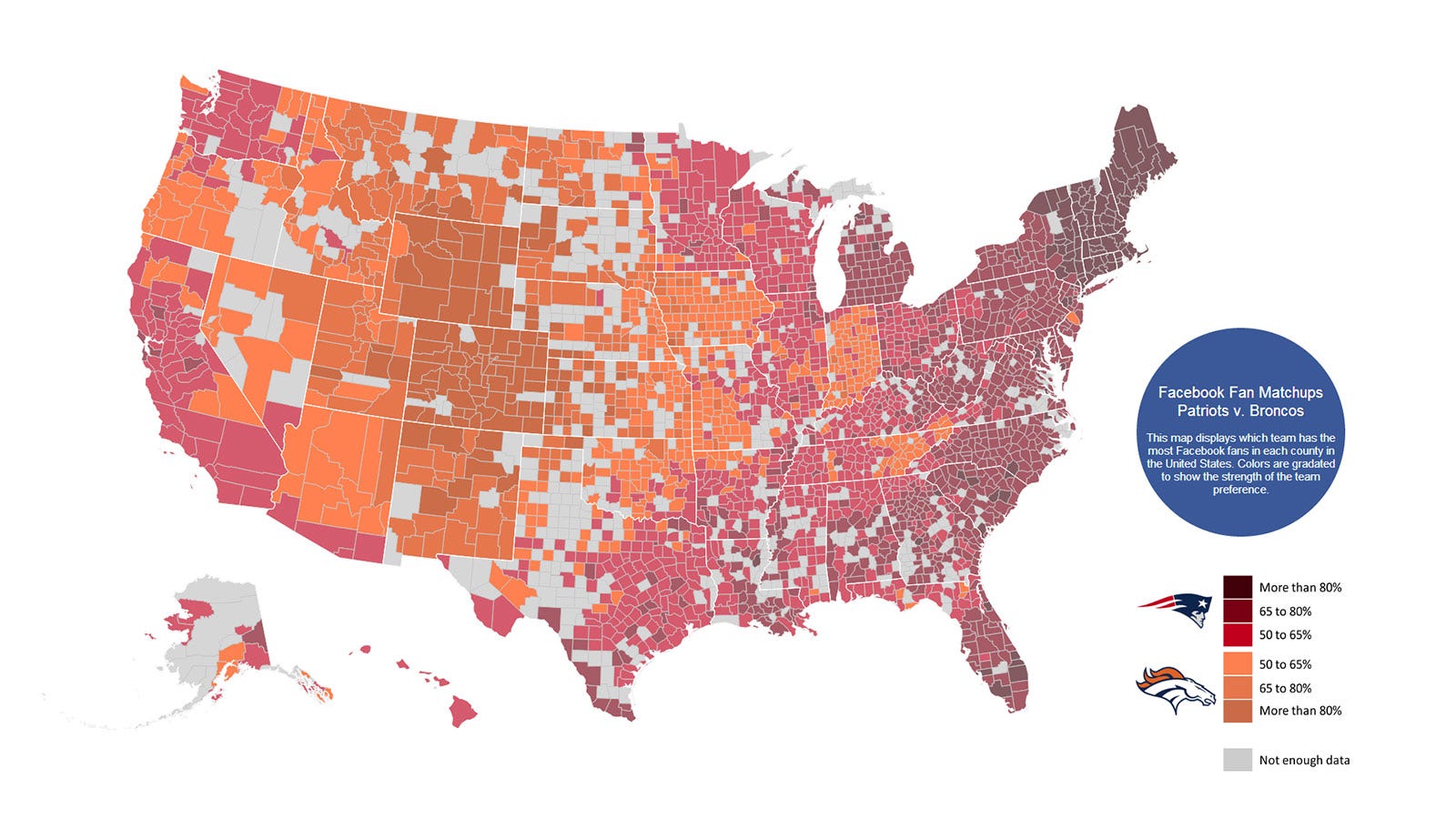