Mail-it-in Friday: Which NFL head coach has the best name?

Aren’t you pumped? In a matter of days, we’ll know who will play in Super Bowl XLIX. This is it! This is why we lift all them weights! One piece of good news: I didn’t get bombed with tweets and messages from people irate over that Dez Bryant play last weekend, so we’re free to get your predictions about this Sunday’s games.

Remember, if you want your thoughts featured here, just fire off an email to foxsportsnfl@gmail.com or tweet us using #FoxMailbag. You can also tweet me @RealSidSaraf.

The 49ers promoted Jim Tomsula to head coach on Wednesday, which settled a debate that’s been raging in the FOXSports.com offices over the past few weeks. I felt Tomsula — despite his considerable experience within the organization as defensive line coach — would never get the head job in the Bay.

Why? Because Tomsula isn’t an appropriate name for an NFL head coach. "Tomsula" is the name of a shady building contractor who does shoddy work and then screws you on the price. Check him out: 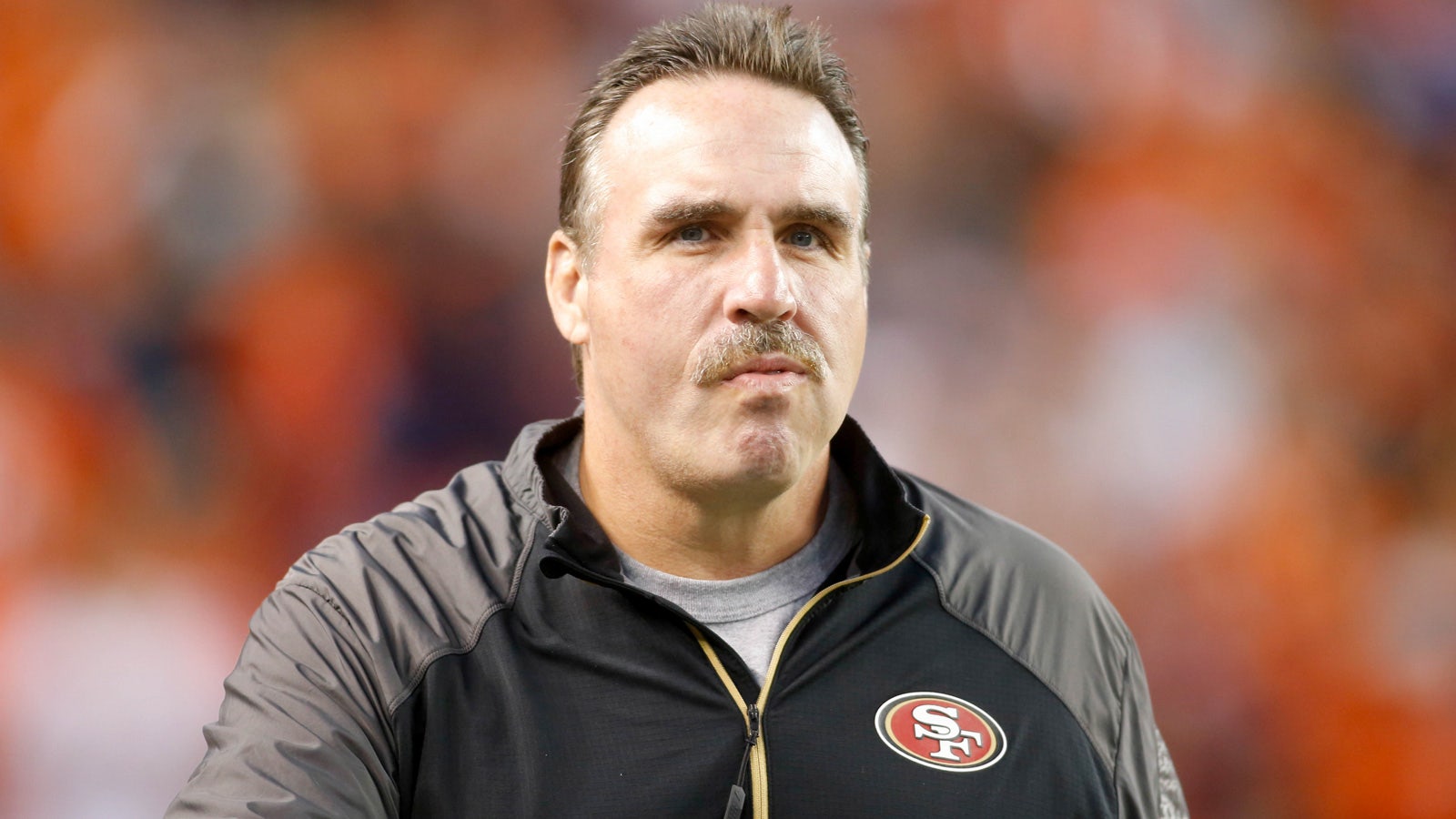 See? What’s more, the Niners had two in-house options with names that scream head coach: Vic Fangio and Greg Roman. Both names project power. Command respect. I’m listening to a Fangio or Roman before I follow anything a Tomsula says. Anyway, that discussion sparked further debate and led to this following list. So, without further ado, I present:

10. Lovie Smith — "Lovie" doesn’t exactly strike fear, but it reminds one of Gilligan’s Island. So …. there’s that.

9. Todd Bowles — Oh, yeah, he’s gonna knock those pins down. Would also be a great name for the college level.

8. Jay Gruden — Lemme tell you something about this guy, Jay Gruden … this guy …. this guy can coach!

7. Mike Zimmer — Three syllables of defensive excellence. Any first and last name that starts with ‘z’ gets extra points.

4. John Harbaugh — When a Harbaugh walks into a room, you better drop and give him 20.

2. Rex Ryan — Say what you want about his coaching resume, his name is top notch. Double R = awesome.

RANT OVER, ON TO PLAYOFF TALK

I asked for your thoughts and predictions for Championship Sunday and you brought the heat this week.

I constantly marvel at your ability to get those costumes on those kitties. I have a cat and just getting a collar on her requires a trip to the emergency room because she’ll open a vein on your wrist in the blink of an eye.

And how did you get her (or him) to stand on those Skittles? Are all cats other than mine well-behaved and obedient? Why am I cursed?

OK, I was determined to avoid turning this mailbag into a whine-fest like last week’s Lions disaster, but Logan made a legitimate funny. So …

I’ll allow this one. Let’s take another look at that Dez Bryant play:

@RealSidSaraf @NFLonFOX all 4 teams lose due to the receivers not making a football move to score any points. #FoxMailbag

When that happened on Sunday, I jumped out of my seat and immediately went into Hot Sports Take Mode, declaring this to be the greatest catch I had ever seen.

Then, I almost came to blows with fellow NFL editor Ross Jones because he immediately — and correctly — said the ball hit the ground. He’s right, but I still feel that play was so impressive that the referees should have allowed it to stand.

I should never be allowed to be a ref.

It’s true. A Patriot-Seahawks Super Bowl would have the highest amount of sizzle out all the potential matchups that could come out of this Sunday. Only a game involving the Cowboys (sorry, they’re good for business) would bring more buzz.

I’m amped just to hear the reaction from Patriots fans. If you remember, the organization ran Pete Carroll out of town way back when and then brought in Bill Belichick. Patriots fans were holding the pitchforks and almost unilterally declared Pete to be bum.

@RealSidSaraf: Pats vs 'Hawks. Tom vs Russell. Belichick vs Carroll. What a match up. #Seahawks repeat. #FoxMailbag

Now, he’s back and with a Super Bowl win under his belt. And you know, Patriots fans STILL think Carroll sucks because most Patriots fans are like that. Anyone who isn’t from Boston sucks and anyone who used to be in Boston and then left sucks even more.

What if the Seahawks beat New England? Would that make Johnny Patriots Fan with the Scott Zolak jersey doubt everything he knows?

Robert, I’d have to agree with you. If the Colts actually get past the Patriots, there’s no way I’m doubting them in the big game. They’ve already surpassed my meager expectations for them.

I watched the gakk every game against a quality opponent during the regular season and I figured there were a lock to trip and fall against the Bengals on wild-card weekend.

@RealSidSaraf #FoxMailbag Seattles makes it, If Luck beats Brady then he wins the Super Bowl. Beat them last year with "best D" no home adv

I suck at predicting winners.

Willy is a big Patriots fan and he’s taking the Seahawks in the Super Bowl. I see what you’re doing here. You’re trying to pull a reverse jinx … and you know what? I won’t allow it.

@RealSidSaraf @NFLonFOX It will be the Patriots ag- the Seahawks in the Superbowl but I dont see anyone beating Seattle unfortunately.

Who let the Panthers fan in there? The reason the flag was picked up was because Cam and Co. didn’t belong in the playoffs. I believe there was a conspiracy and quite frankly, I applaud the NFL for it.

Nobody wants to see a team that finished 7-8-1 in the regular season anywhere a Super Bowl berth.

How the flag was picked up for the unessacary roughness call after Cam slid blows my mind. #FoxMailbag

Sigh, and now a Steelers fan has pushed his way into our fun. Typical. Don’t worry, you still have the Penguins. And since you’re free now, can you pick up a sandwich from Primanti’s — that’s a Pittsburgh thing, right? — for me?

Sigh, let’s wrap this mailbag up.

That’s my other fellow enemy NFL editor James Parziale. And he knows the truth. If people would just listen to me, there would be way less coach turnover in the NFL. It’s not about X’s and O’s. It’s about having a strong name.

Well, you’ve clearly stumbled upon some old pictures of me floating around the Internet. I was young! I needed the work!

@RealSidSaraf I think you are a hack writer with 3 chins and c cups. Keep it above the belt, your writing and your gut, bitchtits.

@RealSidSaraf you amazing human being. The UNC troll made my day!! You've got a new fan!