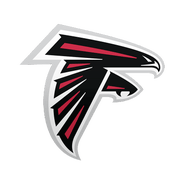 Jones reeled in seven of 13 targets for 78 receiving yards during Sunday's 28-22 overtime win against Tampa Bay.

Jones saw a steady increase to his already abundant usage rate with Calvin Ridley (abdomen) being forced to sit out Atlanta's final three regular-season outings of 2019, averaging an eye-popping 16 targets per game between Weeks 15 and 17 after managing 9.1 targets per game over his first 12 appearances. The 30-year-old wideout has been ridiculously productive since enduring an injury-plagued 2013 campaign, as he has amassed 103.8 receptions and 1,565 receiving yards per year en route to six consecutive Pro-Bowl nods between 2014 and 2019. Jones stands as the top wideout within Atlanta's ultra-talented collection of skill-position players, and his target share is expected to remain that of a No. 1 receiver in 2020, especially if former Pro Bowl tight end Austin Hooper moves on to a new team as result of his contract expiring.