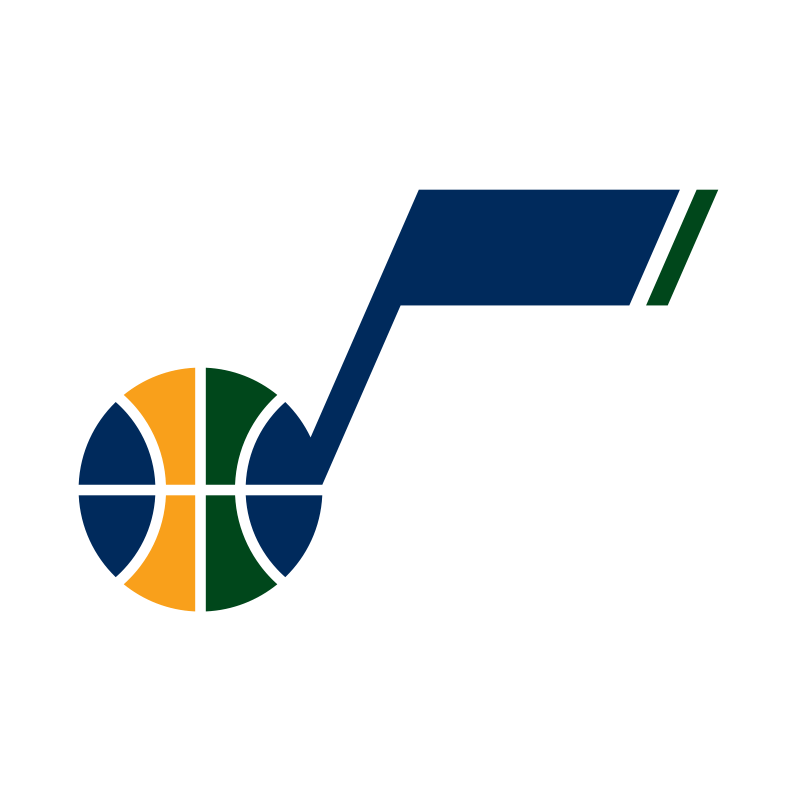 Rudy Gobert UTA
Rotowire: Aug 05, 10:32p ET
News: Gobert recorded 21 points (5-9 FG, 11-12 FT), 16 rebounds, three blocks, two steals and one assist in 36 minutes during Wednesday's 124-115 win over the Grizzlies.
Impact: Gobert was dominant against the Grizzlies, who are without Jaren Jackson (knee) for the remainder of the year. In the process, Gobert recorded his 13th 20-and-10 game of the season and his 22nd effort with at least three blocks.

Rudy Gobert UTA
Rotowire: Aug 04, 11:33a ET
News: Gobert went for 16 points (6-6 FG, 4-5 FT), 13 rebounds, two assists and a block in 34 minutes during Monday's 116-108 loss to the Lakers.
Impact: Gobert has two double-doubles in three games since the restart, although his performance in this game must be highlighted since he had to deal with Anthony Davis on both ends of the floor. Gobert has averaged 13.3 points and 10.7 rebounds per game while making 76.2 percent of his field-goal attempts since the restart.

Rudy Gobert UTA
Rotowire: Aug 01, 6:31p ET
News: Gobert posted 10 points (5-6 FG, 0-2 FT), seven rebounds, two steals and two blocks in 28 minutes during Saturday's 110-94 loss to the Thunder.
Impact: Gobert was still able to rack up some defensive stats, but he was only able to get off six shots, and he was very much held in check on the glass. The performance marked only the 12th time this season Gobert has been limited to single-digit rebounds.

Rudy Gobert UTA
Rotowire: Jul 31, 2:06a ET
News: Gobert scored 14 points (5-9 FG, 4-5 FT) while adding 12 rebounds and three blocks in 34 minutes during Thursday's 106-104 win over the Pelicans.
Impact: The Utah backcourt carried the offensive load in the victory, as three different guards scored at least 20 points, but Gobert did his part by cleaning up their misses. He only had two double-doubles in the last nine contests prior to play being suspended, but with playoff seeding on the line for the Jazz, expect him to be at the top of his game.

Rudy Gobert UTA
Rotowire: Jul 27, 8:12p ET
News: Gobert generated 20 points (6-8 FG, 8-10 FT), seven rebounds and a block in 22 minutes during Monday's 112-107 scrimmage win over the Nets.
Impact: After a subpar showing in the first scrimmage against the Suns, Gobert tallied a combined 41 points in the next two. Gobert has made it clear he'd like to be a bit more involved offensively, and his teammates seem to be doing their best to appease him. As such, he could be in line for a small boost going forward, at least from a scoring perspective. That said, Gobert's free-throw shooting is typically a weakness, so expecting similar results from the charity stripe may be a recipe for disappointment.

Rudy Gobert UTA
Rotowire: Jul 25, 8:44p ET
News: Gobert scored a team-high 21 points (8-9 FG, 5-6 FT) while adding eight rebounds and two blocks in 24 minutes off the bench during Saturday's scrimmage against the Heat.
Impact: The Jazz ended up winning the scrimmage 101-99, and Gobert's performance against an undermanned Miami frontcourt that was missing Bam Adebayo was a big factor in the result. The 28-year-old center has a lot of fence-mending to do with his teammates and chamistry in the Jazz locker room could be a major story once play resumes, but there's no questioning what a motivated Gobert can do on the court and on the glass.
Quick Links
Utah Jazz Player News: All Players
Utah Jazz Player News: Forward