Zion’s star is so bright, it almost overshadowed the star that is Luka Doncic – almost.

For just one night, the NBA took a break from Zion Mania.

Luka Legend reminded the world that he’s still next in line.

Luka Doncic (that’s his real name) led the Dallas Mavericks to a 127-123 overtime victory over Zion Williamson and the New Orleans Pelicans on Wednesday night.

And boy, was it must-see entertainment.

Everyone has been swept up in the phenom that is Zion, and rightfully so.

But we also see you, LL (we went back to Luka Legend)!

With those numbers, Doncic racked up his 14th triple-double of the season.

It also equalled the 22nd triple-double of his career…in 122 career games.

Kidd played 500 games as a Maverick.

To seal the deal, Doncic nailed the go-ahead 3-pointer with 1:09 left in overtime.

Luka Doncic in a league of his own closing out the Pelicans pic.twitter.com/ZXHhQhBKIx

He is so good.

It’s actually a testament to Zion that he has been overshadowing another young player that is this legit.

.@ShannonSharpe on whether he'd rather build around Zion or Luka:

"Runaway Train Luka Doncic just left the NBA station! He can do everything better than Zion Williamson… Guys are gonna follow him like Magic and LeBron…he's cut from that cloth." pic.twitter.com/ENrxaHssSp

Luka is only 21 but already displaying the maturity and stats of a seasoned superstar. 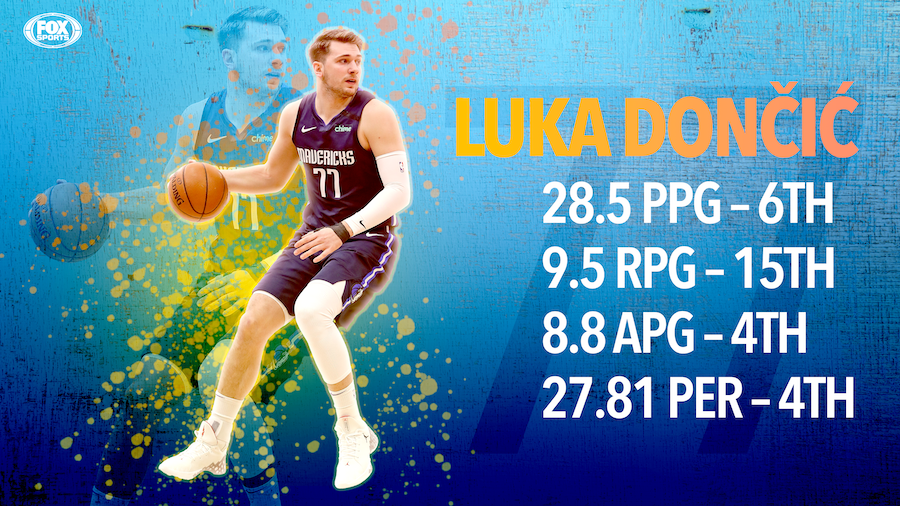 Luka Doncić turns 21 today. Him mic'd up is absolute gold 😂

Both Zion and Doncic are the future of the NBA, specifically on the Western side of things.

We won’t be able to write one of their stories without multiple cameos from the other.

.@DaTrillStak5 on Luka vs Zion:

"Luka is just too much, he's way ahead of his time. He has way more to his game than Zion, so you can't compare them right now. He's just not as athletic as Zion, but he does everything better right now." pic.twitter.com/0VuJVagepq

Currently, Doncic has a bit of separation between himself and Zion, especially considering the Mavs are currently seventh in the Western Conference and essentially a lock to make the playoffs.

"The Mavs can cause some problems. Their offense is so overwhelming they could, in the first round, take a series to 6 games. And once you get to 6 games, you're a dangerous team. If Luka is healthy he's as scary as almost anybody in the league offensively." — @getnickwright pic.twitter.com/8g9mXAtRQx

Luka Doncic is a star. Zion Williamson will be an icon. @ColinCowherd on the difference between the two future stars of the NBA: pic.twitter.com/YG1rtrS9Br

…don’t forget about Large Luka (we got out of hand with the nicknames).