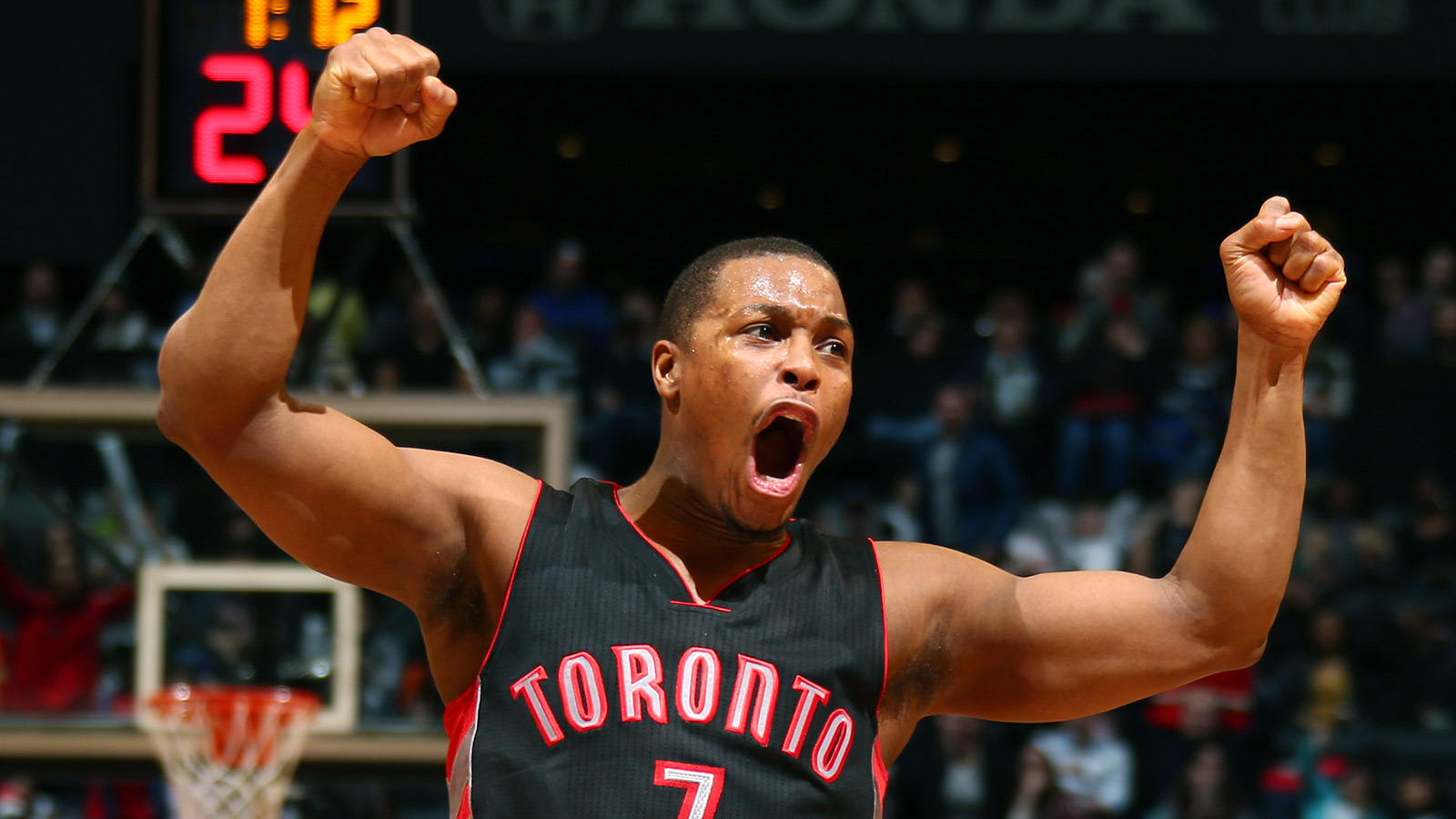 The 2015-16 season has officially started for the Toronto Raptors, with media day underway on Monday morning. And with the curtain pulled back on the new year, there's one thing that jumped out right away among the Raptors: point guard Kyle Lowry is looking kind of ripped.

It's great for the Raptors that Lowry is in such good shape, but his teammates weren't going to pass up an opportunity for a little team bonding at Lowry's expense, joking that the now-skinny point guard is “more aerodynamic” and that he looks like his evil twin brother:

If Lowry grows a mustache and twirls it at the ends, then the “evil twin” theory might need to be investigated.