Rajon Rondo opens up about tense year with Sacramento Kings 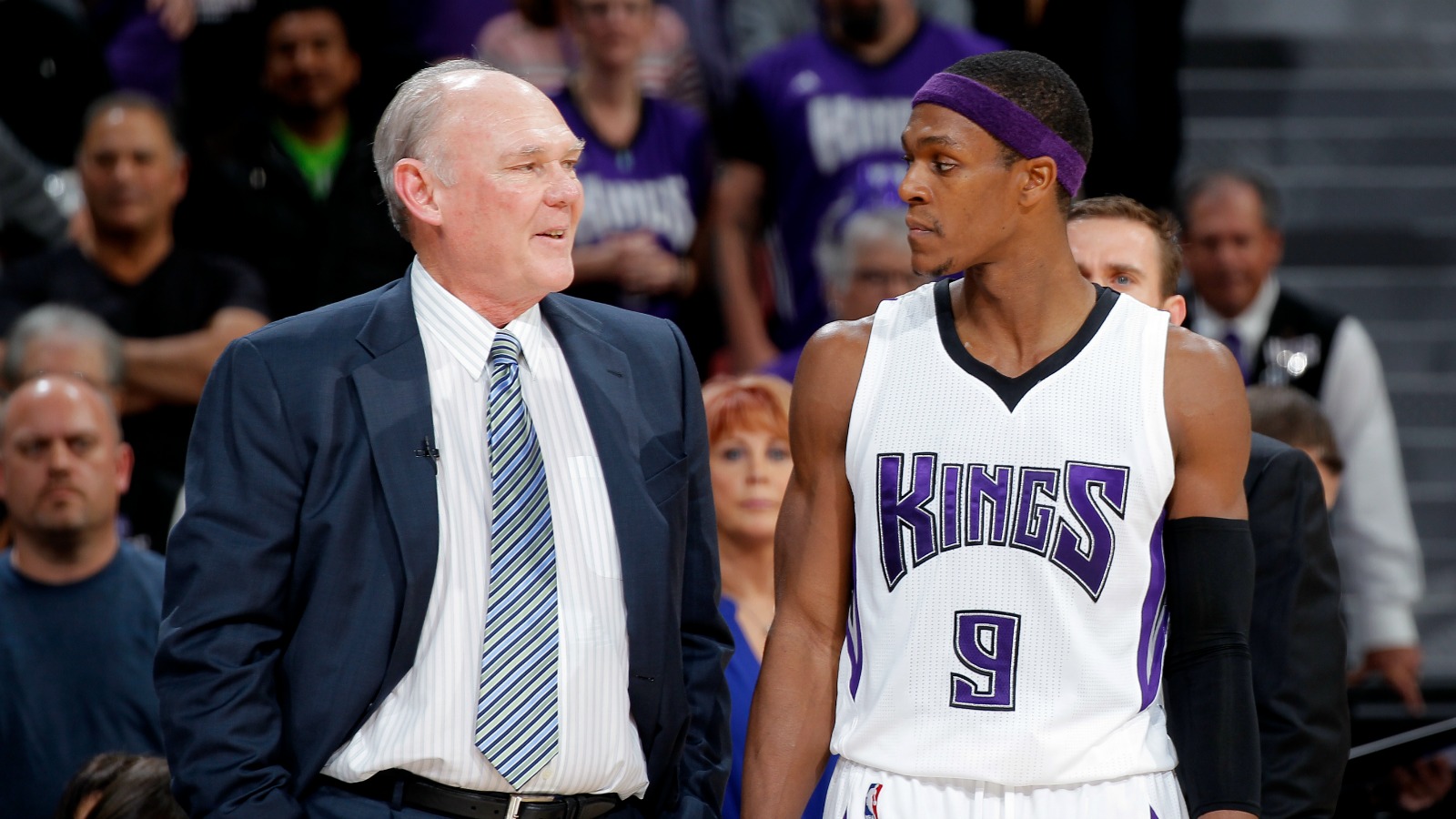 If his Tuesday interview with ESPN’s Rachel Nichols is any indication, Rajon Rondo is already gathering his effects for a new city this fall.

The 30-year-old point guard spoke about his time with the franchise in unvarnished terms, saying the environment was tense, although nobody seemed to be overly concerned with putting in the work.

"There were too many distractions on and off the court," Rondo said. "The organization as a whole, I don’t think was together completely. I think as a team you have to want the best for the next man beside you, and that wasn’t the case with the Sacramento Kings."

"Too much tension," Rondo said, describing the atmosphere when Cousins and Karl interacted. "I’ve never witnessed or experienced anything like that in my 10-year career."

One bright spot for Rondo was getting to play with Cousins, whom he called the "best big in the league."

As for the whole being-on-the-Kings-still thing, Rondo said he’d love to keep playing with Cousins, but would prefer to be somewhere where players like each other and push each other to be better.

"I want to see myself in a situation where guys want to grow, guys want to get better…to get around guys that want to be around one another," Rondo said. "I don’t want to be the hardest-working guy in the gym."

I want to see myself in a situation where guys want to grow, guys want to get better…to get around guys that want to be around one another

Dan is on Twitter. Rondo to the Knicks. Make it happen.