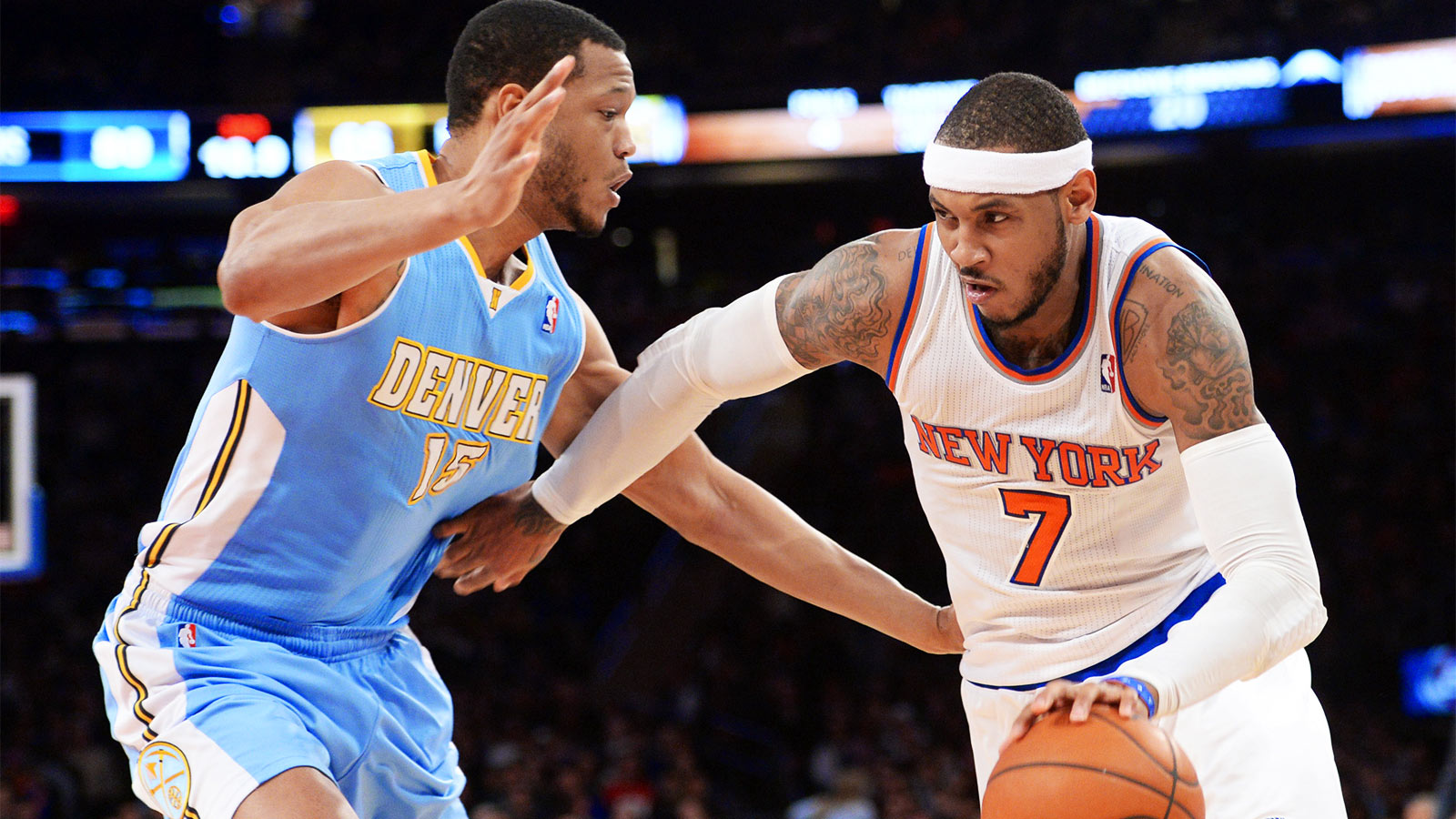 After missing the entire second half of the New York Knicks’ season last year with surgery on his left knee, it looks like Carmelo Anthony is back.

.@derekfisher on @carmeloanthony's health for #KnicksCamp15: "Medically speaking I think he is a full go."

It only makes sense to take it slowly with a 31-year-old who’s coming off surgery, especially on a team that probably won’t contend for anything more than a No. 8 seed in the Eastern Conference. Why rush someone who can help your future so that he can contribute to such a bleak present?

Now that he’s back though, Melo has one main question which seriously stands out: How the heck is he going to look on defense? Anthony was never a defensive-minded player and guys tend to fall off on that end with age and injury. After surgery, is he going to be hesitant to cut and move abruptly, hindering his defensive play even more?

Phil Jackson says he discussed defense with Melo, but also has an interesting take on New York’s stoppers for the upcoming season:

Phil said he had conversation with Melo a few wks into last year abt his activity level defensively, largely bc he was struggling w his knee

Phil thinks Knicks "have a chance to be a really good team defensively." Cites the Lopez-instead-of-Monroe pickup as part of reason why.

The Knicks don’t have new guys running the bench, but they do have a revamped roster that includes new additions Robin Lopez (above-average anchor), Arron Afflalo (capable defender), Kyle O’Quinn (capable), Kevin Seraphin (same) and Derrick Williams (not the best defender). Still, it’ll be shocking if the Knicks have anything better than a league-average D next year. Unless they’re willing to implement some adjusted schemes and better execution, it’s not happening.

But having Anthony healthy will at least help making up for some of those allowed points on offense.