Magic Johnson says the late Dr. Buss had ‘a vision’ Magic would run the Lakers

When Los Angeles Lakers co-owner Jeanie Buss recently cleaned house and installed Magic Johnson as the team’s president of basketball operations, many wondered how she could kick her brother Jim Buss to the curb.

According to Magic, the answer is kind of simple: Lakers patriarch Dr. Jerry Buss considered him part of the family as well.

In a recent feature on the Lakers’ front office turmoil, Magic said the late Dr. Buss even dreamed of his superstar point guard running the organization alongside Jeanie.

“He’d tell me his vision was for Jeanie and I to run it. She knew that too,” says Magic Johnson. “[But] He couldn’t put me in that position. I told him that. I was upfront with him. I’d say, ‘You have four boys — there’s no way that’s going to go over well.'”

Johnson had always been something of an adopted member of the Buss family — Dr. Buss even gave him 5 percent of the team upon his retirement.

“He would not have done that if he didn’t want Earvin to be a part of it,” [Jeanie’s younger sister] Janie says. “My dad always looked at Earvin as another son. He had the utmost respect. He made the Lakers franchise; he made us famous. We couldn’t have done it without him.”

“Earvin and I speak the same language,” Jeanie Buss says. “Because we were raised by the same man.”

The Lakers announced Johnson’s hiring as an adviser to ownership on Feb. 2. Almost immediately, he began agitating for a larger role with the organization, telling reporters he wanted a “larger role” in the front office.

Just two weeks later, Magic’s wish came true. One of his first moves in his new role was trading Lou Williams to the Houston Rockets. He also hired Kobe Bryant’s former agent, Rob Pelinka, as the Lakers’ new general manager. Although the Lakers didn’t add the Black Mamba himself to the front office, Kobe did meet with Jeanie Buss in February to give his perspective on the state of the team. According to ESPN, he also “advocated” for Pelinka as GM in that meeting.

Magic is off to a decent start in his new role with his old team — and if he keeps it up, maybe he can restore the Lakers to their former glory. 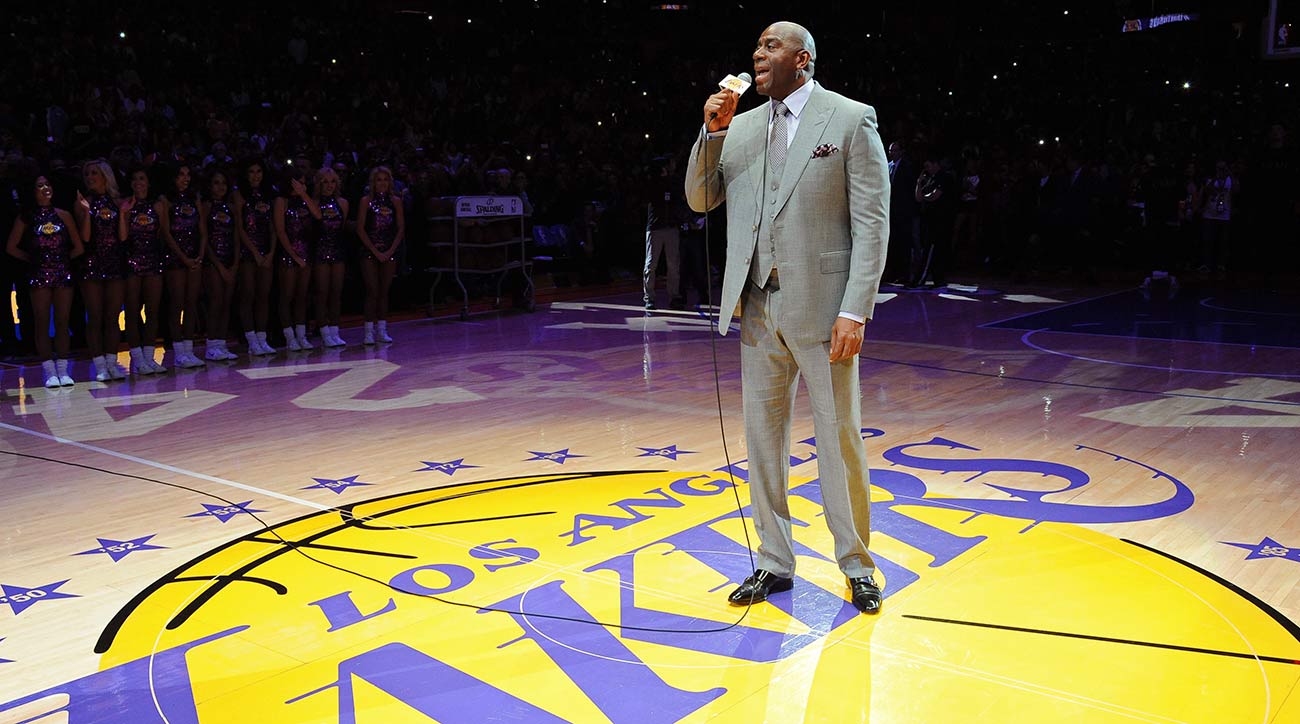 Gallery: 5 steps Magic Johnson must take to save the Los Angeles Lakers