During the All-Star Game on Sunday night the New Orleans Pelicans and Sacramento Kings worked out a blockbuster deal that would send star big man DeMarcus Cousins to New Orleans for a package centered around guard Buddy Hield and a 2017 first-round pick.

Cousins didn’t learn about the trade immediately, however, because he was playing for the Western Conference All Stars at the moment the deal was first reported.

So that led to a situation where Cousins first found out about the deal in the media scrum following the All-Star Game, which you can see here.

DeMarcus Cousins reaction as soon as he found out he had been traded to the New Orleans Pelicans. #DeMarcusCousins #NewOrleans #Pelicans pic.twitter.com/SDKuE2ZEAY

We don’t know exactly what was said to Cousins here, of course, and the trade wouldn’t be officially reported until later in the night, but it’s safe to assume that Cousins was finding out about the possibility of a trade at that moment.

Somewhat surprisingly, Cousins handles it well! After a moment of shock, he asks “Really?” to confirm it’s real, then seems to quickly accept the news and move on with the press scrum. Cousins did grow up in Mobile, Alabama, not far away, and after he got the news, made a point to say how much he likes the city of New Orleans.

Overall, it must have been a strange night for Cousins and his team. That includes after the game, when his manager Andrew Rogers sent out a tweet of a private jet … admitting he and Cousins weren’t entirely sure where they were supposed to fly to.

We don't even know where to go… pic.twitter.com/NV1ySfJvun

I’m guessing they made their way back to Sacramento. Boogie has to pack. 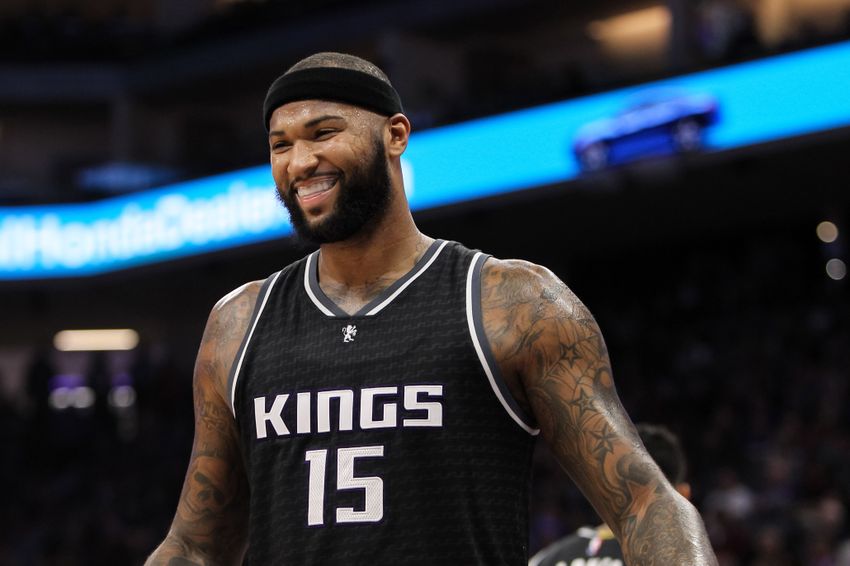 Gallery: NBA players react to the shocking DeMarcus Cousins trade to the Pelicans