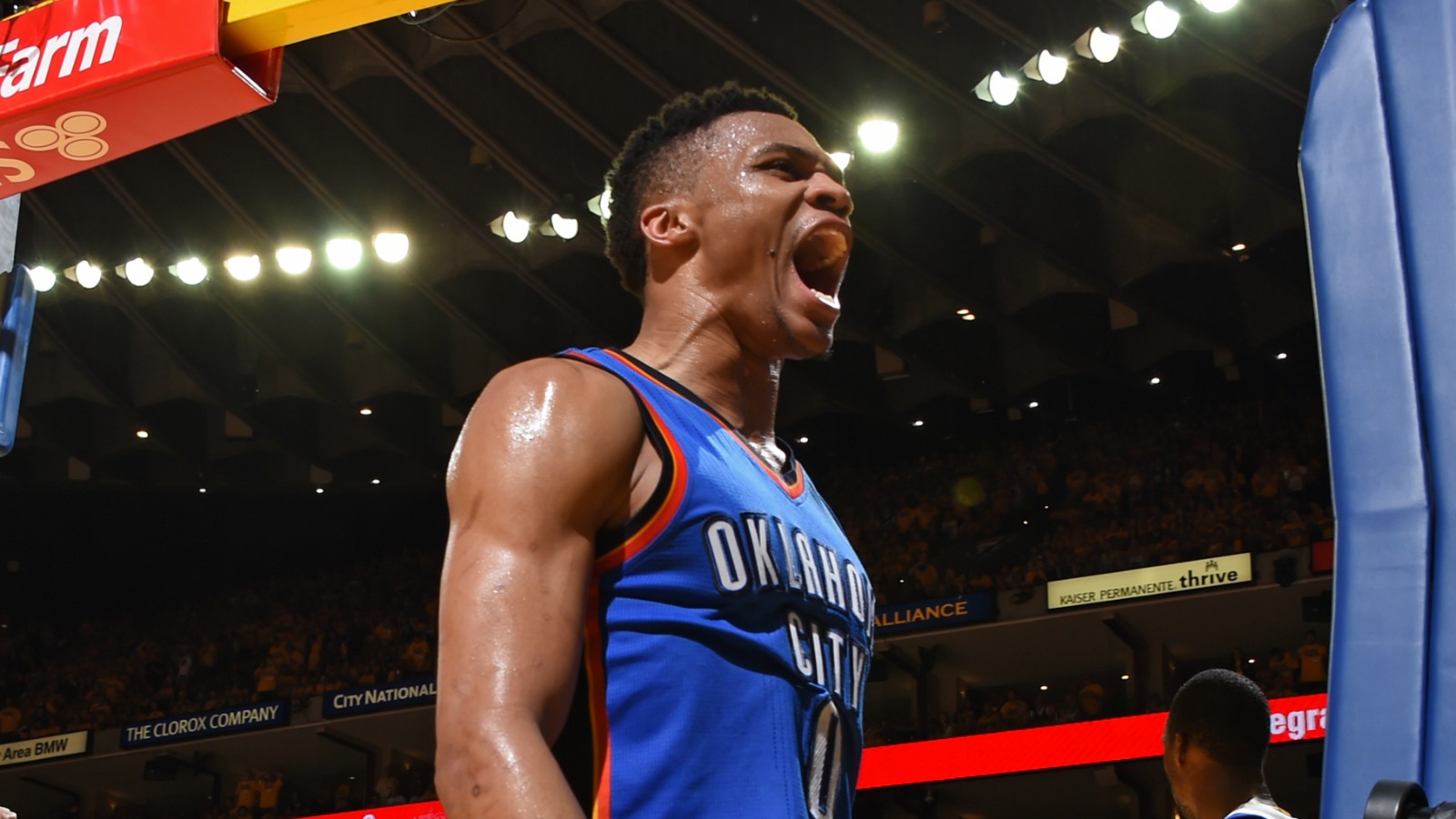 Over the summer we’ve seen a number of NBA stars absolutely destroying little kids at basketball camps, from Stephen Curry to James Harden.

One awesome 7th grader scored one for the campers in a game of one-on-one with Oklahoma City Thunder star Russell Westbrook, draining a game winner in Westbrook’s face from Curry range.

So apparently one of my 7th graders beat Russell Westbrook in 1-on-1 at his camp. Tied up at 2 buckets each, he hit a shot from halfcourt.