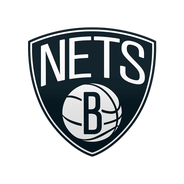 Ellenson hasn't appeared in any of Brooklyn's first four regular season games in 2019-20.

Ellenson played precious few minutes (12) during two preseason appearances and hasn't seen the floor during the regular season. Having signed a two-way deal in the summer, it's not overly surprising that he hasn't cracked the rotation yet. As such, he can be left on waiver wires.