Young talent could steal the Truck Series show at Martinsville

MARTINSVILLE, Va. — There is plenty of young, raw talent to go around in Saturday’s Alpha Energy Solutions 250 for the NASCAR Camping World Truck Series at Martinsville Speedway (2:30 p.m. ET, FOX).

As drivers will be running on limited practice after rain forced the cancellation of Friday afternoon’s Happy Hour session, track position will be at a premium as qualifying for the race is set to start at noon ET on FS1.

As far as the Truck veterans are concerned, Matt Crafton finished sixth in the session, while lasts fall’s Martinsville winner Johnny Sauter wound up eighth and Timothy Peters 14th.

Of course, Martinsville is a tough place to get around and the veterans will be tough to beat, but the young drivers of the series have made their presence known so far this weekend.

And let’s not forget about Chase Elliott. He may be a Monster Energy Cup Series regular, but he can be lumped into the young driver mix.

In October 2016, he was poised to win after starting on pole and leading 109 of 200 laps, but finished second after Sauter stole the show by earning an all-important playoff win.

Elliott could have pushed the issue more, but he didn’t want to affect Sauter’s championship chances. But the spring race is a total different animal. So, this time around, it’s safe to say that Elliott will push the issue more to earn a grandfather clock.

Harrison Burton, the youngest driver in Saturday’s field, showed some good speed after finishing seventh in practice in the No. 51 Kyle Busch Motorsports Toyota Tundra.

Burton will be competing in just his second career Truck race. His first start came in the fall race at the half-mile Virginia track last season where he was running in the top 10 until a crash — not of his own doing — resulted in a 22nd-place finish.

With no much experience under his belt, Burton said he lucky to have veteran drivers he can rely on for help, including team owner Kyle Busch.

“He’s (Busch) is really, really great about coming down and helping us out,” Burton said.

So, can young talent stomp the series veterans and roll into Victory Lane?

Martinsville is difficult to master, but it’s something that’s certainly not out of the question. 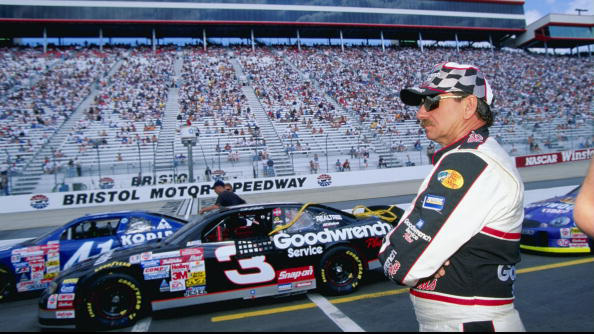