Travis Kvapil, driver of the No. 44 Chevrolet, is interviewed in the garage area during practice for the NASCAR Sprint Cup Series Folds of Honor QuikTrip 500 at Atlanta Motor Speedway on Feb. 27 in Georgia.

The Morrow (Georgia) Police Department has issued a warrant for the arrest of a person of interest in the theft of Team Xtreme Racing’s Sprint Cup Series car last weekend in Atlanta.

Sgt. Larry Oglesby told FOXSports.com the person of interest is the same person seen allegedly stealing the dually truck and trailer from a Georgia hotel in the early morning hours on Feb. 27.

Oglesby said the person of interest has not been cooperative, was asked to come in for an interview, but declined and contacted a lawyer. As a result, the Morrow PD issued a warrant for his arrest Friday afternoon, contacted the person’s lawyer later that day and it was delivered Monday morning.

Oglesby said he hopes once the person of interest is in custody at the local jail he will open up and be more cooperative.

A citizen found the Team Xtreme Racing No. 44 Chevrolet at 3 a.m. Feb. 28 in Gwinnett County, while the dually truck was found around 6 or 7 a.m. that same day by a citizen in Stockbridge, Georgia, according to Oglesby.

Once they were found, Oglesby contacted the owner of both vehicles, and a team was sent from North Carolina to recover the two items.

The trailer is still missing, and the investigation remains open.

Team owner Johnathan Cohen said he learned of the arrest warrant from the FOXSports.com email asking for comment.

"This guy ruined my season," Cohen said of the person of interest. "It hurt my points and could hurt a lot of people’s lives."

Contrary to Oglesby’s comments, Cohen said the team’s spare engine was never in the stolen trailer and had been transported to Atlanta Motor Speedway in the team’s primary hauler the day prior to the theft.

However, Cohen said the miscellaneous parts — including shocks, gears and a transmission — are nearly impossible to replace and have impacted the team’s ability to prepare for this past weekend’s race at Las Vegas Motor Speedway and the next two events at Phoenix International Raceway and Auto Club Speedway.

FOXSports.com has obtained a copy of the original police report from the incident: 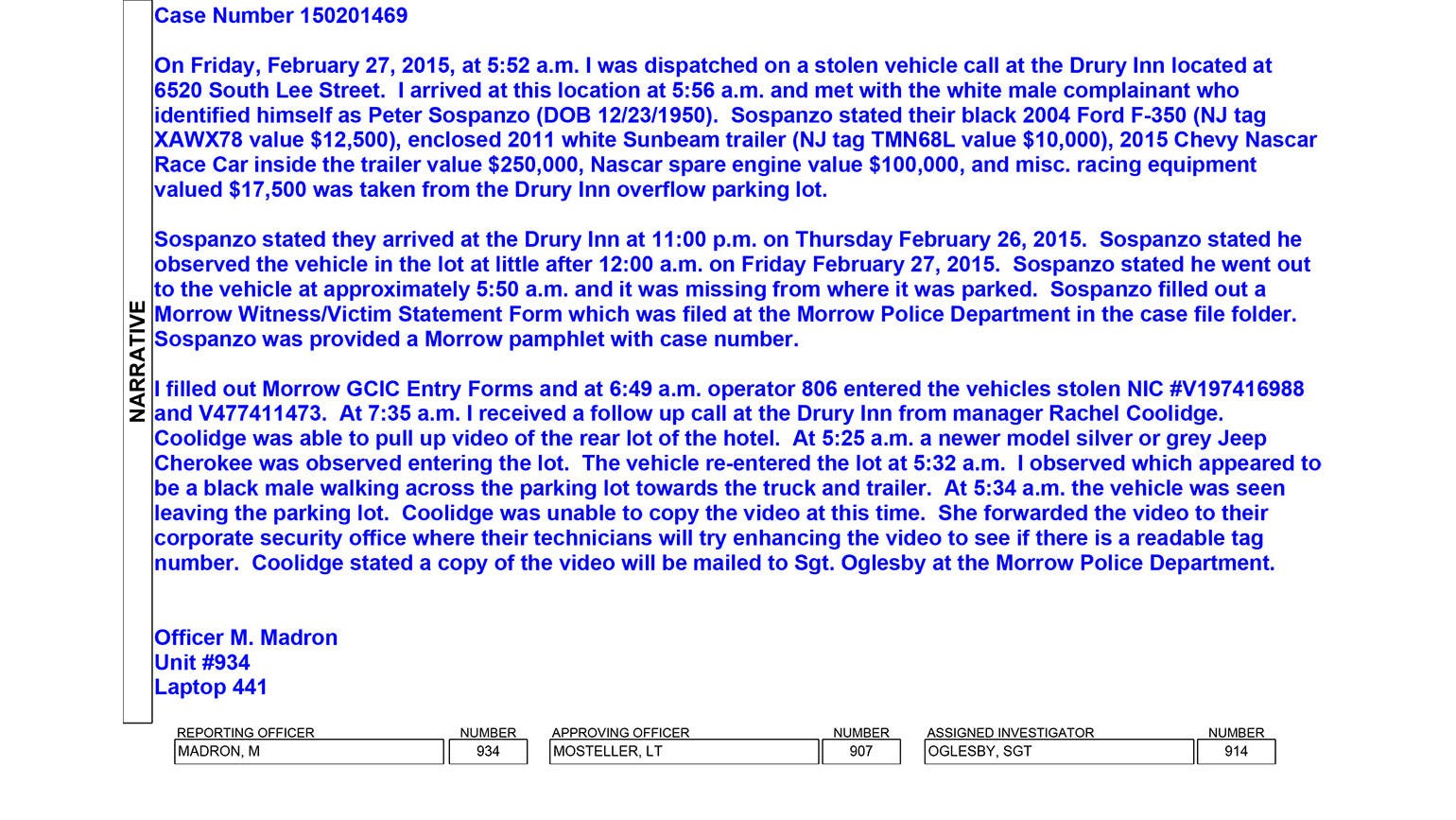 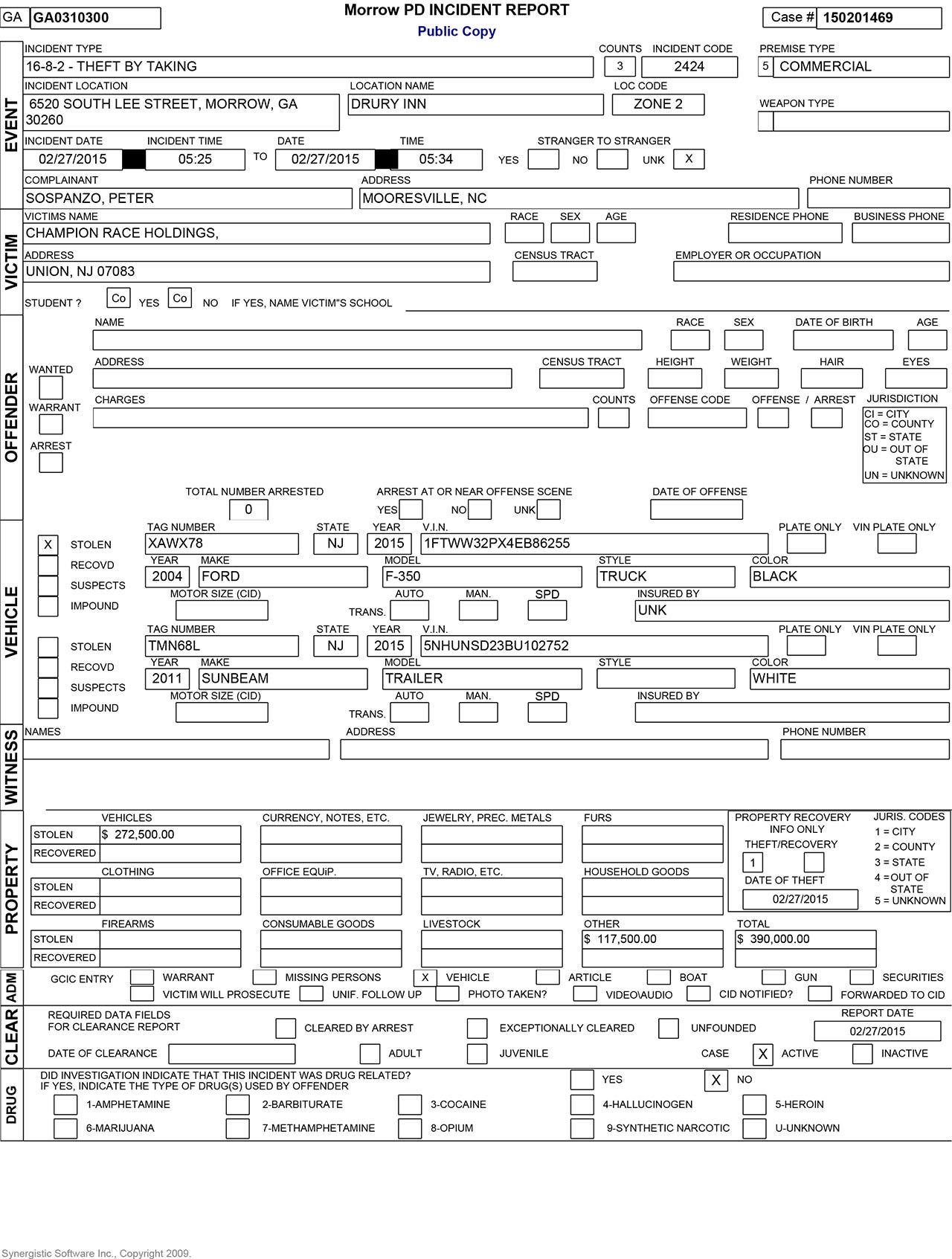