Missing from list is a driver for the No. 14 Stewart-Haas Racing Chevrolet, although Brian Vickers was announced as the car’s driver in a press conference on Friday at DIS.

The No. 14 SHR team was originally supposed to be part of the event, but the team’s eligibility was uncertain after SHR announced last week that Tony Stewart it out indefinitely with a back injury. 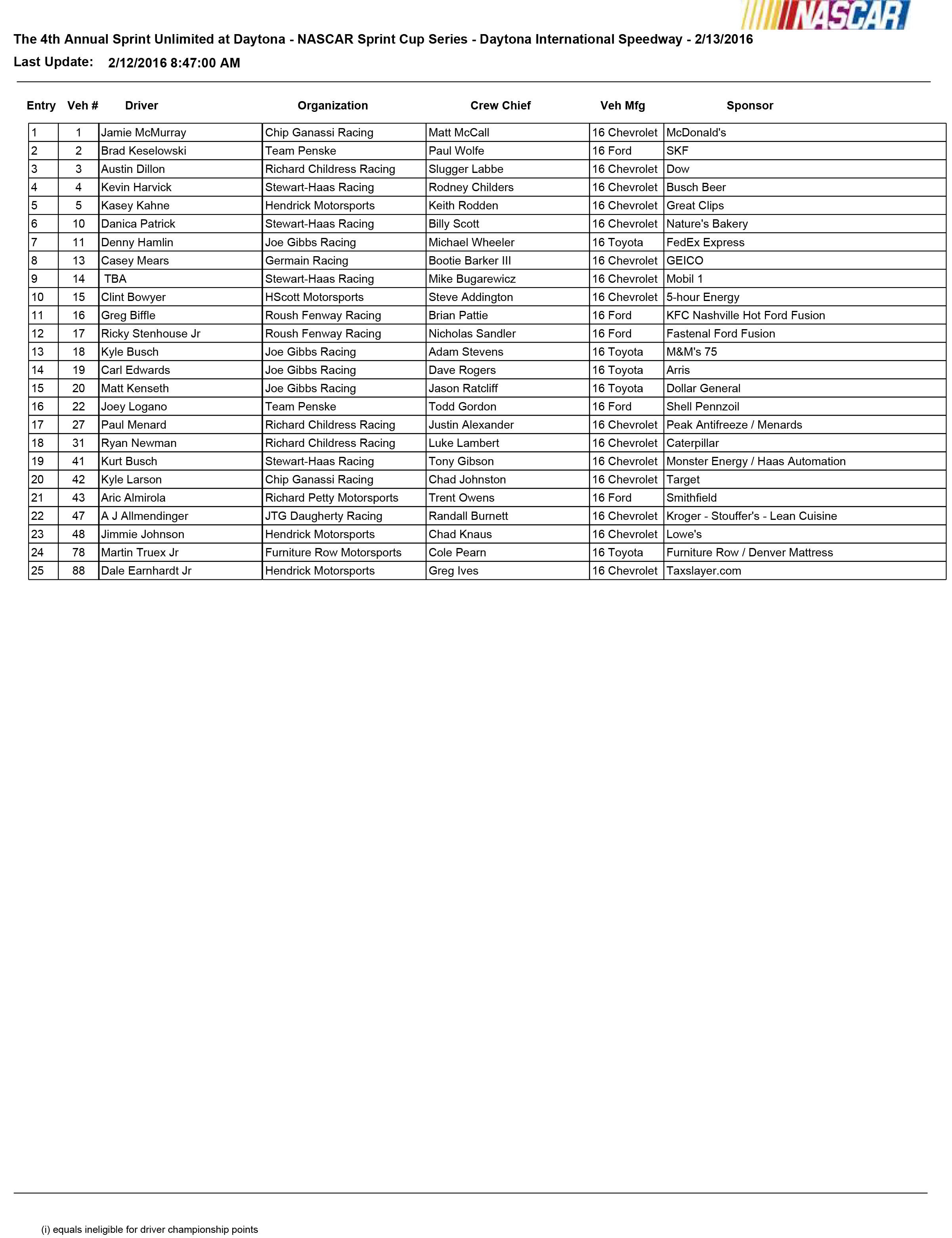